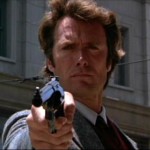 There are many iconic quotes or lines from books, movies and television that crystallize an image of a hero, or a heroic moment. Earlier we discussed Nathan Hale, and his unforgettable last words, “I only regret that I have but one life to lose for my country.” In Clint Eastwood’s Dirty Harry movies, the image of Clint saying “Go ahead, make my day,” is unforgettable. Such quotes create a clear, sharp and unforgettable image. But some memorable moments are made more so by readers and audiences making a good phrase even better, thus making the words even more heroic and more memorable.

Several examples are notable. We have written before about the fictional detective Sherlock Holmes, and the related importance of sidekicks for many such heroes. For Holmes, that person is his friend and colleague Dr. John Watson. If people know only one specific Holmes quote, it is likely to be this comment to his partner, “Elementary, my dear Watson.” That’s all well and good, but in the four Conan Doyle novels, and his dozens of stories, Holmes never utters that phrase. He says “elementary” often enough, and he frequently says “my dear Watson,”

but he never links the two. But the two go so naturally together, that they create a better image of Holmes and his relation to Watson than the many phrases that only come close to the memorable combination.

Speaking of Clint Eastwood, people easily recall one of the last scenes in Dirty Harry where the villain is deciding whether to reach for his pistol. He’s uncertain whether Harry has any more bullets in his .44 magnum handgun. Harry snarls, “Do you feel lucky?” It’s a popular culture phrase. But there’s one problem. Eastwood never says it. Rather, he says, “You’ve got to ask yourself a question. €˜Do I feel lucky?'” But the phrase as remembered is more natural and quotable, and can be used conversationally more easily. And in fact, Dirty Harry follows up his statement above with “Well, do you punk?”

Another example from film: In the well-loved movie Field of Dreams the character played by Kevin Costner hears a voice in his cornfield, “If you build it, they will come.” That memorable phrase is often used in conversation. It makes a point about how activity of various kinds can attract others, and it is nicely associated with the characters in the film. Except again, that’s not what Costner says. The voice he hears refers to a single individual, perhaps Shoeless Joe Jackson, or perhaps Costner’s father. It says: “If you build it, he will come.”

One of television’s most iconic series, subsequently made into a number of films and several sequel series, was Star Trek. And fans love Captain Kirk’s line, “Beam me up, Scotty.” This classic phrase underscores the role of one of Kirk’s sidekicks, Scotty, who frequently is called upon to transport Kirk safely from danger. But once again, this exact phrase is never uttered. 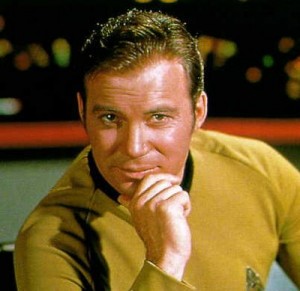 One final example:  Watch the movie Casablanca again, and listen carefully. Do Ingrid Bergman or Humphrey Bogart, playing Ilsa Lund and Rick Blaine, ever smile at Dooley Wilson, the piano player, and demand, “Play it again, Sam”? The answer is no. They say variations of the line, but never that exact line.

Why does this happen? Human beings have a need to organize experience in coherent ways. We create meaning, and construct memories that make the flow of events we encounter even more meaningful. Vivid images, such as the Iwo Jima statue in Washington, and pithy quotes, such as “Make my day,” stay with us. If we can make them even easier to remember than they are already, our constructive memories will do that for us.