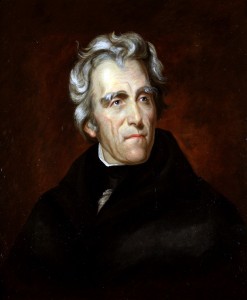 On the surface the 7th President of the United States seems ready made for the mantle of hero. He was born into poverty from Irish immigrant parents in 1767, fought briefly in the American Revolution, studied law and became the prosecuting attorney for western North Carolina, elected to the House of Representatives in 1796, and later the Senate the very next year in 1797. He even served in the state supreme court.

He rose to fame during the War of 1812 when he soundly defeated the British at the Battle of New Orleans using a remarkably egalitarian force of slaves, Haitians, Choctaw, French pirates, Canary Islanders, and frontiersmen. The press declared him a hero and dubbed him “Old Hickory”. He went on to serve as Governor of the newly acquired Territory of Florida. He ran for President in 1824, winning the popular vote but losing the Electoral College. He ran again in 1828 and won and 4 years later won reelection. Andrew Jackson seemed to live a life that, had it been the product of some work of fiction, would seem almost too much to believe. Certainly a hero. 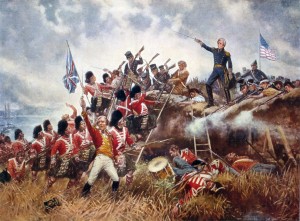 There was another side to Andrew Jackson. He was a man who engaged in duels, killing Charles Dickinson in 1806. During in the First Seminole War he inflicted harsh discipline on his troops, including executions for mutiny. The necessity of some were questioned. Later he would capture two British subjects, Robert Ambrister and Alexander Arbuthnot, and believing them to be agents sent to supply the Seminoles Jackson had them tried and executed. The questionable aspects of the Arbuthnot-Ambrister Incident, which included the invasion of Spanish Territory, would see Jackson investigated by Congress. While Congress would find “fault” with Jackson’s handling of the trial and execution, they would not take any action against Jackson.

And as President Jackson would oversee one of the more shameful moments in American history. In 1830 he signed the Indian Removal Act which called for the forcible removal of Native Americans from their lands. The Cherokee Nation would actually take their fight to the Federal Court in an attempt keep their lands and in Worcester v Georgia The Supreme Court ruled against the relocation. Of the ruling Jackson would reputedly say “John Marshall (the chief justice at the time) has made his decision; now let him enforce it!”. There’s been dispute on whether Jackson in fact uttered those words, but unfortunately they did seem to sum up his attitude. While the Cherokee would not be removed till the Van Buren Administration, the Choctaw, Seminoles, and Creek would see removal under Jackson’s watch.

But none of this seems to have affected Jackson’s popularity, which only increased. 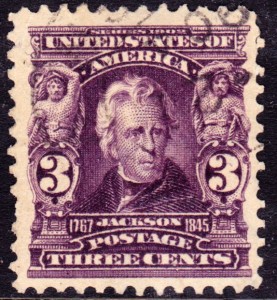 After his death his image would appear on no less than 13 postage stamps, have numerous memorials, counties, and cities named after him, his image is on the $20 bill and has been on numerous other denominations over the years. In a 2009 C-SPAN Survey of Presidential Leadership, historians placed him at 13th.

So was Andrew Jackson a hero for his leadership during his Presidency? A villain for his actions? Both? Neither? This is why the notion of what is a “hero” is so nebulous. Public and historic consensus focused on his actions in the War of 1812, or his handling of the Nullification Crisis, or simply his stellar political career. The darker aspects of his persona are ignored or excused. Jackson certainly wouldn’t be a hero to Native Americans, or the British, or the Spanish. To this day we face these questions when declaring heroes. Do the person’s admirable qualities outweigh the frailty of the human condition? Who decides?

The author, Jesse Schultz, routinely has a few $20 bills in his back pocket which he happily sits on.