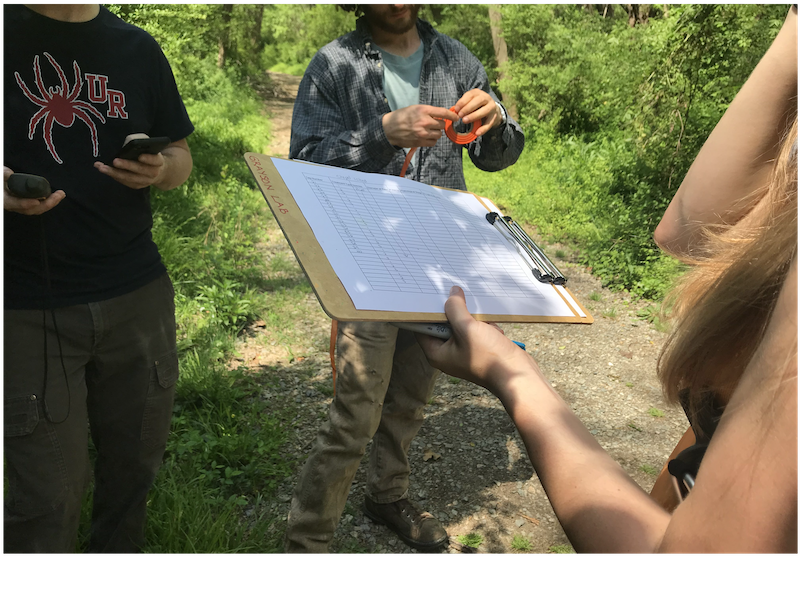 Thick, impenetrable walls of green rise on either side of the trail. For a moment, the gravel path I’m walking on seems to intrude on the natural environment, as if our group is exposing an ecosystem that has been here forever. But has it? Or, is the green shrubbery that we see the intruder?

I had come to Great Shiplock Park to meet Madelyn Hair, a University of Richmond biology major, who is doing research on invasive species along the James River.  These plants, not native to Virginia or even North America, can grow rapidly and overwhelm trees and other plant species native to the river. In fact, she says, most of the greenery I see along the path to her research site is made up of invasive species. 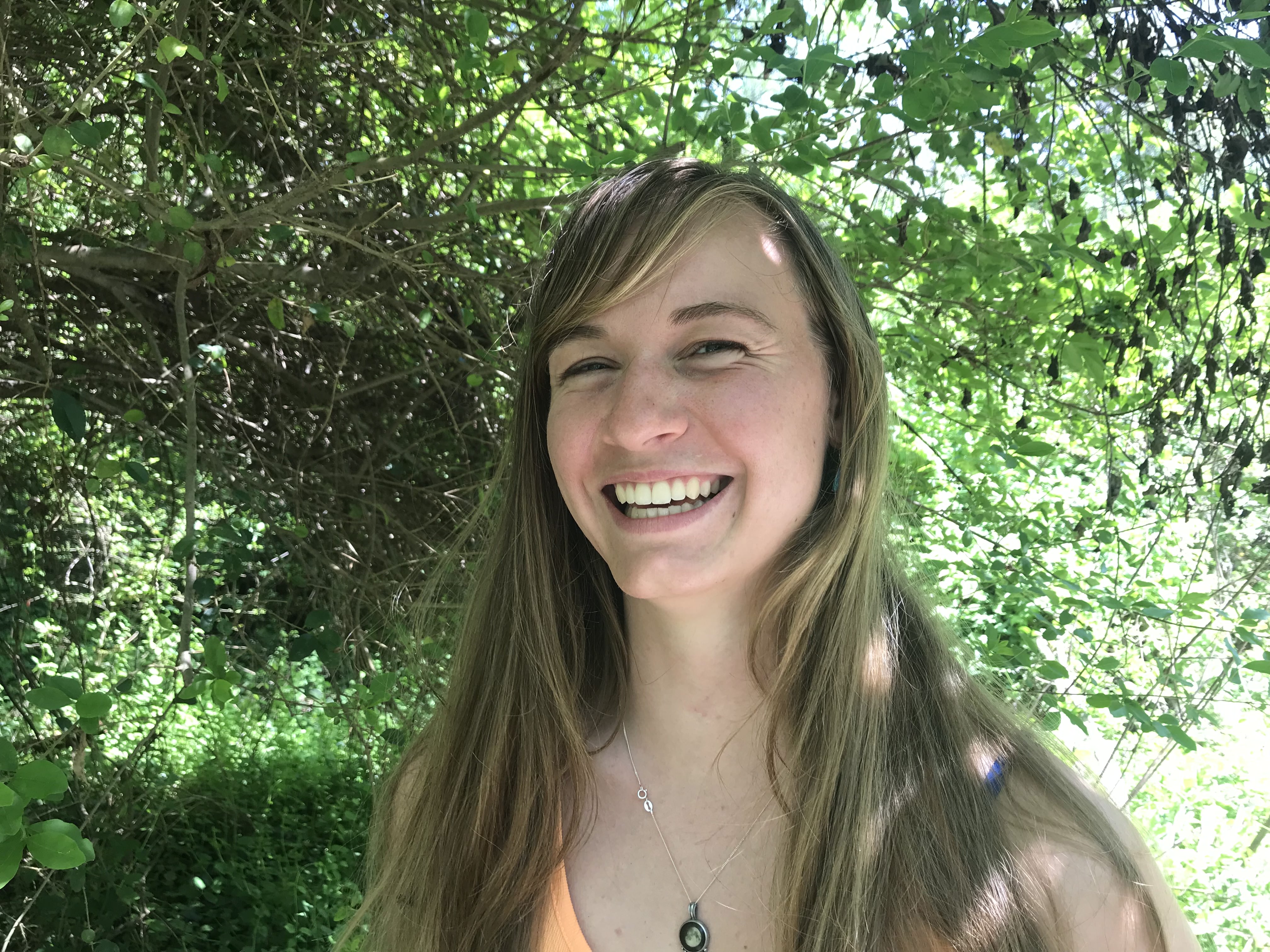 Hair’s research focuses on a small bushy plant, called privet, that originated in Asia and was introduced in the 1800s as an ornamental plant. Characterized by small round leaves that are present year-round, the bush thrives along the James River and can grow up to 12 feet tall.

Hair is researching practices to remove these invasive species, while not impacting the local flora around it. The current practice for pesticide use is “cutting & painting” herbicide on the plants; where the invasive species is cut down and herbicide is painted on the stump to kill it. However, Hair believes there may be more efficient methods for removal that she and other researchers have recently begun to explore.

Stem injection of herbicide, for example, causes “fewer casualties and [is] less labor intensive” than cut and paint, as only a small hole is required to administer the herbicide to the invasive plant. Privet is a multi-stem bush, which means that it may be a good candidate for stem injection. 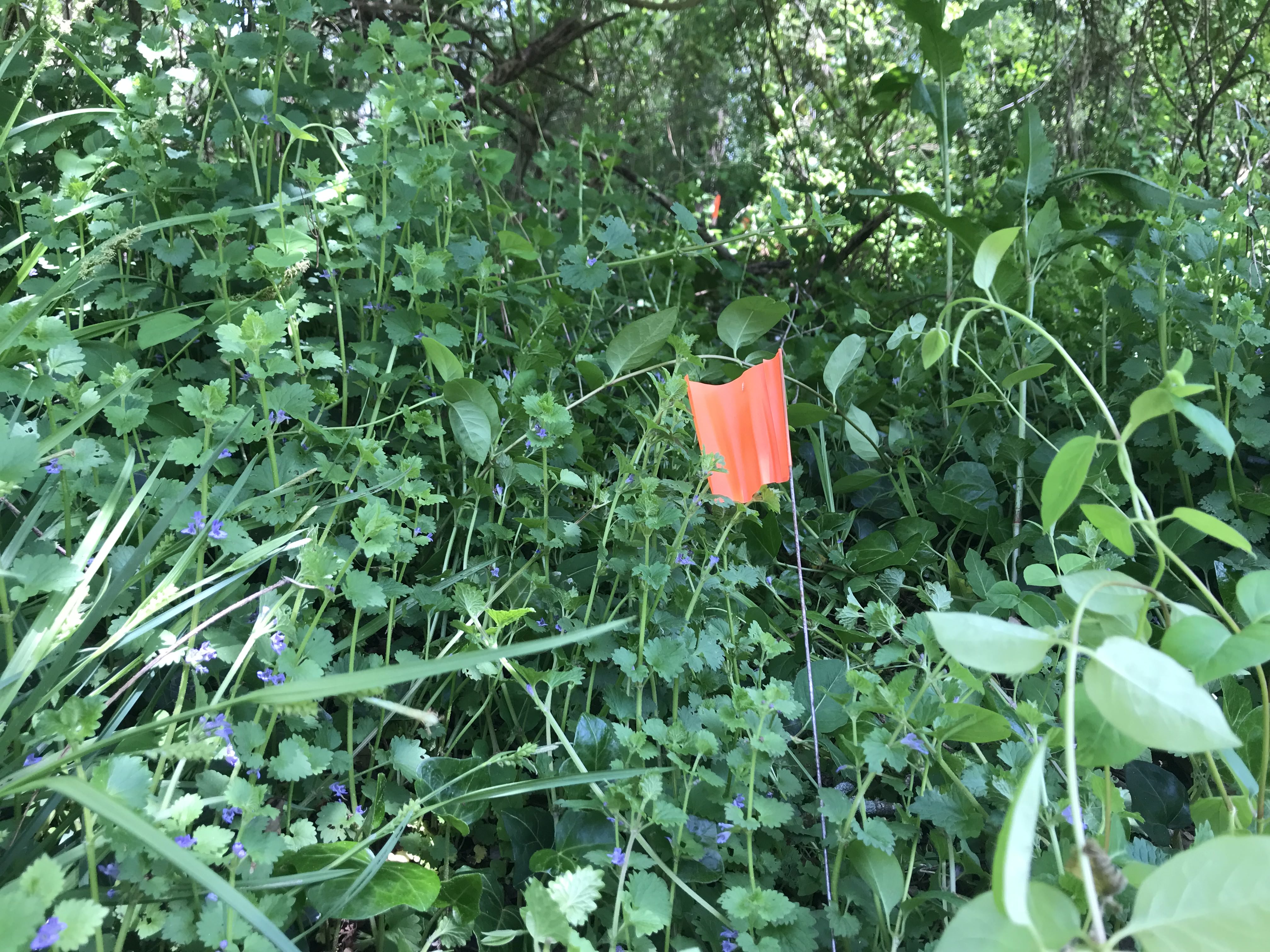 As a biology major and environmental studies minor, Hair says that Richmond is a great place to work (“it’s rare to have such a large piece of nature in a large city”), and that her research along the river has connected her to organizations such as the James River Park System’s Invasive Plant Task Force—a group of volunteers dedicated to the removal of invasive species on the James River- who came to help her stake out a field site while I was with her. She says working within the park system along the James is rewarding because there is a visible impact.

It’s also important. The need to eradicate privet and other invasives from the James River ecosystem is urgent, she says.

“If they go unchecked, there will be no more big trees in the park.”