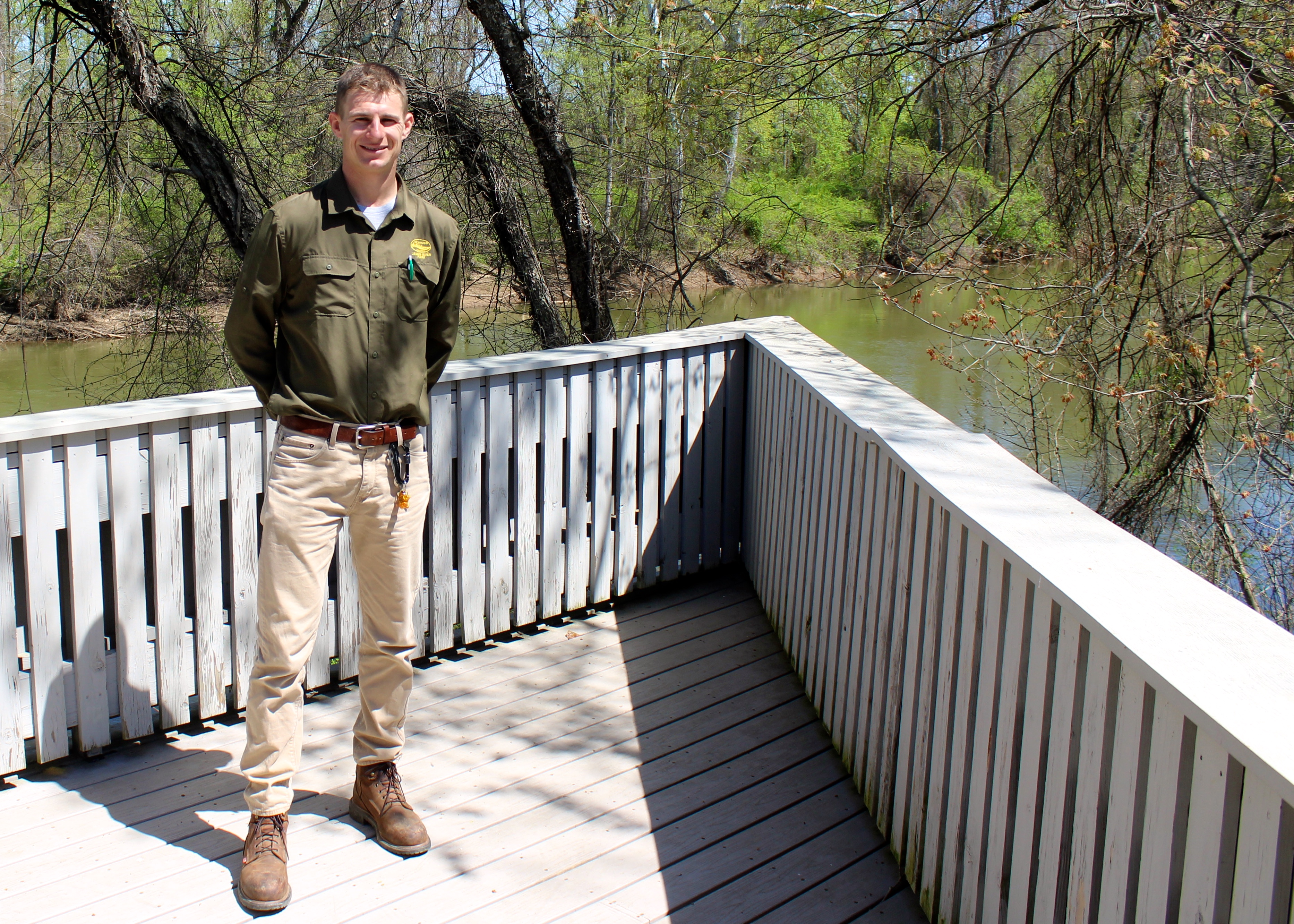 The James River will always be partially defined by its rich, winding history, but it is the people that care about preserving and improving Richmond’s unique feature who are taking action to make sure America’s founding river is supported and thriving.

This was not always the case.

“The river was taken for granted,” said Bill Street, chief executive officer of the James River Association. “For many years Richmond turned its back on the river because it was polluted.”

In July 1975, Richmond’s abuse and isolation of the James River caught up with the community. Just downstream of Richmond, the Life Science Products Company was caught releasing massive amounts of Kepone, a highly toxic pesticide normally produced in powder form, contaminating workers and the James River. In the aftermath of the pollution, most fishing in the James River from Richmond to the Chesapeake Bay was shut down, according to the New York Times.

Today the James River and the encompassing park system are in much better condition, thanks to organizations like the James River Association, the James River Park System, and a growing community of citizens who care about the river’s well-being and preservation, often donating money and volunteering. 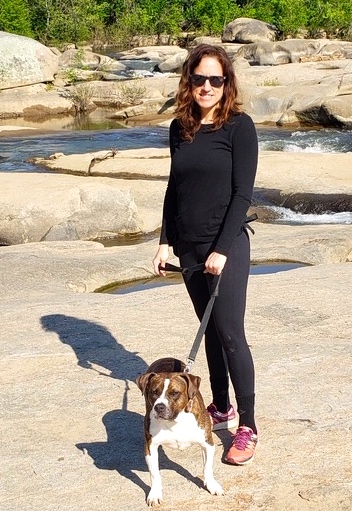 ‘River angel’ Christine Owen and her dog, Midge, at the 22nd Street Dry Rocks on the James River.

Christine Owen (right), a behavior analyst for children with developmental disorders, is one of the many people who frequently volunteer with the river park system, helping pick up trash or other waste and removing invasive plant species in different areas around the park.

“On a personal level, I really do just enjoy [volunteering]. I enjoy making the connections with other people and the connections with nature,” said Owen, a resident of Forest Hill. “Also, from a civic standpoint, I utilize the parks a lot and I want to maintain them. The big thing with the parks is that they are heavily used—not just by residents of Richmond, but by people from surrounding counties and people from elsewhere.”

Bryce Wilk, superintendent of the James River Park System, appreciates volunteers or anyone willing to help.

“At the moment, I only have four full-time staff, including myself, for nearly two million visitors that come in every year,” Wilk said. “Volunteers can see issues arising that the four of us can’t get to in a given week or month, or even a year. They are the backbone of the park system.”

Like Wilk, Owen sees a need for more river park staff and a larger budget.

“The city does not budget anywhere what they need to for the maintenance of the parks, the number of people they have on staff, on payroll, it is just a pittance,” Owen said. “Without the volunteers, [and other groups], the parks would be like what I remember them to be when I first came to Richmond: overgrown, full of litter, didn’t feel safe and they were not used anywhere to the degree they are now.”

People who use the river park system for recreation notice the impact that volunteers have.

“We call them ‘trail angels,’” local resident Tim McCreary said. “A tree could be down from a storm and within two days it’s gone. I hardly ever see them working.”

“You don’t need any particular technical skills to do this,” said Owen. “If you can pick up trash or yank a plant, they have a job for you.”

Although the river is the cleanest it has been in many years, there is still room for improvement. The State of the James report card,  released by the James River Association every two years, examines four categories—fish and wildlife, habitat, protection and restoration actions, and pollution reduction—and gives the James a score for river health. 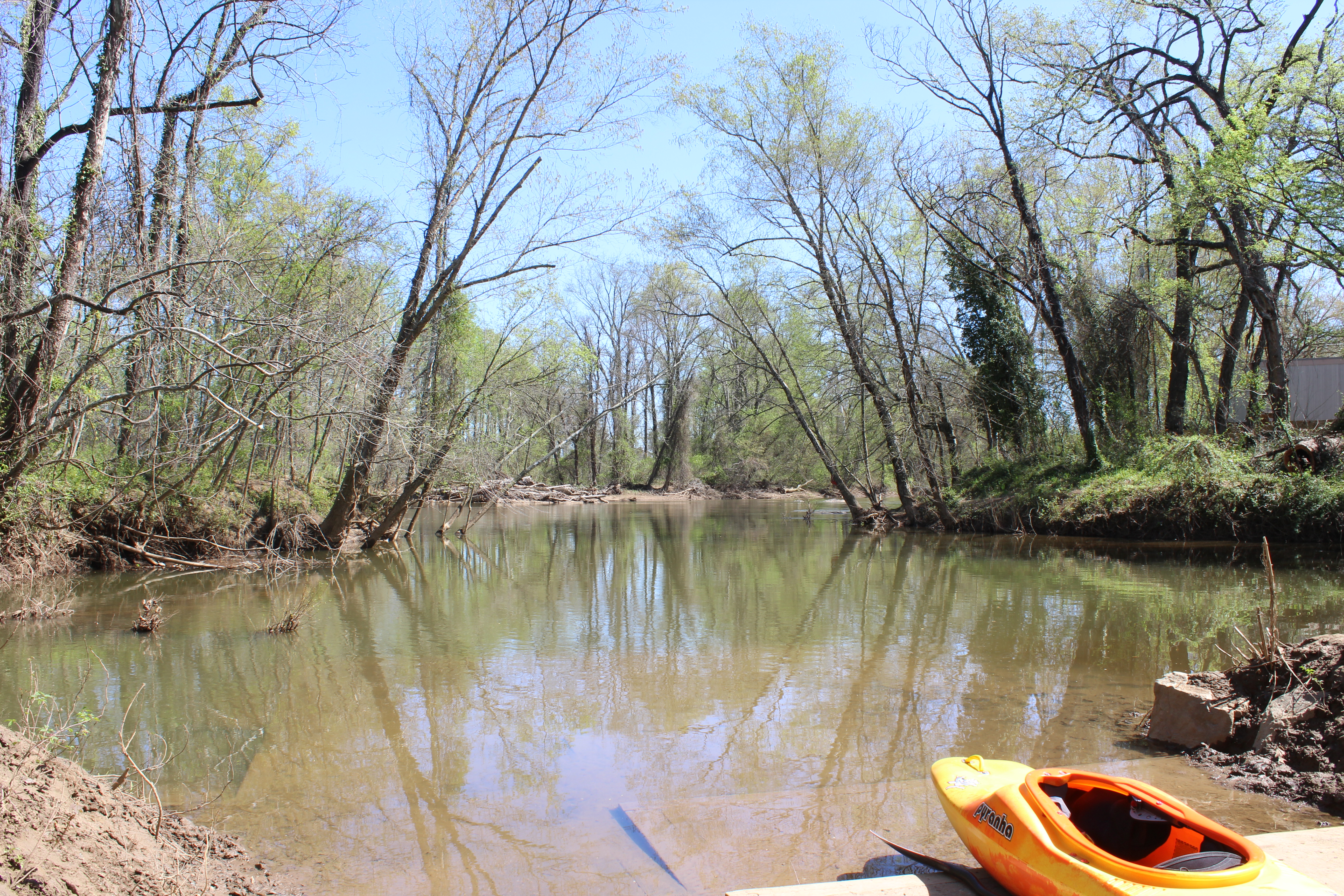 A lonely kayak sits at the water’s edge. (Photo by Jacob Taylor)

The 2017 State of the James gave an overall score of 62 percent or a B-. Within the four categories of the report, pollution reductions scored the lowest at 56 percent or a C+, according to the James River Association website.

“Anybody who uses the parks, if you are a runner or a cyclist or whatever, it seems only fair that once a year you come through to do a trash removal,” Owen said. “It’s amazing what a just a small number of people can do in a few hours.”