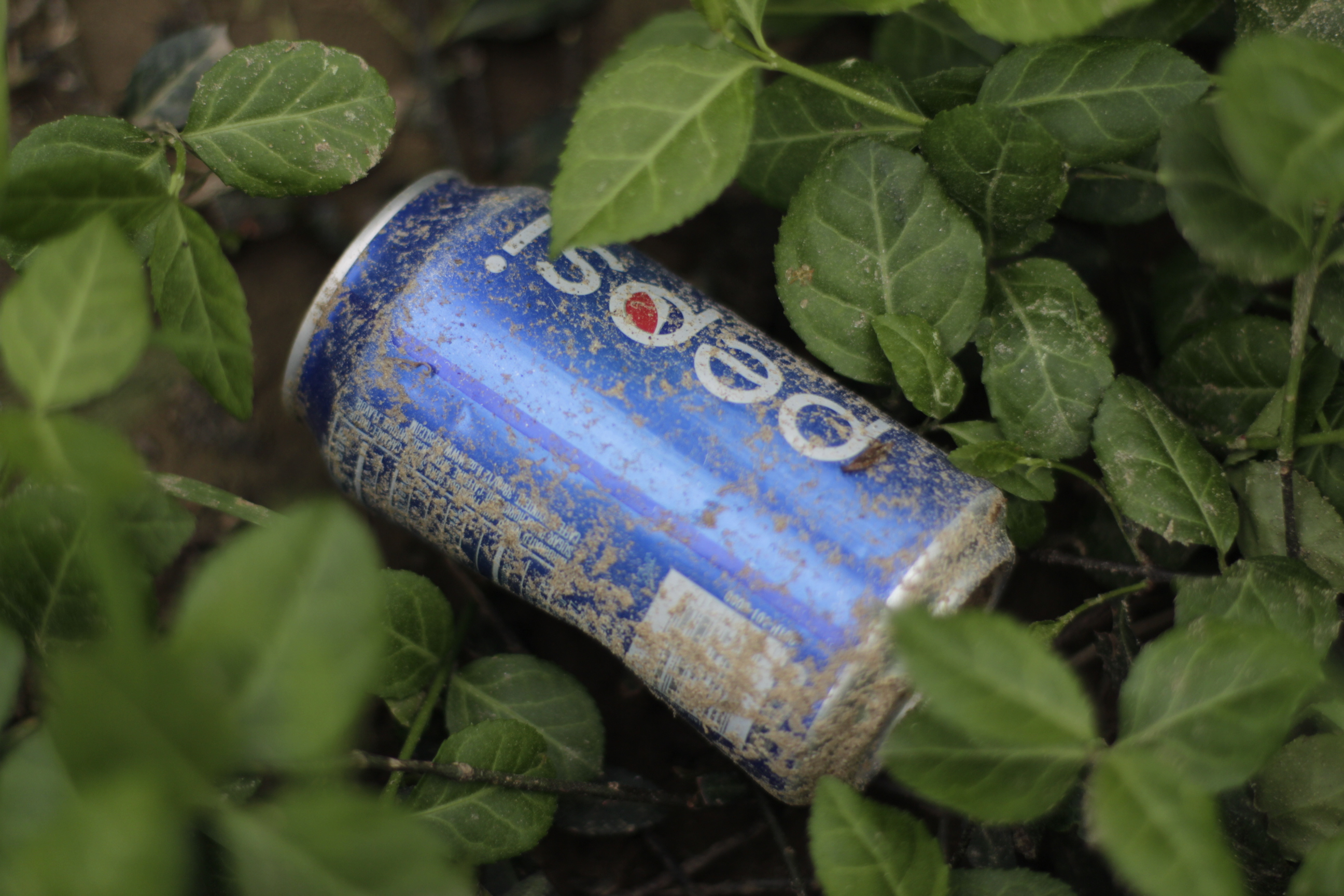 The visible and invisible impacts of litter on the James River

When I stepped out of my car at Pony Pasture, a recreational hotspot in the James River Park, I immediately looked down, hunting for trash. At first I didn’t see much. There was litter here, I knew, but the trash blends in. Cork camouflaged in pine chips, glass mixed in river stones, and a beer can shoved between two rocks. Sometimes trash almost looks like it belongs and has been there as long as the James has been carving its way through Virginia.

Blatant littering and disregard for the environment has been stigmatized since the 1970’s, partly due to stiff penalties imposed by local governments and the efforts of NGOs to keep these outdoor spaces clean. According to Virginia law, littering is “a misdemeanor punishable by confinement in jail for not more than 12 months and a fine of not less than $250 or more than $2,500.” However, there is still an abundance of litter on the paths along the James, in the water, and hidden in the rocks along the water’s edge.

Most can agree there’s nothing beautiful about a plastic bag floating in the river or a can hidden by undergrowth, but the anthropological residue along the James can also cause serious environmental impacts. Not only does all trash eventually reach the ocean and the coastal communities around them, but pollution can cause invisible effects, like the buildup of plastic and microfibers in fish and other aquatic species, including those consumed by people.

While many people are familiar with images of sea turtles with plastic around their necks and other ocean dwellers surrounded by floating trash, freshwater ecosystems are often underrepresented in campaigns that advocate for litter-free environments.

In her research about the presence of microplastics in the Great Lakes, Sherri Mason described the problem that arises from pollution in freshwater ecosystems: Litter eventually breaks down into tiny pieces that are small enough to be ingested by fish. While it is hard to know exactly what this may do to populations of marine species, some scientists speculate that these pieces of plastic could lead to an accumulation of toxic chemicals as they move through the food chain and may inhibit the reproductive capabilities of some species.  In addition, a recent study of the Chesapeake Bay found microplastics in 98% of all water samples, indicating similar levels in the Chesapeake’s tributaries, like the James River.

With the annual cleanup for the river scheduled for September 14, 2019, the clean-up for the busy summer season for locations like Pony Pasture is left to smaller environmental groups in Richmond or responsible river-goers. Not just a visual eyesore along the river, the issue of litter in the James poses a larger threat than most believe.