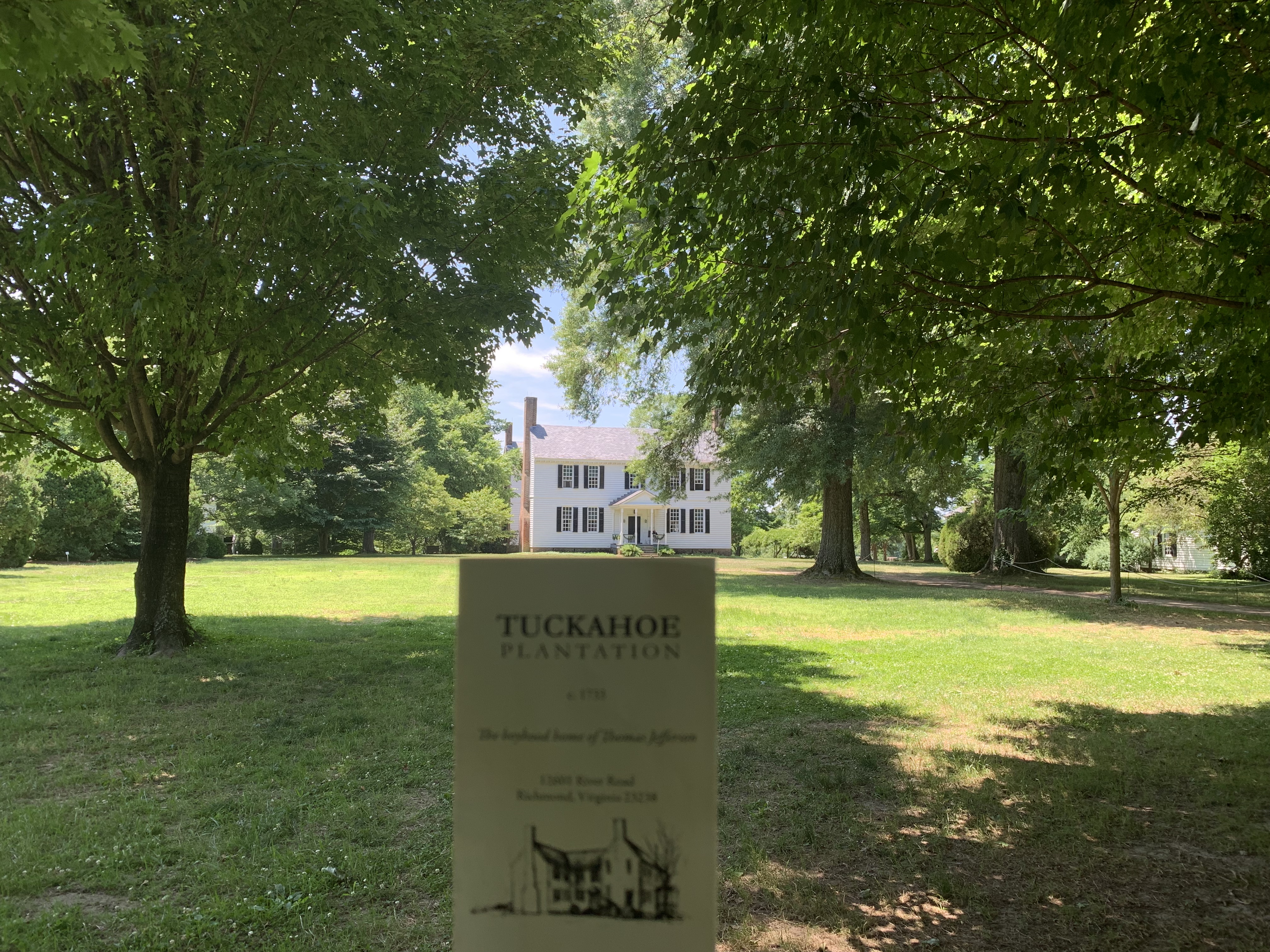 Having never been to a plantation before, I was astounded by the eerie beauty of it all. Upon arriving to Tuckahoe Plantation, down a long never-ending dirt path, I was in awe of the luscious gardens and picturesque colonial home that stood in the center of the land. This plantation is well known as the childhood home of Thomas Jefferson and is now a popular venue for weddings and parties. An elderly women’s church group accompanied us upon our tour of the grounds, and I soon came to learn that many of the women were Westhampton College graduates. The tour guide was a beaming young woman who recounted tales of the war, detailing the story of owner Virginia Allen using her southern hospitality to charm a Union soldier into not burning down the plantation during the height of the Civil War. There was also a tale of a jealous suitor throwing a torch through a window, with a visible scorch mark on the floor as proof. I could not help but notice the reactions of our company, as the women were delighted to hear these small stories that brought back days they had only heard of. 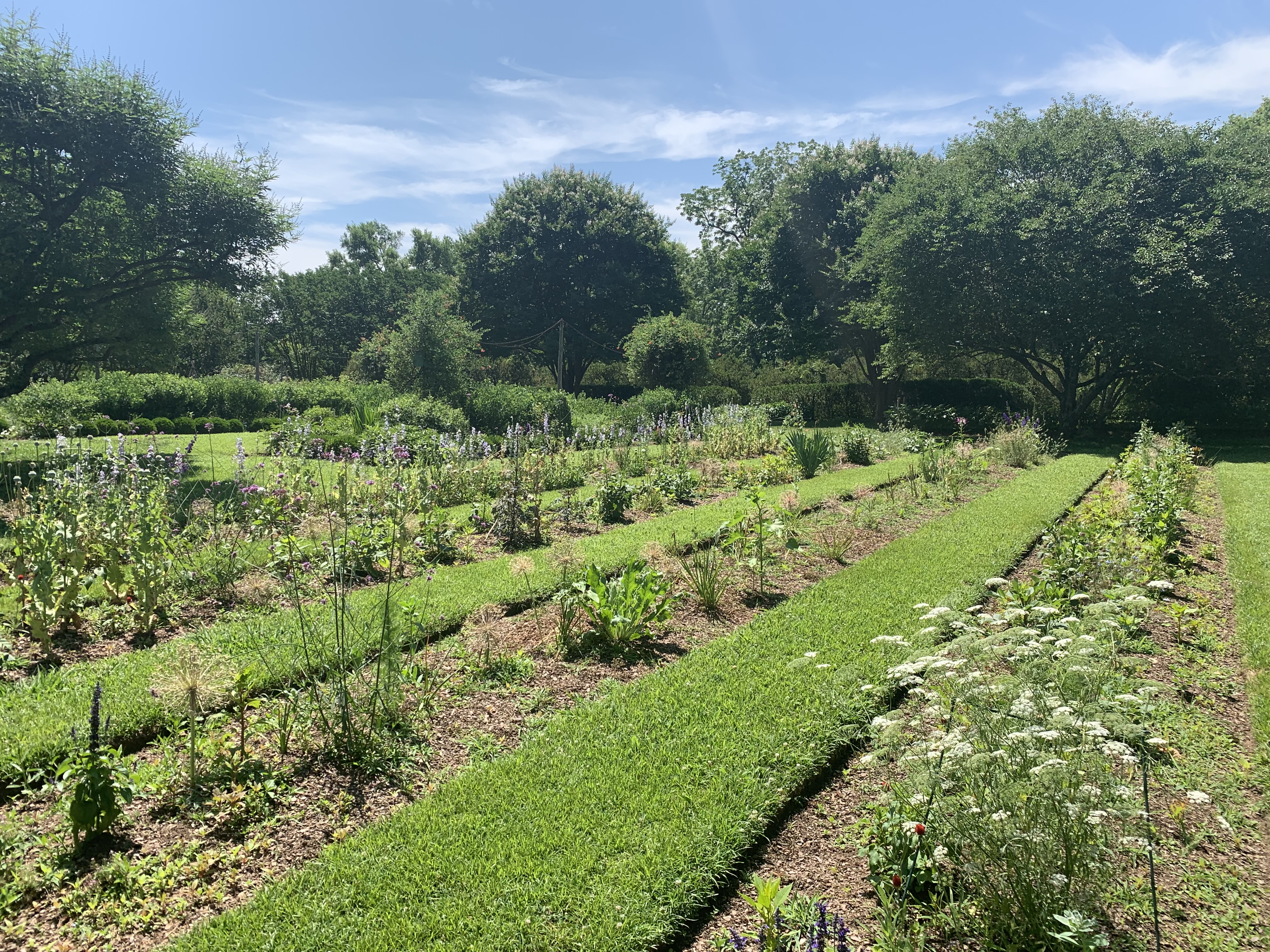 However, there was little mention of the enslaved, and their contribution to the foundation of this plantation. Towards the end of the house tour, our tour guide finally discussed how the enslaved would need to whistle as they brought food to the kitchen in order to prove that they were not stealing bits of food for themselves, and upon hearing this story the church group burst out into giggles. This was not a joke of any kind, and I was confused as to how laughter was the appropriate response. 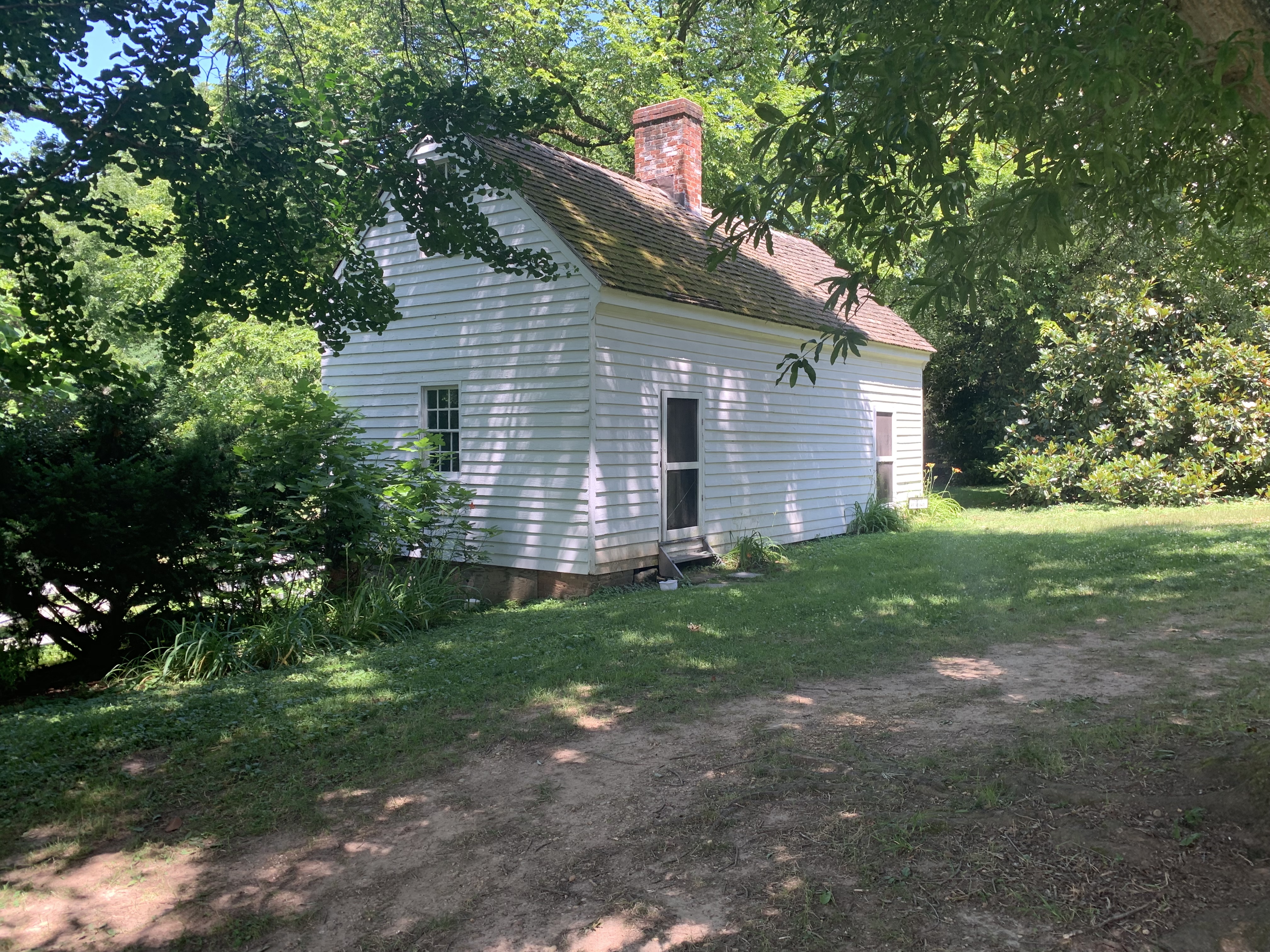 As we made our way outside and began to explore the kitchen and gardens, Dr. Nicole Maurantonio asked the tour guide if she had any information about the enslaved people who had lived on the plantation. She responded that there was very little known. However she said according to the records there would have been about sixty slaves. This did not seem accurate due to the fact that Tuckahoe Plantation had once been 25,000 acres of land, and would have likely had hundreds of enslaved people. After that she gestured to the slave quarters to the right, she explained that these were the only remaining ones left and that they were currently being rented out to others to live in. This seemed to encompass the narrative of the tour, which was to cover the past with grandiose stories while ignoring the narratives of the enslaved people on the property. 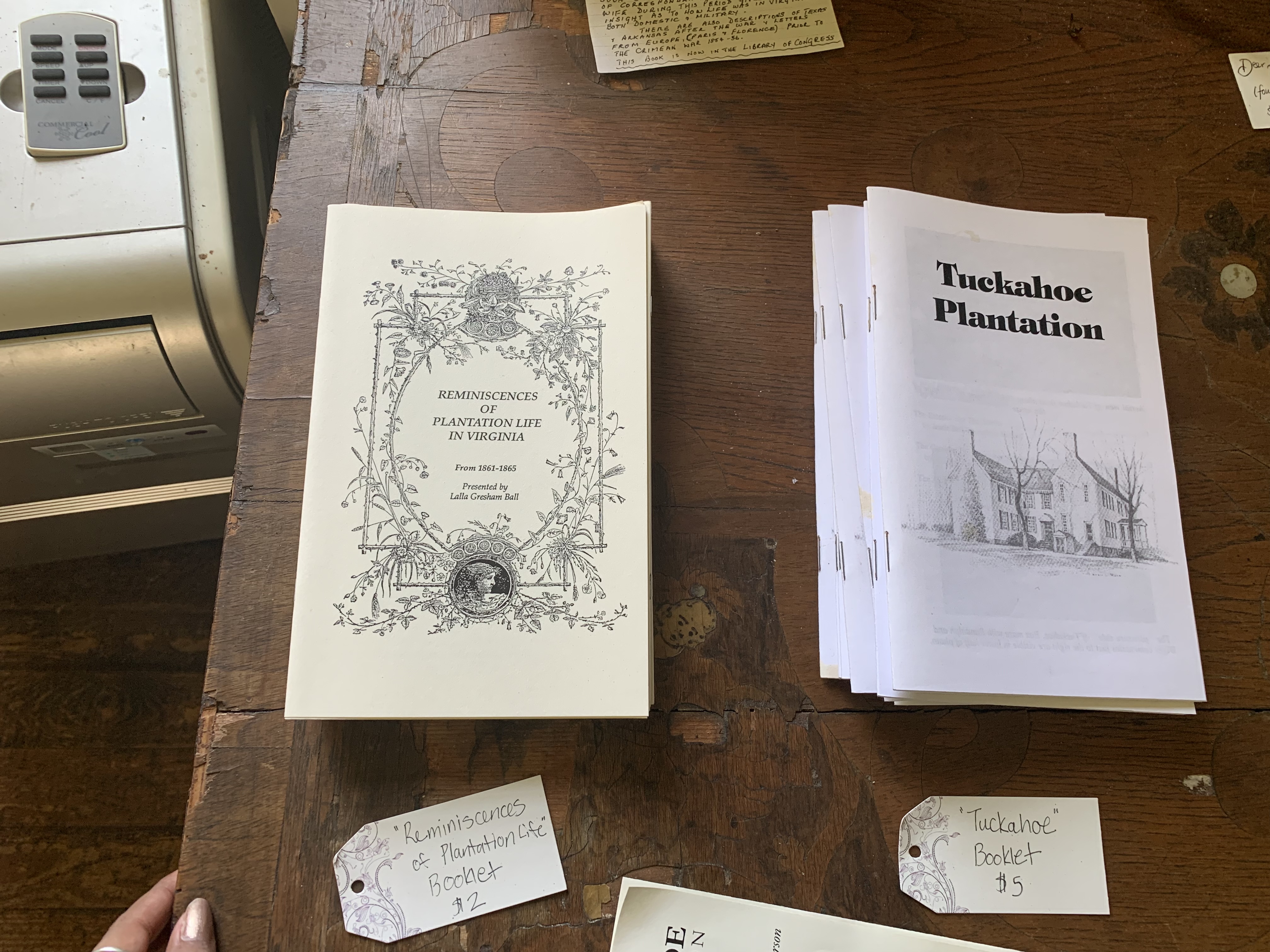 Directly after the tour, we visited the plantation gift shop and stumbled upon pamphlets written in the twentieth century that included information about the enslaved people, including their names, ages, and shoe size. 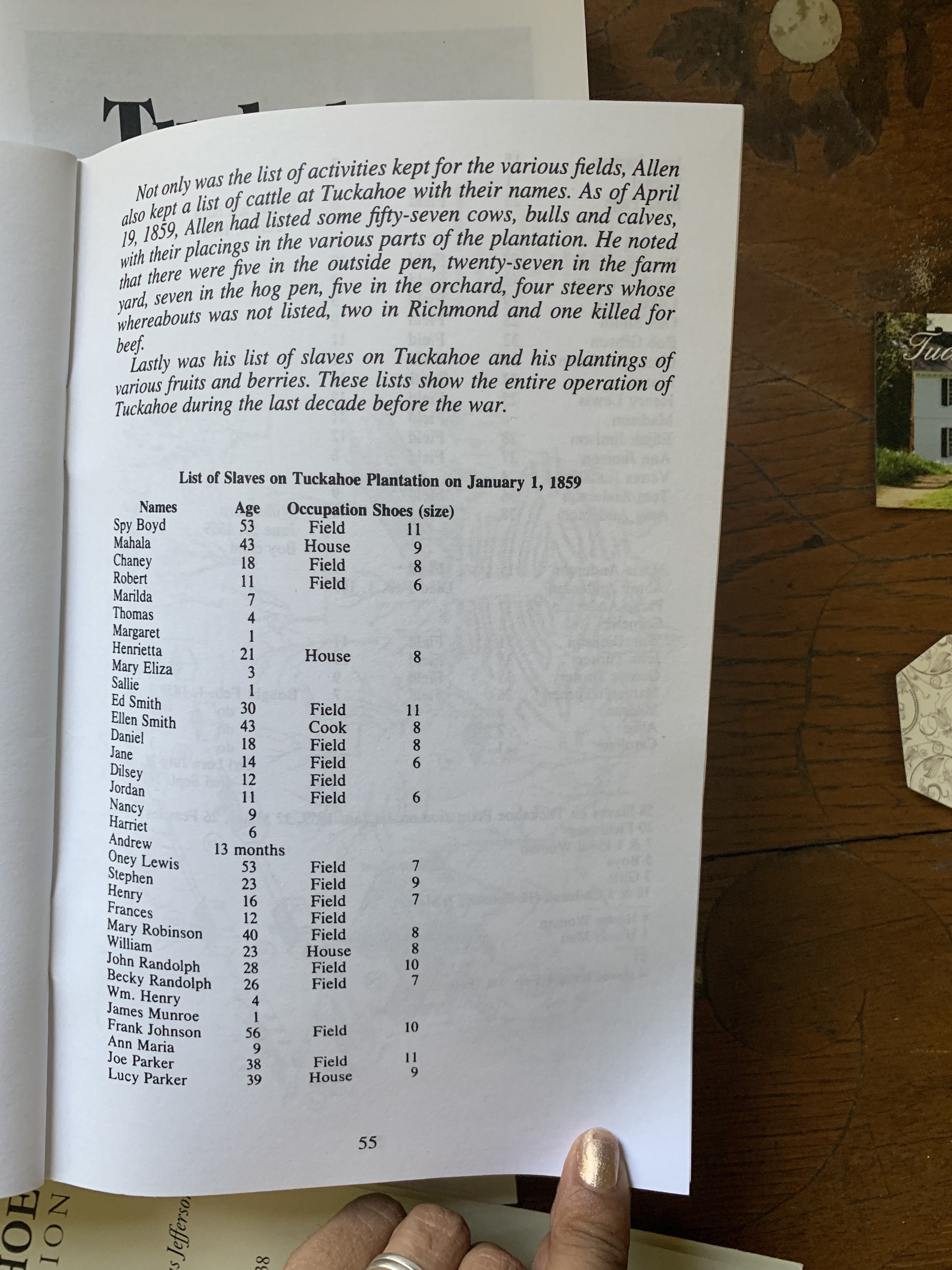 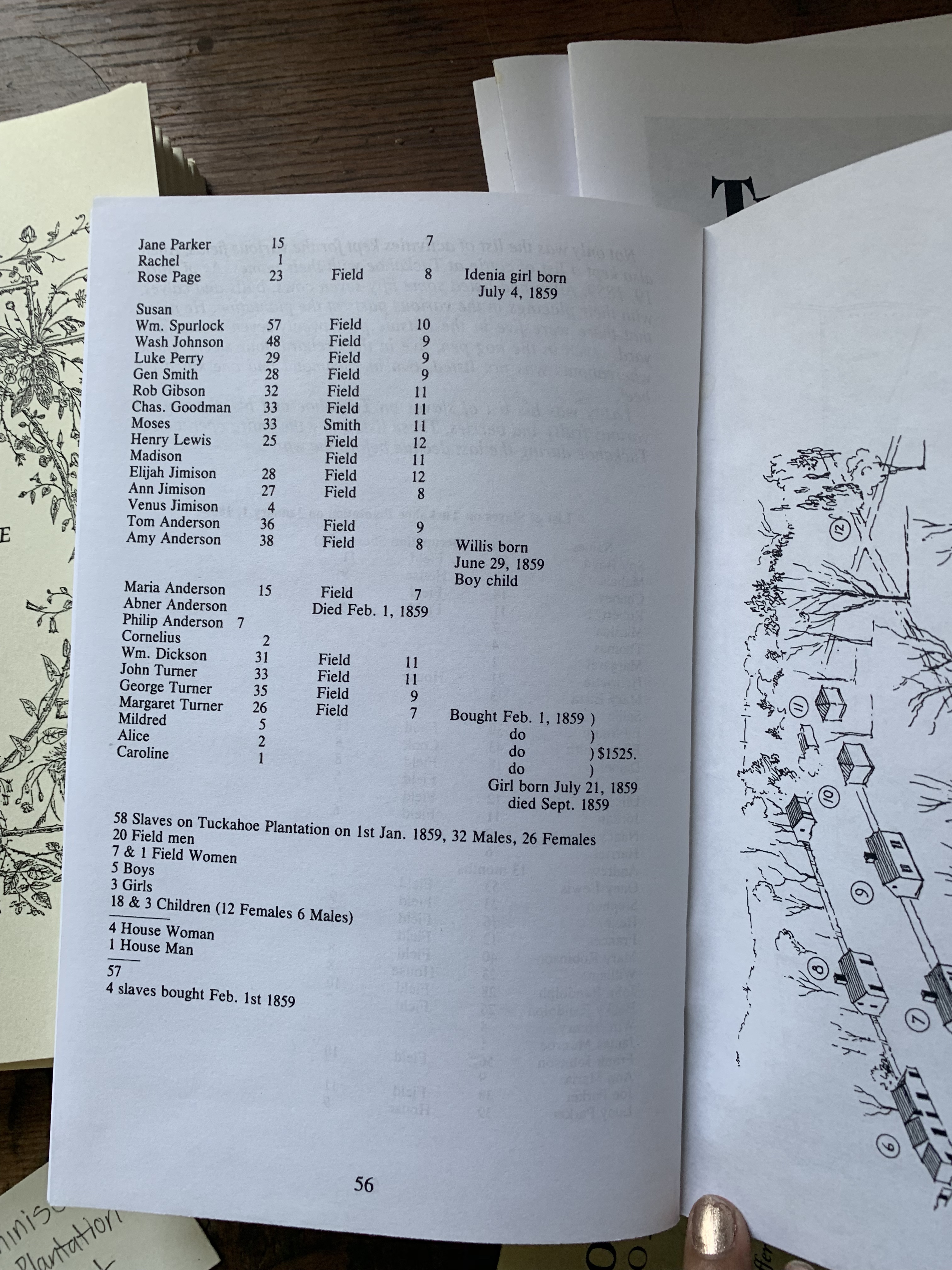 Also on the plantation’s website there is detail of the last enslaved woman born on the plantation, who continued to serve the family until her death in 1920. The fact that this information is not better incorporated in the tour shows that Tuckahoe plantation is catering to a very specific crowd. Their emphasis on glorified Southern Antebellum stories, with little information on the lives of those enslaved, begs the question of why they are avoiding such a crucial part of the plantation’s history. Is it because it places a bad name on the family still living in the home? Is it the fact that it makes their main market of white individuals confront a brutal part of history? Whatever the reason it is clear that Tuckahoe holds little interest in honoring the memories of those who were enslaved, showing no visible effort of taking steps to uncover more about those who were wronged.