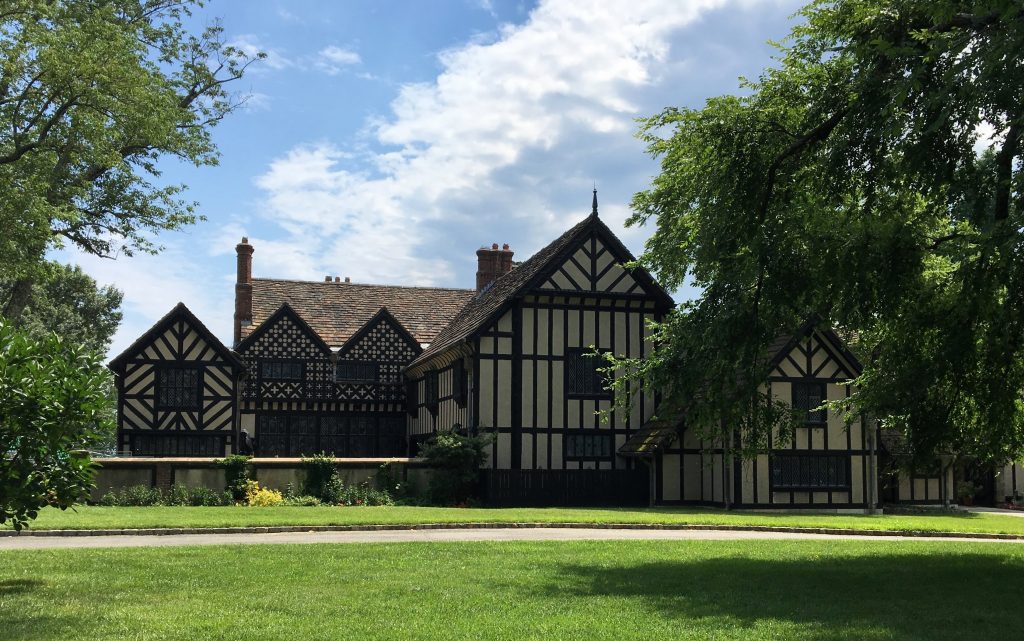 I had never heard of Agecroft Hall before visiting even though it is just a short 10 minute drive from the University of Richmond. Agecroft Hall is an estate that includes a Tudor manor house and gardens overlooking the James River. The manor house was originally located in Manchester, England and was built in the late fifteenth century, but it fell into disrepair in the 20th century. It was bought at auction by entrepreneur Thomas C. Williams, Jr. Williams, who made his fortune in tobacco, banking, and real estate development. He decided to dismantle the manor house and ship it across the Atlantic to be reconstructed in the Windsor Farms neighborhood of Richmond and was completed in 1928. After Williams’ death in the following year after the completion of reconstruction, Agecroft Hall became a house museum as he had instructed in his will. Furthermore, as Williams was a University of Richmond trustee, the Williams’ family donated $25,000 to the University of Richmond in 1890 after his death, and the law school was later named the T.C. William School of Law. 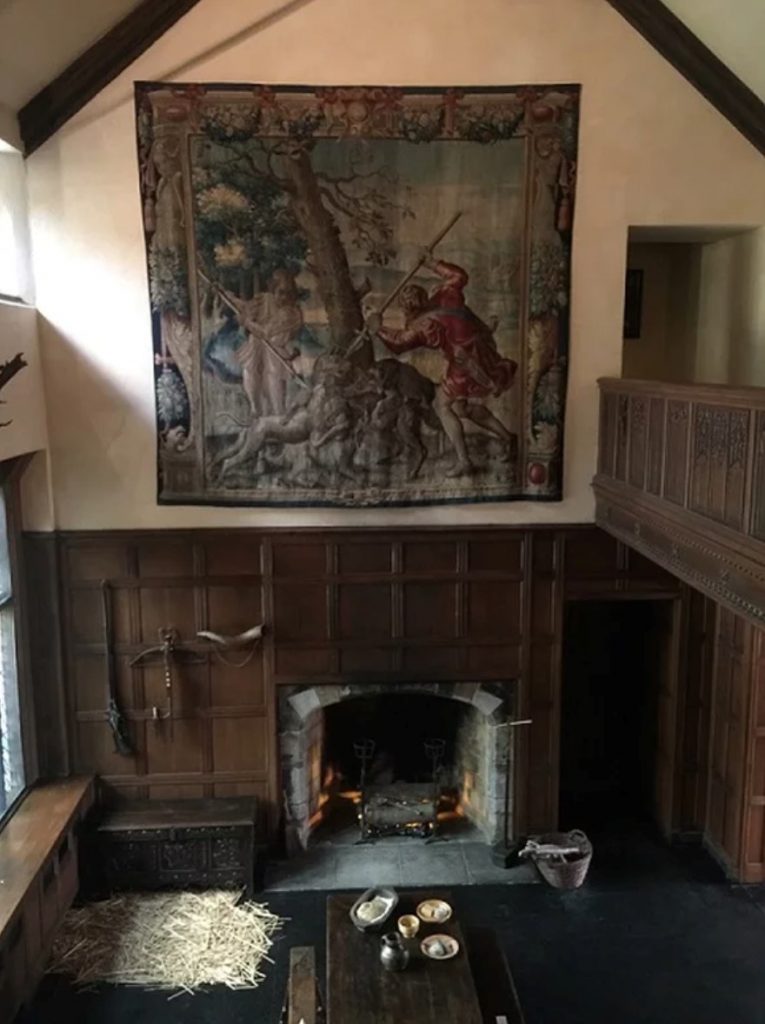 Paid admission to Agecroft Hall includes a short video of the estate’s history, a one hour tour with a tour guide through parts of the house, and access to the many beautiful gardens surrounding the house. Unfortunately, we were not allowed to take photographs inside the house. Rooms included in the tour were the entrance hallway, the Great Hall, the guest bedroom, the dining room, the bedroom, a re-creation of the servants’ quarters, the library, and a study room. The opulence and grandeur of Agecroft Hall can be seen in the elaborate tapestries, Tudor-Stuart portraits of men such as King James VI and I, and the fashionable cup-and-cover motifs on the furniture. The photograph to the left, courtesy of the official Agecroft Hall blog, shows the Great Hall. The Great Hall is the first room of the house and is where guests were received and first impressions were made. When guests were not in the house, the Great Hall was utilized as a servant workroom. The imitation food on the table exhibited the food that the servants ate, which our tour guide explained was actually healthier than the food of the nobles as it consisted of things like brown bread, cheese, and fish rather than unhealthy food of the wealthy. The unhealthy diet of the nobles made them more likely to fall sick with illnesses such as gout than the servants who had a comparatively healthier diet. 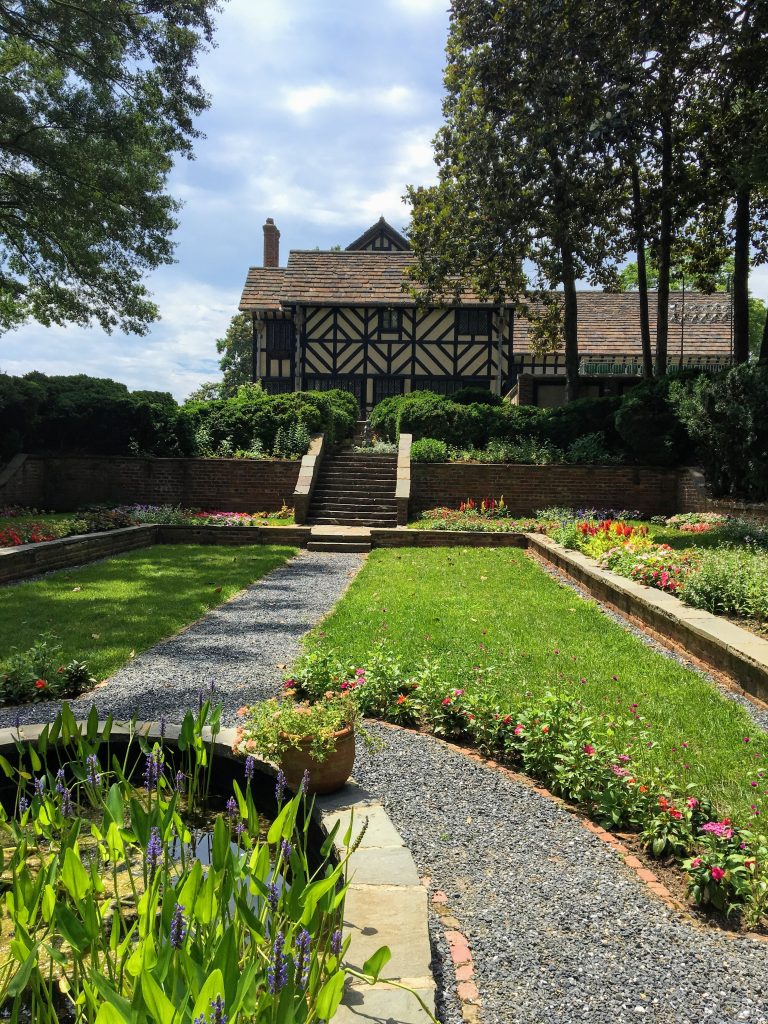 According to our tour guide, there were approximately 26 black servants at Agecroft Hall in Richmond. The original servant quarters were closed off from tours, but our tour guide showed us a re-creation of the servant quarters. The servants slept on sheepskins on the floor in a small, plain, and bare living space. The only other artifact left in Agecroft Hall that reflected the lives of these black servants are laundry cards. Laundry cards were a commonplace item that the owners of the clothing would use to keep track of which clothing they gave to the servant and to ensure that nothing was missing or stolen. Our tour guide explained that it was rare for these laundry cards to be preserved as those that find them often throw them away because they do not have any perceived value—“people preserve things they see value in” said our tour guide. In a house such as Agecroft Hall that is filled with so many expensive artifacts, everyday items that give us a glimpse into the lives of the black servants of the house can be overlooked. 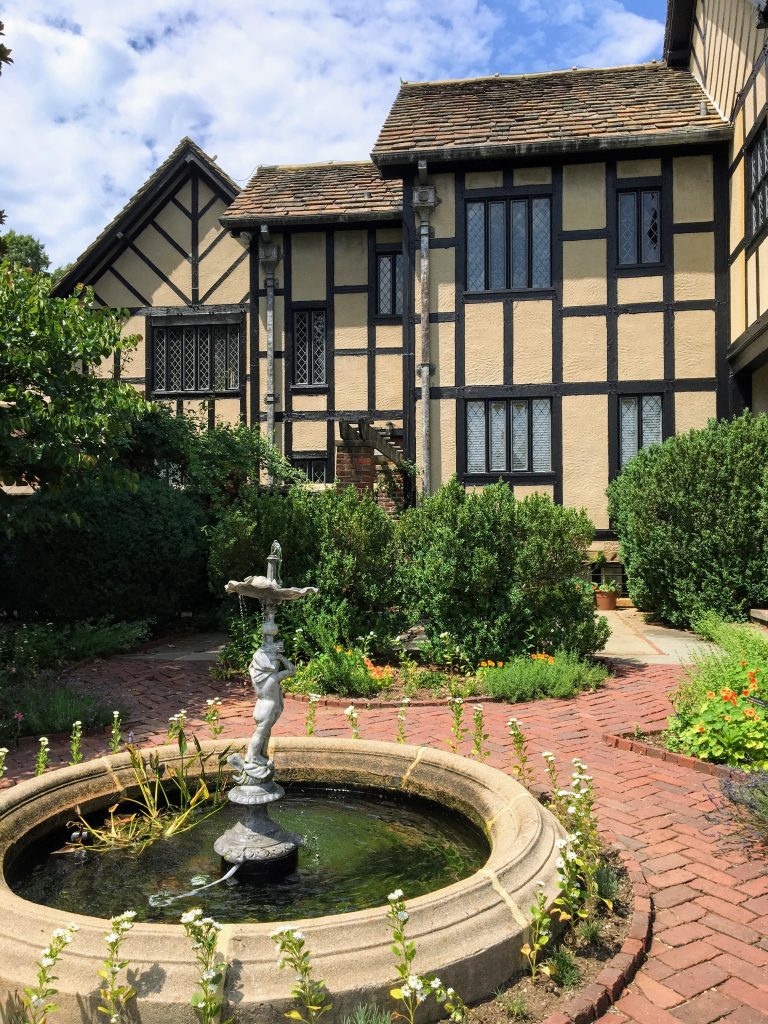 Our tour guide’s statement that “people preserve things they see value in” really resonated with me as the UR Race & Racism Project aims to make a more inclusive history for marginalized peoples. During our first few weeks with the project, we learned that archivists preserve items based on their “enduring value”; however, what is determined to have “enduring value” is subjective and impacts what we remember as well as who we remember. Agecroft Hall preserves the history of the white, wealthy, and powerful, and that is because it was curated by the white, wealthy, and powerful T. C. Williams family. When dealing with exhibits such as these, we must read against the grain even with everyday items that seemingly have no value such as laundry cards to get a glimpse of the lived experience of these black servants. Archivists should question their own positionality and definition of “enduring value” in order to create a more inclusive history.