Map of the Week: War on Ukraine 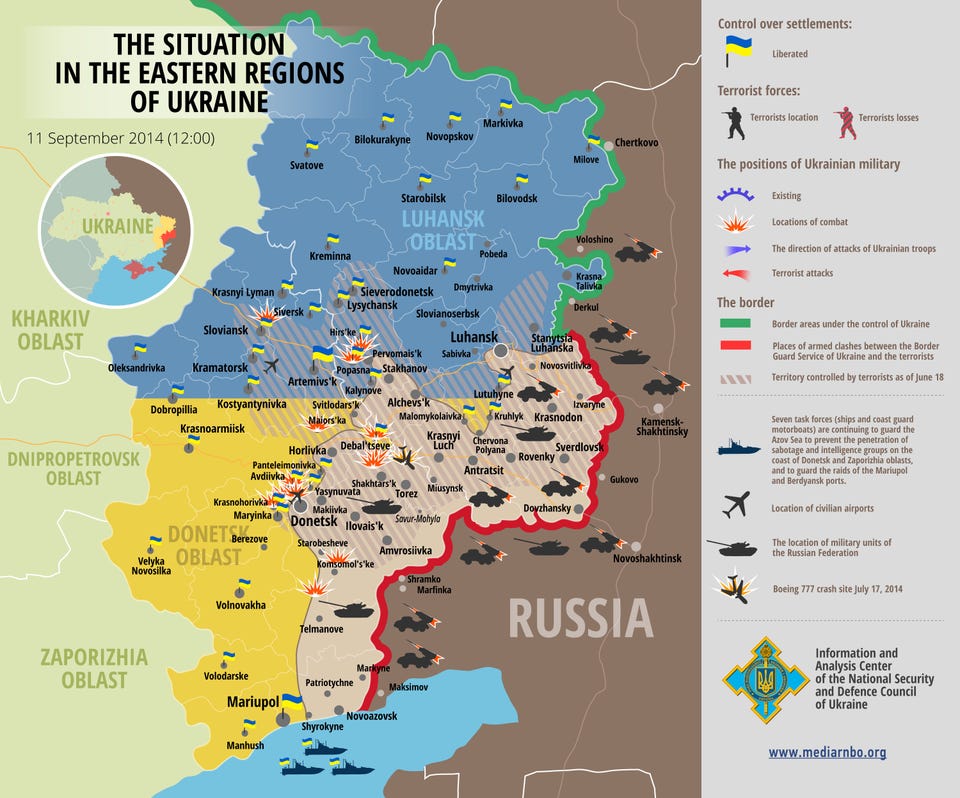 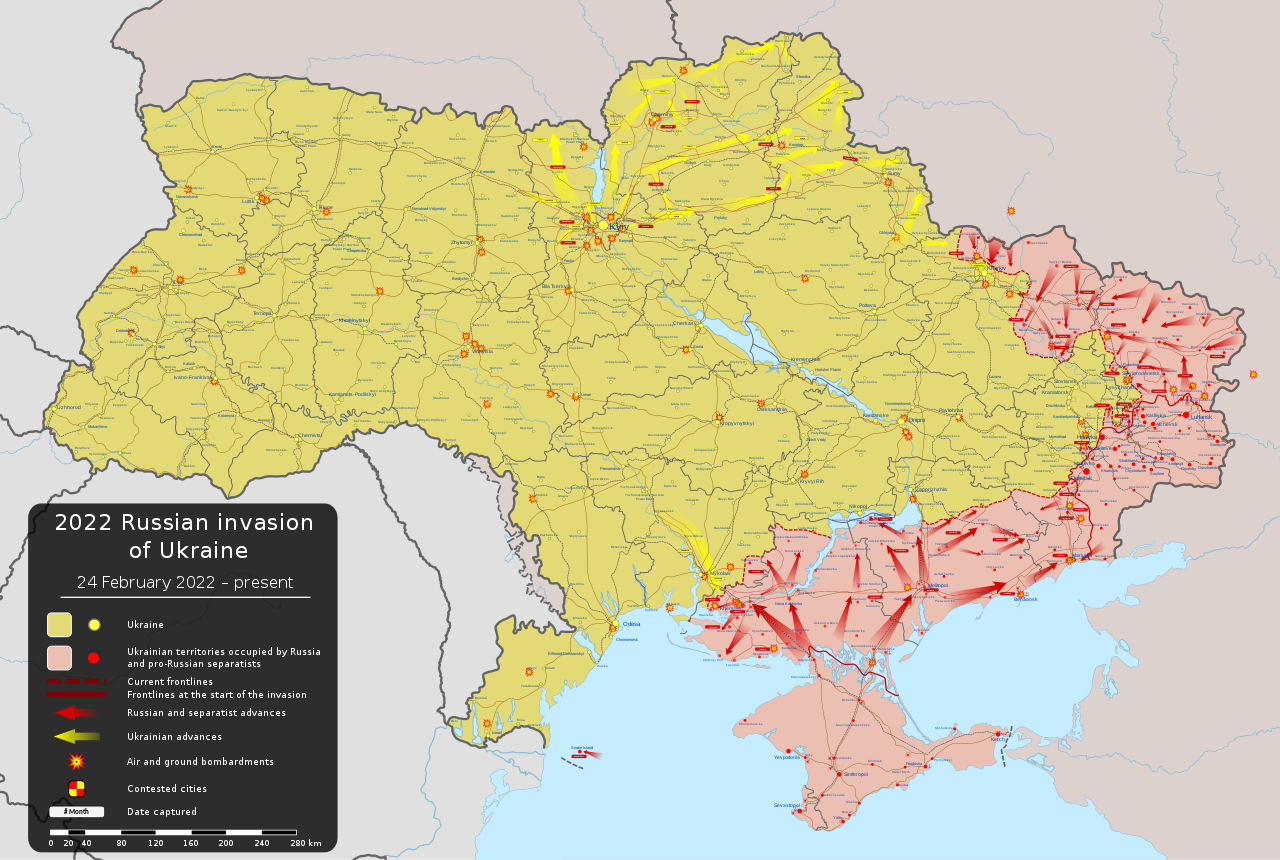 Just a few weeks ago, Vladimir Putin and the Russian army invaded the innocent country of Ukraine. Ukraine has many historical and cultural ties to Russia. Putin would like to claim Ukraine back as a part of the motherland. But this was not the first time Russia invaded Ukraine. It happened back in 2014 after they lost their influence in Ukraine and were taunted by Ukrainian parades. The map shows that the primary attack took place on Ukraine’s eastern border. It shows the parts of Ukraine that have been liberated from the Russian troops along with the parts that are under Russian control. Other parts of the battle that are mapped out are combat areas and the direction of both Russian and Ukrainian advances. The border is also sectioned off by the part that is controlled by Ukraine and by Russia. The map also shows boats protecting the southern border along with where Russia had military units stationed. The last set of markings on the map is civilian airports. It is important that these locations are marked because it shows how innocent people are being hurt and unable to evacuate.

To make this map more relevant, it can be compared to maps from Russia’s 2022 invasion. This can give insight into similarities in the two attacks and possibly predict future moves. The comparison of these maps will also show differences that Ukraine made in their defenses and Russia made in their attacks. The map of the 2022 attack depicts Ukraine and the western part of Russia. It shows what areas are being held by Russian and separatist troops and which major cities are being attacked. It also shows the direction of Russian advances and Ukrainian defenses. All of Ukraine’s defenses start in Kyiv and work to the northeast of the country. Similar to 2014, Russia is attacking primarily on the Southeastern border of Ukraine with a large portion of the attacks coming from the sea at the southern border. One difference in the two maps is that in the newer attacks, Russia is performing more air raids and bombardments throughout the entire country and more into the western half of Ukraine.

The map provides the chance for people who may not fully know what is going on, to get a better understanding of the conflict and where it is affecting them.  It cannot give a first-hand look at the fighting like pictures or videos can however, it does offer a view of how widespread the fighting is. Maps offer us the opportunity to experience and understand places all over the world that we may never visit in person. Because of maps, we can understand the geographies and both current and historical events of countries all over the world. Our experience of Ukraine in the western world is mediated through maps, and although this offers us insight into the conflict, it inevitably simplifies it to a point that one could not understand without being there.

2 Responses to Map of the Week: War on Ukraine