What Are Virus-like Particles and Why Are They Important?

When you hear the word virus, what’s the first thing you think of? Is it a recent news-making sensation like Zika or Ebola? Or something like HIV? Whatever it is that comes to mind, it’s safe to assume that it is an unsettling thought. Because of this largely negative association with the word virus, it’s understandable why hearing the term virus-like particles elicits the same response. However, there are some key differences between them.

Viruses are smaller than bacteria and cannot survive on their own, meaning that they need a living host – such as a person like in the aforementioned viruses – to multiply their genetic material. Virus-like particles, better known as VLPs, are actually not viruses at all; they are a type of protein. They get their name because they share a very similar structure to viruses, however they are not infectious because they do not contain their own genetic material.

While viruses have accumulated a well-deserved bad rap, virus-like particles do not deserve the same associated fear. VLPs have been used in many helpful and positive ways, particularly in the production of vaccines, such as the sample model of a VLP vaccine below. Successful hepatitis B virus (HBV) and human papilloma virus (HPV) vaccines developed using VLPs are important scientific advancements. One of the reasons that these vaccines have proven to be so effective is the high-immune response-stimulating activity virus-like particles possess. This means that VLPs are able to trigger the immune response necessary to make the vaccines effective. The success of these HBV and HPV vaccines has prompted further investigation into the capabilities of virus-like particles for other vaccines. 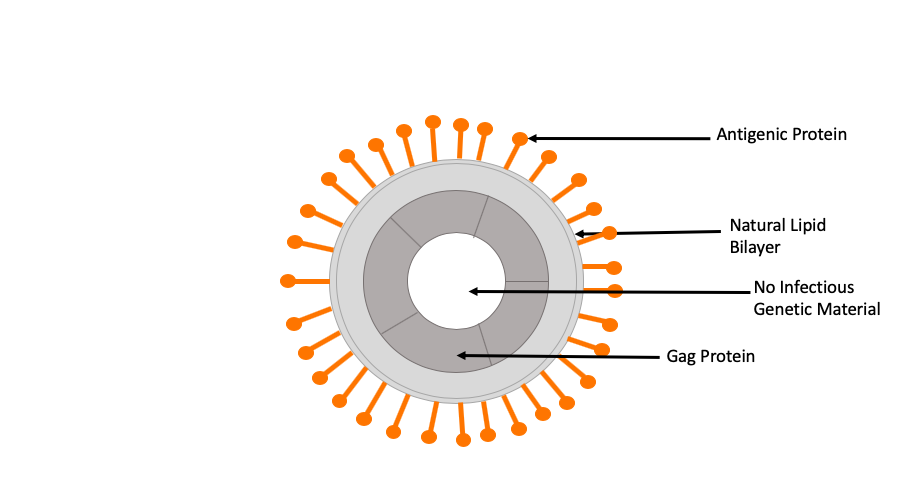 Virus-like particles have not only opened the door in terms of cheaper and more effective vaccines for diseases, but have also sparked the scientific community’s interest in other applications. There is an emerging hypothesis that virus-like particles could be the most effective new technology in the future of gene therapy, as research suggests that virus-like vectors are the most promising gene carriers. Currently, gene therapy has a series of limitations like restricted packaging capacity, production difficulties, and undesirable immunological properties. Theoretically, the construction flexibility of VLPs could be used to overcome these issues. There are also proposals to utilize VLPs in a new area of biotechnology called bionanotechnology which explores using different viruses and VLPs to create new nanomaterials.