Graduating senior #5 is BMB major Courtney Labrecque. I remember when I first met Courtney in spring of her first year at University of Richmond. I was immediately impressed when she said she was interested in doing cancer research not because she wanted to be a doctor but because she wanted to be a researcher. When I entered college (way back in the day), I didn’t really know what research was, let only that I wanted to do it for my career. Although my research lab was full for the summer and coming fall, Courtney planned to start the next spring/summer. In fall of her sophomore class, Courtney (and her iced coffee) were in my organic chemistry course. She was certainly competent but also very quiet sitting in the back of the classroom. It took me longer to get to know Courtney then some of my other students, but that should not diminish her passion, attitude, or research prowess. The first project Courtney undertook was making mutants of MEMO; she was trained by Maddie and worked closely with Jessica and Kristen as she pushed forward to our first publication on the project. That is all and good (and impressive), but I have seen Courtney flourish so much more in the past year. Last summer she miniaturized our fluorescence polarization assay to a 384-well plate and became the robot that tested almost 150 compounds, multiple times each, to determine lead compounds. She excelled in my chemical biology class in the fall where she thoughtfully reflected on primary literature and fell in love with the interdisciplinary approach towards research. I applied for a grant that would have supported Courtney as a post-bacc research for the next year; sadly, it was not funded :(. I know it would have been a fruitful year for the Pollock lab if Courtney had been here spear-heading everything. But alas, they graduate and they move on (the worst part of my job) and Courtney will be off to start her career as a chemical biology graduate student. Let’s see what Courtney says about her research experience:

Q1. Why did you decide to join the Pollock lab?

Courtney: I lost three grandparents before I was four years old and two of them were due to cancer. I knew from a young age that I wanted to work in medical science field, but I thought I wanted to be a physician. I realized that I wanted to go beyond treating patients and have a better understanding of how diseases, specifically cancer, develop and progress. I was immediately drawn to Pollock’s lab because of her cancer driven research. I was amazed that I could begin working on my goals in an undergraduate setting.

Q2. What was your favorite part about your research experience?

Courtney: My favorite part about my research experience was having the ability to think independently to solve problems that come along. Pollock is an amazing PI to work for, she is always there when you are struggling to figure things out. However, she encourages you to think through your own problems and investigate why certain things are not working.

Q3. What do you plan to do after graduation?

Courtney: After graduation I will be attending Virginia Commonwealth University to pursue my PhD in chemical biology.

Q4. As you reflect back on your time at University of Richmond, what advice would you give to an incoming student who was interested in your career path?

Courtney: I would tell them that things take time, especially in a chemical biology lab. I remember going home during my first summer of research every day and being frustrated that certain experiments were not working. Sometimes things do not work, but that does not mean that you are failing. By my second summer I felt like I was contributing a lot more to the lab than I had been previously. What any scientist does is hard and it rarely comes easily, you just need to remain patient with yourself.

As I am sure you can see, Courtney is going to be an amazing chemical biologist. She has left her legacy in my research lab and I’m sure she will at VCU as well. Courtney- you will always have a home down the road at University of Richmond. In particular, do not hesitate to reach out on a bad day (you will have a few bad research days), we will grab a glass of wine and I will remind you of how wonderful you are. I can’t wait to see the research that you accomplish – watch out, I may invite you to come back and guest lecture for my next iteration of chemical biology. Best of luck and congratulations on graduation! 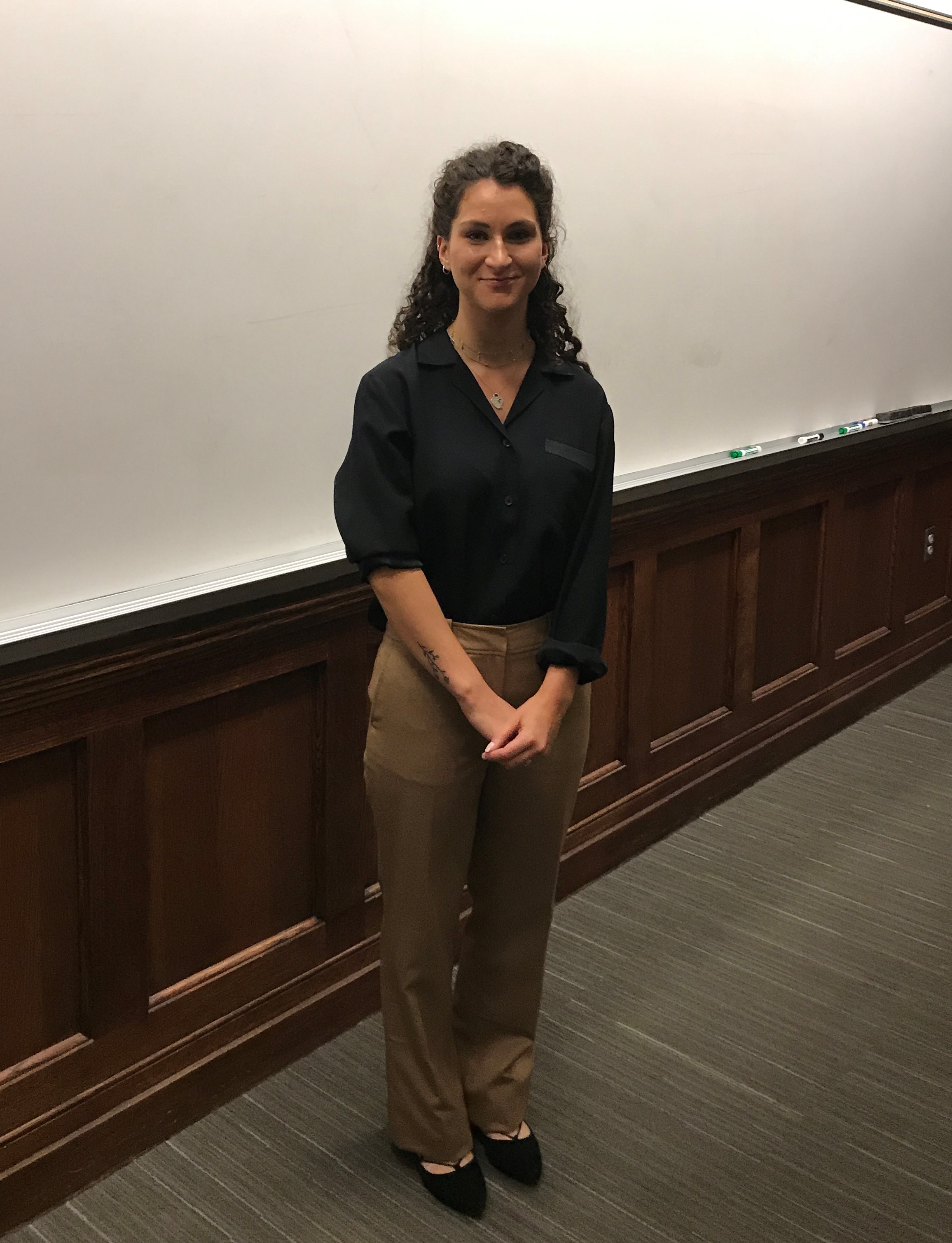