Today Wired posted a story about the new best/worst writing app, which of course made me want to go try it, because clearly that’s a better way to spend my time than excising words out of a conference paper that needs to be done in two weeks. Like all students everywhere, academics are just as horrible about procrastinating deadlines as the undergraduates we condemn for writing papers in twenty minutes.

I’ll let you in on a little secret: it is really less that we’ve become better about actually planning and writing as academics. We’ve just become masters of the twenty-minute paper. (In all seriousness, I did not write this paper in twenty minutes. I did, however, write it in far less time than I probably should have, given that I kept putting it off.)

What this really means is that I like writing apps, not because I’ve ever actually used them to motivate my writing (as a person with multiple English degrees who also contributes to two blogs and has one of her own, writing is a thing I do not really have trouble actually doing, when I can sit down and make myself work in the writing I’m supposed to be doing–which is why I’m writing this blog post instead of working on said conference paper), but because I like the idea of finding ways to motivate writing.

In the past, I have encountered other apps, and the one I have long returned to in my classes is Written? Kitten! (which also comes in puppy and bunny versions). Written? Kitten! is an app which produces a kitten picture for every set number of words written (the default is 100). The really weird part is that I can’t just copy and paste 100 words in… I always have to blather at it for 100+ words out of a bizarre compulsion. Today, for instance, I wrote this collection of brilliance (mockery is both permitted and expected): 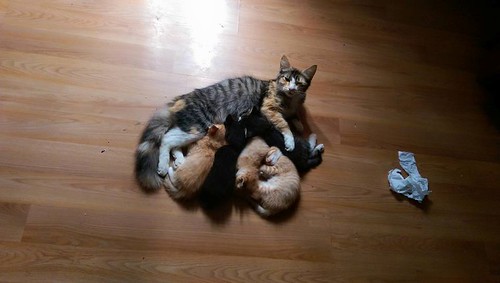 I often tell my students about this one as a way to talk about the importance of just writing things down, even if they don’t always flow or make sense. One of the best ways for students to cripple their own writing is to go back over every sentence trying to perfect it before they even know where they’re going. (The other way is to not go back over their writing at all, which is the opposite problem.)

The app linked to on Wired today addresses that issue. The Most Dangerous Writing App doesn’t reward you with kittens–it punishes you by deleting your work if you stop typing for more than five seconds. I want to use this app in class.

Here’s what I produced in five uninterrupted minutes of writing:

So if i just keep writing for more than five seconds at a time for five full minutes, do i get to actually keep the text I’m typing, or is this the sort of thing where I will inevitably lose all this text? (That would be very upsetting.)
This seems like an interesting tool to use in FYS, so that the students can practice sustained writing (although, really, 20 minutes seems like an extremely excessive time to be typing non-stop, since I feel like my fingers would crap up HORRIBLY in the process). It’s also rather mean, since it makes doing things like drinking very difficult… I mean, okay, I can wait to pee for five or ten or twenty minutes, but drinking is a thing that one generally does constantly (or at least consistently) throughout the day, and one doesn’t like to be kept from it even for five minutes. For instance, the moment I realized that drinking might take me longer than five seconds (particularly since my cup is on a far corner of my desk that I can neither see nor reach easily from this keyboard and desk chair), I began to feel thirsty, which is just silly, since five seconds before that I was perfectly fine. However, the very thought of being kept for five (okay, four, okay, three…) minutes from my water glass instantly triggered that funny dry-mouth tongue feeling.
Add to that the weird pressure to not only keep typing, but to type AS FAST AS POSSIBLE, which is just ridiculous (since I’m pretty sure I could just hit one key every five seconds and that would satisfy the draconian requirements of this “game’s” algorithms), I’m starting to feel the effects of constant, rapid typing in my fingers, which, in turn, is increasing the number of typos I’m making. Now, I can go back and fix the typos (which I wasn’t sure of at first, but concluded was viable via experimentation), but then I noticed the counter at the bottom of the page which is keeping track not only of my number of words, but my WPM, and it’s becoming increasingly upsetting to me every time that WPM drops below 80, which is even more silly, given the fact that the point of this app is not to get me to type FASTER, but, rather, more consistently over the course of a length of time. I am also now noticing the ridiculous length of my sentences, and time. Well, I guess I get to keep the stuff if I make it to 5 minutes, which is pretty spiffy.

Neither of these is a particularly useful way to write a paper, mind you, but both could well be used as a means to initiate the process–to write out that preliminary introduction, or to work one’s way through a sticky part of an argument where the concepts are so difficult that it’s really just hard to make words happen. The best thing to do in such cases is usually the one thing we have the most trouble making ourselves do–write.

Which is what I’m going to go back to doing now.