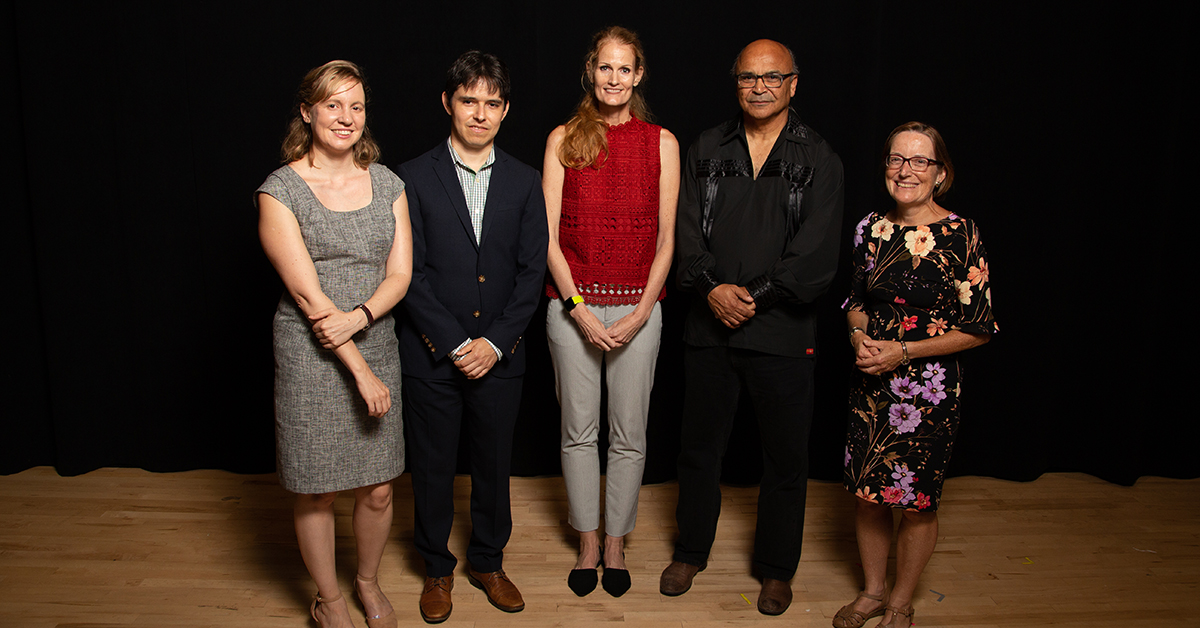 It was a joy to celebrate the opening of the academic year with faculty and staff at University of Richmond’s Colloquy. This is the event at which we recognize the academic accomplishments of our faculty and look to the academic initiatives for the year ahead.

President Ronald A. Crutcher and Executive Vice President and Provost Jeffrey Legro spoke eloquently about their vision for the upcoming year, including steps we will take to help all students, faculty, and staff thrive and feel a sense of belonging on our beautiful campus.

Six UR faculty members were recognized with the University’s highest award for teaching, the Distinguished Educator Award. I was overjoyed to see among them Dr. Javier Hidalgo, an associate professor of leadership studies at the Jepson School of Leadership Studies. Dr. Hidalgo is an accomplished, inspiring teacher whose research spans not only important applied ethical issues, such as immigration, but also how best to assess teaching effectiveness. His work on the use of argument mapping in his Critical Thinking class is pathbreaking and important.

Among the five new endowed professorships, the Jepson School was well represented, with three appointments.

Dr. David E. Wilkins joins us as the E. Claiborne Robins Distinguished Professor in Leadership Studies. He comes to UR from the University of Minnesota, where he held the McKnight Presidential Professorship in American Indian Studies. Dr. Wilkins earned his Ph.D. in political science from The University of North Carolina at Chapel Hill and has written extensively on Native American governance, political development, and legal issues. A citizen of the Lumbee Nation of North Carolina, he has a substantial public intellectual presence, including several NPR interviews.

Dr. Crystal L. Hoyt, who assumes the Colonel Leo K. and Gaylee Thorsness Endowed Chair in Ethical Leadership, earned her Ph.D. in psychology from the University of California, Santa Barbara. Her research focuses on the connection between ethical values and effective leadership, often through exploring the intersection of human belief systems (such as mindsets and stereotypes) and social justice and well-being. Many readers of this blog know that Dr. Hoyt places great emphasis on working with students and maintains an active experimental research program.

Dr. Jessica Flanigan, associate professor of leadership studies and philosophy, politics, economics, and law (PPEL), assumes the Richard L. Morrill Chair in Ethics and Democratic Values. As many readers know, she is an energetic, enthusiastic scholar and teacher of ethics. She served as UR’s first ethics fellow and was recognized by ODK with its Faculty Member of the Year award in 2017. Dr. Flanigan’s research is published in leading journals, and her book, “Pharmaceutical Freedom: Why Patients Have a Right to Self-Medicate,” was published by Oxford University Press in 2017.

I am extremely grateful to those whose philanthropy has allowed us to attract and retain these excellent scholars and teachers.

I would add that the Jepson School’s entire leadership studies faculty inspires our students and deserves recognition!