When Leonardo Dicaprio won his first Oscar as the best actor of 2016, he used his moment, not to address his personal life story, but to present the rising concern of climate change. This pressing issue has finally sparked many political activists and figures, such as Leo, to take a stance and speak up about the poor treatment towards our home. The quality of our world is declining at a rapid rate due to high consumption trends, radical population growth, and poor waste disposal practices. As Leo puts it, “Mother Earth is hurting. And she needs a generation of thoughtful, caring and active kids like all of you to protect her for the future.” The time for change is long overdue and we must inspire others to change their lifestyle habits as well. However, I want to take his words literally. To make any progress, we must revitalize our old values and go back to our roots. In other words, we must educate the “active kids” and guide them not to make the same mistakes as we did. 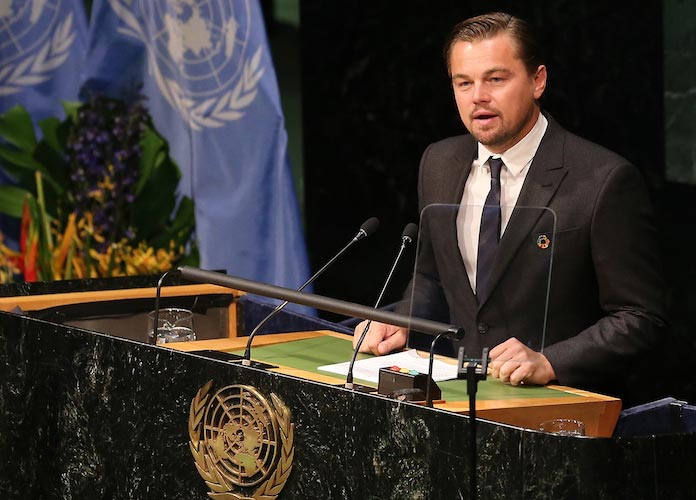 Leo speaks at the 2016 Paris Agreement for climate change.

Lives on less than $1,000 a month and donates 2/3 of his salary to his own environmental organization- the Honnold Foundation.

As we mentioned in class, the focus on global sustainability is a recent scientific trend. Thus, this generation and future generations will have the exposure and awareness to make better choices than our predecessors have. In fact, studies show that most millennials are already demonstrating this and are typically more sustainability-conscious than past generations. They were more likely to purchase products from sustainability-focused companies and rate environmental concerns as a higher priority. However, despite these results, over half of millennials feel that they cannot solve the issue of climate change and will actually worsen Earth’s conditions. It goes to show that we still have the responsibility in educating them about environmental issues and the impact everyone has. As a result, environmental leadership is crucial in providing this service. Figures such as Leonardo Dicaprio, Alex Honnold, and Al Gore have reshaped the environmental movement and brought this topic to light for many young audiences such as myself. Despite their different professions- a renowned actor, a professional athlete, and a political figurehead- they have devoted their status and careers in improving environmental issues and inspiring others to do the same. These three individuals demonstrate the strong qualities of environmental leadership: power, knowledge, and passion. Although all three traits are equally important and true environmental leadership incorporates all of these components, I agree with Rachel’s comment that knowledge is the foundation in which passion is based upon. Only by truly understanding the problems at hand can one begin to develop an interest towards it. In some sense, knowledge is the gateway to action which can best be acquired through exposure and personal experiences.

Exposing young children to the great outdoors and environmentally-conscious living will get them to be more mindful of our planet as they grow older. As Mckenzie mentions in her blog post, she used to incorporate the outdoors in her daily life such as climbing trees and running on trails even though she does not feel the same way now. Children, for the most part, want to be more connected to their environment, but they often lack the means or guidance to do so. Barriers such as access to public lands/green spaces, public transportation, and environmental mentorship often hinders their ability to explore the idea of sustainable living, especially if they come from a family which does not emphasize the concept. Thus, I think Natalie’s internship at the James River Park Headquarters is the model example of what we should be aiming for. The camp provided a very different experience and taught young minds about environmental awareness. It not only gave them a first-hand look at some of the issues around their local homes such as pollution and run-off, but also puts them in a group that is learning the same thing. It’s a great system to reinforce the idea of sustainable living and starting at the local level eventually translates into big picture thinking when they’re older. It is important to go out into the field and personally see some of the problems we have in our environment. Although exposure through a book or classroom is also important, it becomes a bit disconnecting if you can’t actually see it happen before your eyes. 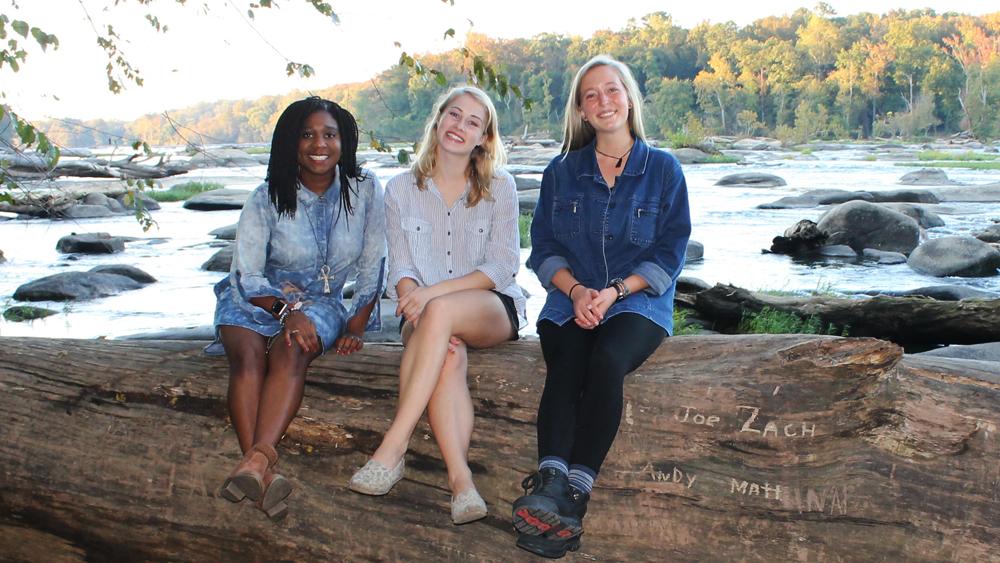 Congrats Natalie for being awarded Civic Fellowship during your time at the JRA Headquarters!!

The coolest group of people I know- Earth Lodge! It has and always will be a pleasure.

Thus, I think Quinn got it absolutely right. What I learned most wasn’t necessarily from the in-class lectures or readings. Instead, it was from the discussions, interactions, and real world examples from the cool cats in our SSIR, the people that we met such as Bill Shanabruch, and the people who hope to one-day meet such as Ralph White. Through the environmental leadership of all these figures and from our cool dad, Todd, we have learned about the hidden holes of supposed ecotopias, the human impact on riparian habitats, and even the policy behind an environmental proposal. These lessons have made such a lasting impression on me because we had to get our hands dirty in the process: we kayaked through the sediment filled Willamette, picked up countless bags of trash at the Dutch Gap, and wrote our own Gambles Mill proposal. Thus, I can honestly say that the things I have and will continue to learn from Earth lodge is going to stay with me all throughout my life. I will continue to look down upon the CSO systems, encourage natural riverbank erosion, and attend every Floodwall film festival out there. It has been quite a journey with Earth Lodge this past semester and I think that whenever we get a bit overwhelmed, let’s just go back to these roots.