Interested in understanding the drivers shaping population dynamics, Raisa has dedicated her studies to modeling the effects of biotic and abiotic factors on populations of invertebrates and vertebrates. In 2013, she obtained her PhD from the University of Puerto Rico after assessing the effects of mass bleaching on Caribbean coral populations. Right after, she joined the Caribbean Primate Research Center and the Max-Planck Odense Center to study the long-term dynamics of the Cayo Santiago rhesus macaque population. In the Grayson lab, she is studying the population of red-backed salamanders in Richmond. In Fall 2019, she begins a tenure-track position in the Biological Sciences department at California State University, Long Beach. Originally from Louisville, Kentucky, Lily graduated with a Bachelor of Science from Centre College (Danville, KY) in 2010 with a double major in Biology and Music and in 2014 with a Master of Science in Biology and a post-baccalaureate certificate in Geographic Information Systems from Virginia Commonwealth University. She was mentored by Derek Johnson and her thesis assessed gypsy moth mate-finding ability at forest edges. She is broadly interested in the way species and individuals are distributed in a landscape and the reasons behind that distribution. These interests have led her to  a wide variety of study systems including house sparrows, sea turtles, gopher tortoises, aquatic macroinvertebrates, peregrine falcons, stream fish, bobwhite quail, gypsy moth, and salamanders. Prior to working in the Grayson Lab, she was a lead seasonal plant technician at the Mid-Atlantic Domain of the National Ecological Observatory Network. In the Grayson lab, she organized and coordinated the lab’s research efforts across multiple systems. In Fall 2019 she begins a PhD in Wildlife and Fisheries Biology at Clemson University. 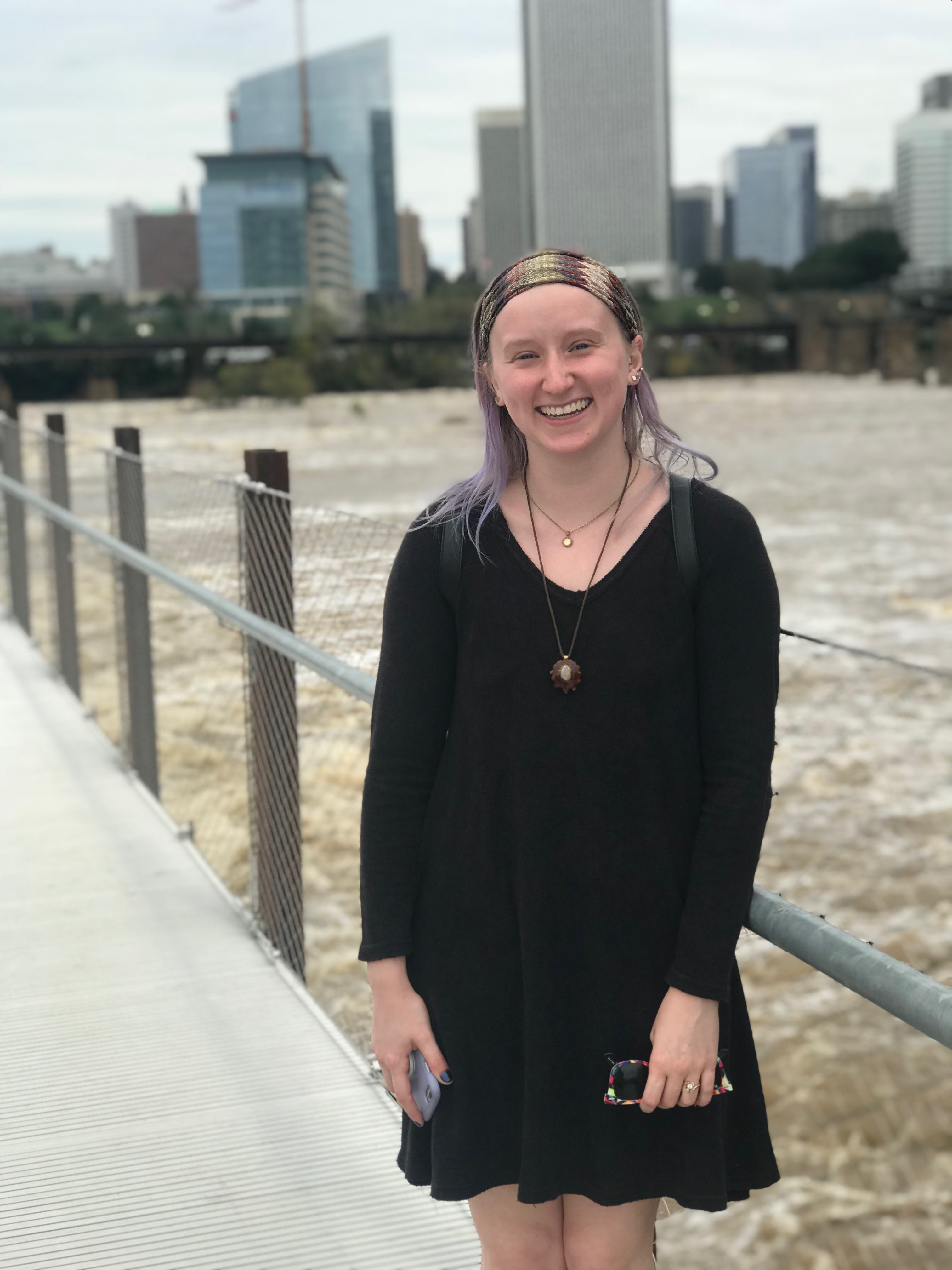 Hannah graduated with a Bachelor’s of Science in Environmental Studies in 2017, and a Master’s of Science in the same field in 2019 from Virginia Commonwealth University. She was mentored by Dr. Lesley Bulluck, with a research focus on the human dimensions of wildlife habitat conservation, specifically early successional habitat in Virginia’s Appalachian region. This research aims to translate into an increased amount of early successional habitat management by private landowners across this region. However, Hannah is broadly interested in basic species conservation and the role human behaviors have on conservation success. In the Grayson Lab, she has been coordinating the labs research efforts for the ongoing red backed salamander study, as well as working on developing new ways this data can be incorporated into broader teaching and conservation efforts.