So today Gamers Against Bigotry posted on their Facebook page about an interview on Rock, Paper, Shotgun with Blizzard developer Dustin Browder about the new Heroes of the Storm. Much of the interview is pretty straightforward, until Nathan Grayson (of RPS) asks the following question:

RPS: You have some interesting alternate outfits for heroes. Roller Derby Nova, especially, caught my eye. On its own, that’s totally fine – just a silly, goofy thing. A one-off. But it got me thinking about how often MOBAs tend to hyper-sexualize female characters to a generally preposterous degree – that is to say, make it the norm, not a one-off at all – and StarCraft’s own, um, interesting focus choices as of late. How are you planning to approach all of that in Heroes?

The question is fairly clear – how are you, as a developer, going to respond to the current demands of some of your target demographic to less hyper-sexualized female models? In essence, the question is, “are you going to continue doing what you’ve done, or are you going to accept that feminism has a point?” The answer is not terribly heartening:

Browder: Well, I mean, some of these characters, I would argue, are already hyper-sexualized in a sense. I mean, Kerrigan is wearing heels, right? We’re not sending a message to anybody. We’re just making characters who look cool. Our sensibilities are more comic book than anything else. That’s sort of where we’re at. But I’ll take the feedback. I think it’s very fair feedback. 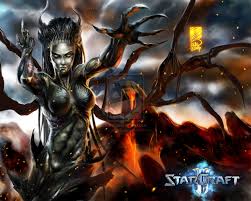 Yes, Kerrigan (Starcraft) wearing heels is definitely the problem here. Because hyper-sexualization is putting women in silly shoes. I’m not a fan of silly shoes, either, but this woman is not being hyper-sexu 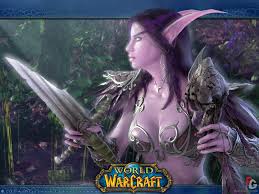 Now at least she’s… sort of wearing something covering most of her body. Okay, so it appears to be an exoskeleton that isn’t exactly detachable from her body, but she’s not the scantily clad Dark Elf from Warcraft, either. These images, Browder says, aren’t “sending a message to anybody. We’re just making characters who look cool.”

Browder may not realize that his team is “sending a message,” but when images like this become normalized – whether in gaming or, as he suggests, in comics – they in fact do send a very clear message, one that has been picked up on by gamers, non-gamers, and developers around the world (Do I need to reiterate how horrific Warface‘s female soldiers are?). There are plenty of ways to make characters “look cool” without all-but-exposing their breasts and giving them waspish waists that perpetuate an unrealistic image of female beauty.

In his defense, Browder also says that the backlash against such hyper-sexualized characters is “very fair feedback,” but it is said as almost an afterthought to the defensive insistence that the creation of such characters is based on “comic book sensibilities.” While this may be true, it deflects responsibility for a more egalitarian aesthetic on a medium that originated in the 1940s and 1950s (not a time of glowing gender equality) and is itself known for horrifically sexualized portrayals of women (and men, but, as this spoof indicates, to a much lesser degree).

So what do the Heroes of the Storm characters look like? Well, they appear not to have sexualized the Panda.

There are, of course, other heroes – including Kerrigan and Diablo – in the game, some of whom are sexualized (the women) and some of whom are not (the not-women – in which I include pandas, irrespective of gender). And that’s really the issue. Is it okay to have some characters sexualized and some not? Yes, of course. But when all of your sexualized characters are female (and humanoid female, specifically), and all (or almost all) your female characters are hyper-sexualized, that should be an indicator of gender inequity that needs much closer examination.

Will Heroes of the Storm change its models? I really rather doubt it. But I do think that it’s time to stop considering scantily-clad characters the epitome of “cool” in gaming, and to use the same standards of “cool” for both genders – armor, weapons, clothing details, rather than lack of clothing. Because, really, as long as we continue to encourage the hyper-sexualization of women in our media, whether games or tv or movies or music performance, we won’t be able to get away from the attitude that women are sexual objects designed and purposed for male pleasure – in other words, rape culture. So instead of excusing sexist designs as “cool” or a product of our preexisting “sensibilities,” let’s create some new ones.