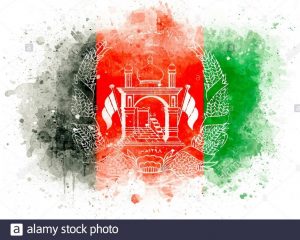 On April 14, 2021, President Joe Biden announced plans for a complete withdrawal of U.S. troops from Afghanistan with a deadline of September 11, 2021.[1] Since then, President Biden has stated that the U.S. is set to complete this task by August 31st, 2021.[2] With news of thousands swarming the capital Kabul’s airport, and the Taliban’s increasing presence, it is safe to say the eyes of the world are on Afghanistan.[3]

The current situation in Afghanistan requires an understanding of the U.S. complex relationship with the country. A conflict that has lasted twenty years cannot be easily summarized, but there are a few critical moments to note.

After the devastating events of 9/11, President Bush signed into law a joint resolution that authorized the use of force against those responsible for 9/11.[4] This resolution can be seen as the beginning of modern U.S. involvement in Afghanistan that will come to span 20 years.

In March of 2002, the U.S. alongside Afghan troops, launched Operation Anaconda targeting around eight hundred al-Qaeda and Taliban fighters.[5] In 2004 the newly elected Afghan president and president Bush issued a joint declaration giving U.S. forces access to Afghan military facilities.[6] In January of 2009, the Pentagon had thirty-seven thousand troops in Afghanistan which later became forty-one thousand.[7]

On May 1, 2011, Osama bin Laden was killed by U.S. forces in Pakistan, which led to President Obama announcing a plan for full U.S withdrawal by 2014.[8] However, this complete withdrawal did not happen.

In 2018, the Taliban carried out a series of terrorist attacks in Kabul as President Trump was deploying troops across rural Afghanistan.[9] Subsequently in 2019, the U.S. and Taliban had negotiation meetings regarding U.S. withdrawal, in exchange for the Taliban pledging to block international terrorist groups from operating on Afghan soil.[10] In September of 2019, President Trump called off peace talks.[11]

In Biden’s April declaration he stated that troops would withdraw regardless if progress had been made in Afghan peace talks or if the Taliban reduced attacks on Afghan security forces and citizens.[12] The Taliban stated that it would not go forward with negotiations until foreign troops had left.[13]

Presently the Afghan government is in a state of decline as the Taliban has taken over Kabul and the presidential palace.[14]

With clear tension between the Taliban and the remaining Afghan government, it will be no surprise if Afghanistan completely falls to Taliban rule. As thousands crowd the Kabul airport in an attempt to flee, many are pushing for President Biden to take more affirmative action to aid those trying to flee.[15]

U.S. troop withdrawal will not only significantly affect Afghanistan and international relations, it will also mean an influx of refugees for the United States. The main group of concern is those who qualify for special immigrant visas (SIV).[16] SIVs are for those who aided the U.S. while in Afghanistan and in return were granted immigration rights to the U.S.[17] Those who helped the U.S operations face increasing danger as the Taliban takes over Afghanistan.[18] Afghans served as interpreters and translators during U.S occupation, supporting military diplomatic efforts.[19] Currently 20,000 Afghans are in line waiting for an SIV while up to 70,000 are eligible to apply. [20] Clearly the need for a more efficient system is dire.

The U.S. withdrawal of troops essentially created a new humanitarian crisis. As the situation is rapidly changing, so far in 2021 alone over 270,000 Afghans have been displaced and it is not hard to imagine that number growing significantly.[21] . All that is left is to wait and watch to see what the Taliban will do next and hope for more proactive involvement in rescuing Afghan allies who face the most immediate dangers under Taliban rule. The international community has its eyes on Afghanistan.

[17] Daniel F. Runde, The Case for Expediting Special Immigrant Visas amid a Transition of Power in Afghanistan, Ctr. For Strategic and Int’l Stud. (Aug. 16, 2021), https://www.csis.org/analysis/case-expediting-special-immigrant-visas-amid-transition-power-afghanistan.