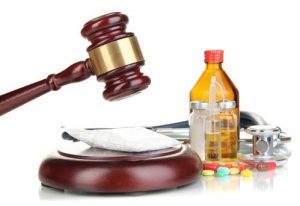 In Virginia, drug courts are defined by the court system as “specialized court dockets within the existing structure of Virginia’s court system offering judicial monitoring of intensive treatment and strict supervision of addicts in drug and drug-related cases.”[1] Given the below-described statistics and the nature of drug usage in Virginia, it is apparent that drug courts can provide a low cost means to counter addiction in Virginia. However, they are also inefficient.

To begin, this study serves a cursory introduction to the complex, and often turbulent, nature of addiction and treatment. As such, effectiveness of treatment will largely be measured by recidivism rates amongst successful and unsuccessful participants.[2] This marker was chosen by Virginia’s Drug Treatment Court Advisory Committee “because it provides a measure of post-program success.”[3] Specifically, their inference is if one successfully completes a drug court program, then they have better means to cope without resorting to use of controlled substances, and thus have come “clean”.[4] While the effectiveness of treatment can be measured by a variety of other factors, and recidivism might not completely reflect addiction or re-addiction rates, using more complex factors would go well beyond the scope of this article.

In analyzing recidivism rates, the Virginia Judicial System provides two separate studies for recidivism.[5] One looks at rearrest rate and the other looks at reconviction rate.[6] Both rates tell important stories. Rearrest rates look to see if a participant is charged with another crime (presumably possession or another drug related charge) after participation in the program. Reconviction rates essentially take a closer look at the rearrest rate by analyzing whether there is enough evidence for a person to be found guilty of a possession or drug related charge (and, by reasonable inference, suggest that they are still using one or more controlled substances).

As documented in state official studies, it is shown that for both successful (i.e., those who graduated the program) and unsuccessful participants, rearrest rates remained below 50%. For successful graduates, rearrest rates peak at around 25% after three years.[7] Essentially, for every four candidates that successfully complete drug court program, three will not be arrested for a similar crime after a three-year period. By the above-made inferences, this suggests that a successful drug court candidate has a 75% chance of not falling back into addiction, based on rearrest figures alone.

Additionally, as noted in the study, “[successful] graduates show a lower reconviction rate than their unsuccessful counterparts.”[8] Over a three-year period, roughly 18% of successful applicants are reconvicted for a similar offense that brought them into drug court. Again, using the above made inferences, this suggests that over a three-year span, a successful participant has an 82 percent chance of not falling back into addiction, this is even higher than the rearrest rate, despite the larger pool that the rearrest rate pools from.[9]

However, it should be noted that, despite the low recidivism rates for successful participants. Only around 40% of applicants are successful in the program.[10] This suggests that the program is flawed. Specifically, it is noted that drug courts, including those in Virginia, are often underfunded.[11] This suggests the cost of drug court in Virginia may outweigh its benefits, if factors such as funding play a large role in determining the program’s graduation rate.

In a current climate where usage of certain controlled substances is slowly, and imperfectly, being decriminalized, and abusive usage of other substances is growing at an alarming rate,[12] [13] it is important drug courts exist to help mitigate the negative consequences that come with drug abuse. A publicly funded program like drug court is especially important considering the high costs private programs may offer for treatment.[14] Additionally, it is important that treatment options like drug court exist because of the existence of other, more potent controlled substances. Deaths caused by opioid overdoses have been climbing since the late 1990s.[15] Compounded with the high addiction rate of these substances (i.e., heroin and fentanyl[16]), addiction to these substances represents a public health crisis. Because Virginia drug courts cater primarily to clients dealing with opiate addictions,[17] as well as the fact its graduates maintain low recidivism rates, it can be shown that drug courts can play a key role in resolving addictions and maintaining public health within Virginia. However, it should also be reiterated that drug courts have inefficiencies, and other publicly funded means of addiction treatment should be made available to make up for the program’s shortcomings.

[2] Recidivism is defined as the tendency for a person to reoffend (in this case, it is presumed in cited studies that the charge a person is convicted for concerns the possession of a controlled substance). See Off. of Exec. Sec’y, Sup. Ct. of Va, Virginia Drug Treatment Courts 2020 Annual Report (2020), at 33, https://rga.lis.virginia.gov/Published/2020/RD591/PDF.

[13] See Addiction Statistics, Addiction Center (Mar. 4, 2021), https://www.addictioncenter.com/addiction/addiction-statistics/ (stating that 20-30% of opiate users misuse them, with 10% becoming addicted has created a “surge of deaths over the past two decades and that 25% of all people who try heroin will become addicted to it).

[14] See Public vs. Private Addiction Treatment: Which is More Effective?, New Beginnings (Jan. 7, 2018), https://www.newbeginningsdrugrehab.org/rehab/public-vs-private-addiction-treatment-which-is-more-effective/  (arguing that a con of private treatment is the higher cost of service than publicly funded ones).

[15] See Virginia: Opioid-Involved Deaths and Related Harms, National Institute on Drug Abuse (April 3, 2020), https://www.drugabuse.gov/drug-topics/opioids/opioid-summaries-by-state/virginia-opioid-involved-deaths-related-harms (Figure 1 shows the rate of opioid overdoses in Virginia climbing from few hundred a year to over a thousand a year from 1999 to 2018).

[16] See Addiction Statistics, Addiction Center (Mar. 4, 2021), https://www.addictioncenter.com/addiction/addiction-statistics/ (stating that 25% of all people who try heroin or fentanyl will become addicted to them).

[17] See Off. of Exec. Sec’y, Sup. Ct. of Va, Virginia Drug Treatment Courts 2020 Annual Report (2020), at 29, https://rga.lis.virginia.gov/Published/2020/RD591/PDF (explaining that the primary drug addiction that adult participants were being treated for was opiates, with 38% stating it was their drug of choice).