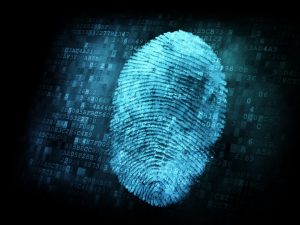 More than eight out of ten Americans believe that DNA evidence is completely reliable or very reliable, and nearly seven in ten think the same about fingerprint evidence.[1] Faith in the validity of forensic evidence is echoed in pop culture, where crime television and film present the evidence as almost infallible in a courtroom. Average Americans determine whether criminal defendants are guilty or innocent, and this perception leaks into our legal system and directly impacts those at risk of losing their liberty. Juries, responsible for deciding the fate of criminal defendants, may be presented with forensic evidence analyzed by a subjective “expert,” and falsely assume the expert used scientific methods to reach their conclusion. The jury may believe they are hearing highly credible proof, but many forensic fields have no industry-wide standards on how to analyze evidence. Although there have been attempts to reform the scientific standards surrounding forensic evidence, the science behind these attempts have become politicized, slowing necessary progress.

In 2009, the National Academic of Sciences (NAS) issued a Congressionally mandated report on the status of forensic science (“NAS Report” or “Report”).[2] Legal professionals, forensics experts, scientists, and engineers made up the committee that produced the 328-page-report. The Report called into question the validity of forensic evidence, detailing the shortcomings and failures of the science behind it.[3] It also called for sweeping reform:

The forensic science system, encompassing both research and practice, has serious problems that can only be addressed by a national commitment to overhaul the current structure that supports the forensic science community in this country. This can only be done with effective leadership at the highest levels of both federal and state governments, pursuant to national standards, and with a significant infusion of federal funds.[4]

The NAS Report also highlighted that, despite the shortcomings of forensic science, the judicial system has been “utterly ineffective” at addressing the problem.[5]

In 2016, the President’s Council of Advisors on Science and Technology (“PCAST”) issued a report (“PCAST Report”) in response to President Obama’s request that they investigate potential steps the scientific community could take to ensure the validity of forensic evidence in the legal system. The PCAST Report investigated the methods used for comparing DNA samples, including bitemarks, latent fingerprints, firearm marks, footwear, and hair. It found that some types of forensic evidence, such as bitemark analysis, fell so far beneath the scientific standards of foundational validity that the Council advised against devoting significant resources to reform them.[6] This is of particular importance because early research indicates that juries are convinced by statements that bitemark analysis experts make on the record.[7] Although frequently used phrases by the experts such as “positively match,” or “consistent with” may hint at a scientific basis for the analysis, they are subjective conclusions made by individuals.[8]

The PCAST Report thus recommended the scientific community conduct additional research to make scientific methods more accurate and standardize methodology. The Council also advised the legal community on how to properly handle experts in the courtroom and how to instruct the jury to consider the limitations of forensic methods. To fund and expand the programming needed to make these changes possible, the PCAST Report also called for governmental action.

[4] National Research Council of the National Academies, supra note 2, at 7.

[9] Press Release, The Department of Justice, Statement on 2016 President’s Council of Advisors on Science and Technology Report (Jan. 13, 2021), https://www.justice.gov/opa/pr/justice-department-publishes-statement-2016-presidents-council-advisors-science-and.