Posted on September 26, 2010 by openwidearchive

Captain Christopher Newport (1561-1617) was a major figure is the Virginia Company’s voyage to the New World and the establishment of England’s first permanent settlement there. Previously, Captain Newport was a successful sailor with Sir Frances Drake, seized fortunes from the Spanish and Portuguese as a privateer for Queen Elizabeth I, where he lost his arm. As the Admiral of the voyage to establish Jamestown, Newport lead the three ships to the New World choosing the site to establish the settlement. He lead the initial explorations for King James, and established peaceful relations with Chief Powhatan. Newport then kept Jamestown alive during their crucial adjustment period, where all other settlers had died, out before by going on four resupply voyages. During the last of these missions, where the ship SeaVenture became shipwrecked in a hurricane in Bermuda, Newport arranged the 150 colonists on board to reconstruct two ships so they could continue on to provide Jamestown the much needed provisions.

Curriculum Connections
The study of the leader Captain Christopher Newport connects to Virginia Studies SOL VS.2 & 3,as he played an integral role in the establishment of Jamestown. 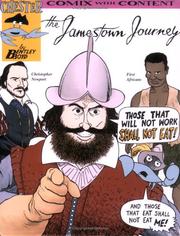 The Jamestown Journey by Bentley Boyd is an easy and captivating read for students in comic book style. Using humor and clever illustrations this graphic novel will engage even the most reluctant readers. This book highlights Christopher Newport’s adventures before leading the voyage to plant Jamestown, comparing him to a pirate! It also gives an overview of the reasons Jamestown was financed- to find gold, how John Smith never really married Pocahontas, and how the colony traded tobacco leaves in place of coins. 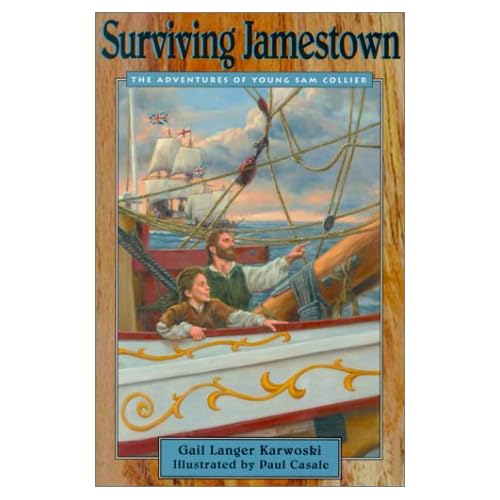 Surviving Jamestown: The Adventures of Sam Collier  written by Gail Langer Karkowski and illustrated by Paul Casale is a great historical fiction book who’s main character is the apprentice to John Smith. Following Sam’s adventures students can learn about the voyage to Jamestown, Captain Newport and his role in choosing and replenishing supplies for the settlement, and much more about the events that took place. This book also includes great full page pencil illustrations. As this book is appropriate for grades 5-7 it may be appropriate for a group of good readers who need a challenge, for less advanced readers this may be best presented as a group read aloud. 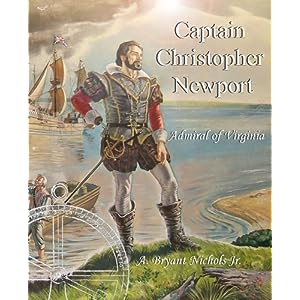 Captain Christopher Newport by . Bryant Nichols, Jr.is a great resource for all the facts and detail about Christopher Newport’s life including his early years as a sailor and a privateer, leading the initial Jamestown voyage and his heroic Sea Venture rescue. This book navigates all his adventures, showing how he was such and integral part of expanding the English empire not only to the New World but to Persia and India, as well as all over the world. As a true leader of men Christopher Newport is highlighted, as he is so often downplayed in Jamestown history.Excerpts of this book could be used to show more detail about the captain, bringing him more to life in the minds of the students. 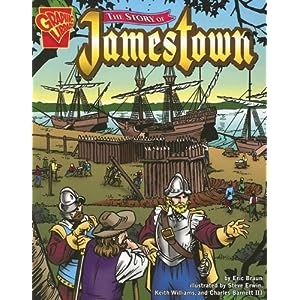 The Story of Jamestown by Eric Braun is a good graphic novel on Jamestown giving a good overview of the topic. This book could be used at the beginning of the unit. The class could create a KWL chart and then read this book on their own to wet their appetites on what Jamestown was all about and what events took place. This book shows Captain Newport’s role in founding Jamestown which can be discussed  as you go more in depth in the unit. 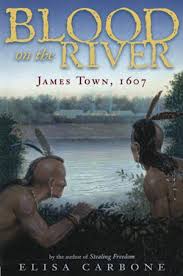 Blood on the River: Jamestown 1607  by Elisa Carbone  is another great historical fiction novel about Sam Collier the page assigned to Captain John Smith. His account of the events leading to the settlement of Jamestown and of its early struggle for survival accurately depict in great detail an overview of everything the students need to know. Captain Newport’s character, a voice of reason,is the leader of the voyage and choosing the site, and then later returning with provisions and a dose of sanity when everything seems to be going to pieces. This is great book for independent reading during language arts, a great way to expand the study of Jamestown across subjects.

From the National Geographic website, this interactive map is full of interesting facts about the colonists as well as the native indians. Kids can explore with a magnifying glass and then click on certain areas to learn more with videos and other resources that give more facts and details.

Students get to be the captain of the Jamestown voyage by choosing the site of the settlement,who will be forced to do labor, what crops to plant, how to interact with the natives and more. At the end of the game they are scored on how well they did in several different criteria  with an explanation on what we know now, and what choices the Jamestown settlers made that cost them many lives.

This game allows students to answer multiple choice questions, seeing how far they can make it to 1,000,000, in Who Wants to be a Millionaire-style. This is a great quiz/test review game.

Students can click on different tabs to explore aspects of the Jamestown Settlement each of which has audio telling them about the voyage, the James Fort, the Indian village, the Chesapeake bay. Featuring maps and visually attractive, interactive features, this is a great site for students to explore on their own.

This site includes tons of info on Jamestown including primary documents, virtual panoramas, and time lines. A great place to explore more in depth on what the town, structures and area was like, the sequence of events and what the official documents sounded like.

Historic Jamestowne, the archeological site that  is jointly administered by APVA Preservation Virginia and the National Park Service, provides lesson plan ideas for educators. These lesson, meant to be in conjunction with a tour of the site, are useful whether you make it in or not.

“You Shall Do Your Best Endeavor”

Students will read and interpret an original document instruction the settlers on what type of site they should choose for the colony. In small groups the students will read the document and then answer questions based on what they gleaned from it.

Clips can be shown of Lori Glover talking about Christopher Newport’s role in saving the shipwrecked Sea Venture, delivering the goods to the colonists who may have died out with out these provisions.