People like coming together. It’s been proven time and time again. With the examples of the songs ‘We Are the World’ by USA for Africa and ‘Girls Like You’ by Maroon 5 featuring Cardi B., the messages behind the songs and their respective music videos help bring awareness to topics affecting people worldwide, both socially and politically. The impact that these videos have been monumental. The response to ‘We Are the World’ was immense, raising about $63 million- about $141 million today (Quora). The women that are shown in ‘Girls Like You’ have made impactful changes to the world we live in today-Ilhan Omar, one of the women in the video was just recently elected as one of the first Muslim women to the House of Representatives for the state of Minnesota.

In terms of musical continuation, both songs written in response to the footage BBC aired (‘Do They Know It’s Christmas?’ and ‘We Are the World’) have both been redone with artists of the present, and whichever artists from the original wanted to be a part of the remake. ‘Do They Know It’s Christmas?’ was redone in 2014, by Band Aid 30, 30 years after the original was released. The group was still made up of British and Irish musicians but included many more artists and many more female artists overall. This version of the song included artists such as One Direction, Rita Ora, Bono, Chris Martin, Ellie Goulding, along with many others. Keeping the name Band Aid is so that the purpose behind the group does not change, even as time goes on and new artists become a part of the group. Therefore, the funds raised by ‘Do They Know It’s Christmas?’ still went to humanitarian efforts going on, and at this point in time, the Ebola crisis was sweeping through Africa, and all the money raised be the song was put towards finding a cure and helping those already infected by the virus.

The remake of ‘We Are the World’ happened in 2010, 25 years after the original was released. Released as ‘We Are the World 25 for Haiti,’ the song was redone in order to raise money for the humanitarian efforts going on in Haiti after the 7.0 earthquake that hit the island and caused mass destruction. Originally, Lionel Richie was not on board with the remake going through, feeling as though the original was too iconic to be redone, and that it would not have the same effect now that Michael Jackson had passed away and wouldn’t be on the track. After Qunicy Jones reached out to Richie and reminded him of why the song was written and recorded in the first place, Richie was on board, wanting to take back up the mantle and once again make a battle cry for the less fortunate.

Just like in the group Band Aid 30, the artists singing on the new track were more present in the music industry at the time, such as Justin Bieber, Nick Jonas and Jennifer Hudson. In homage to Michael Jackson and complying with his mother’s wishes, Jackson’s verse was kept the same, the same footage and the same lyrics, but instead of dueting with Diana Ross, his sister Janet sang with her late brother. Going along with the times and how much music had changed since the original, a rap section was also incorporated into the new track, featuring prominent rapper in hip-hop, LL Cool J, Kanye West, will.i.am. While none of the original artists-minus the used footage of Jackson- of ‘We Are the World’ recorded on the new track like on the Band-Aid 30’s remake of ‘Do They Know It’s Christmas?” two constants were Lionel Richie and Quincy Jones having the input on how the song was recorded so that it stayed true to the message and the purpose of the original.

The artists behind ‘We Are the World’ and ‘Girls Like You’ were expecting a response to their songs and videos. They wanted people to see what was going on the world and give them resources to change it. USA for Africa helped people realize what they had and how so many didn’t have anything, and then gave them the opportunity to give to those who had none. Maroon 5 helped bring attention to the gender gap that exists in our world as of right now and how the women in their video are prime examples of individuality, being who you are, and speaking up and making a change for something they cannot agree with or accept.

There was a quote that I saw during the Women’s March in New York City in 2017. I can so clearly remember seeing it on a poster and not being able to forget what it said, what it meant to me at that moment and how it makes me feel right now. It’s the perfect quote to explain why USA for Africa, Maroon 5, and Cardi B. did what they did with their songs. 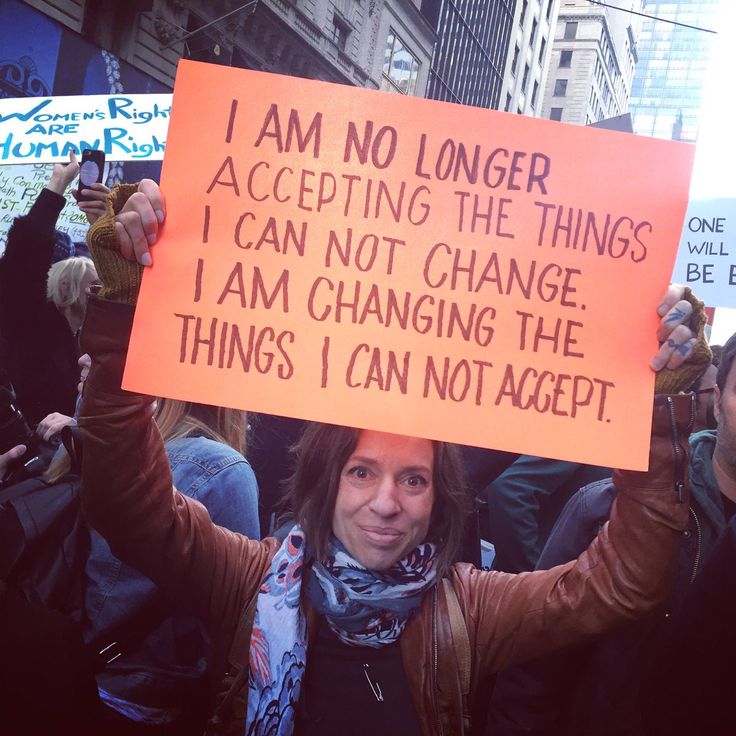