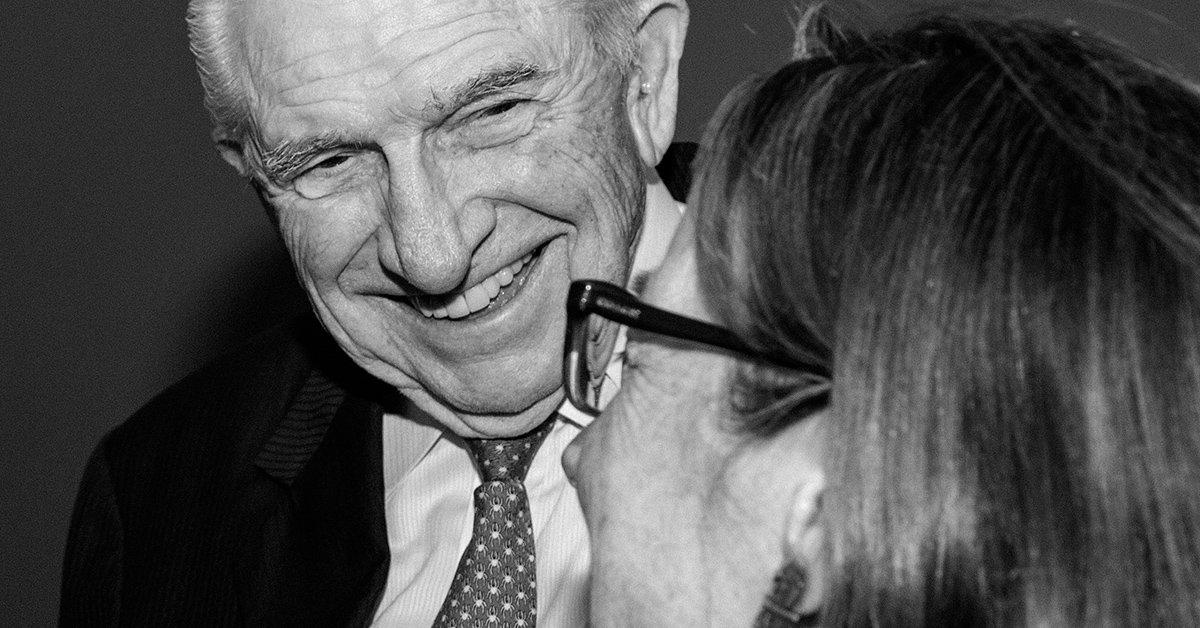 Shortly after becoming dean of the Jepson School of Leadership Studies in August 2007, I had the good fortune to meet Dr. E. Bruce Heilman, University of Richmond chancellor and president emeritus. We began a friendship that would last until his passing on Saturday. This week I’ve been reflecting on the legacy of his leadership for me personally and for the entire University of Richmond community and beyond.

Service to others defined Dr. Heilman’s life, which included stints as a teenage Marine fighting for his country in the Pacific theater during World War II, as president of Meredith College, as president and then chancellor of the University of Richmond, and as a Harley-riding, Greatest Generations Foundation national spokesperson for veterans. He was, quite simply, an exemplar of servant leadership.

To understand the impact his wisdom and service had on so many, I revisited his Finale address to the Jepson School Class of 2014, in which he, then a youthful 88 years of age, briefly described his life and offered pearls of wisdom to our graduating seniors.

“From the beginning, my journey from a high school failure to the presidency of a college and a university evolved from a stream of events that carried me from one unanticipated result to another,” Dr. Heilman said.

The story of his rise from a hardscrabble childhood as the son of a sharecropper in rural Kentucky to the leader of the University of Richmond during what was arguably its most transformative period is the stuff of legend. His ability to choose wisely, ethically, and with an eye to the future under uncertain, constantly evolving circumstances was a hallmark of his leadership.

“Success in life is determined by the character of the journey, impeccable and rigid standards, and an unwillingness to settle for anything less than enduring principles,” Dr. Heilman said.

Continuous learning also factored into his formula for success.

“My charge to you is to keep on learning so you’ll be prepared to accept that special opportunity when it comes your way,” Dr. Heilman told our leadership studies students. “Above all, do something of which you’ll be proud and that serves mankind.”

This is precisely the ethos we seek to instill in our Jepson School students.

Dr. Heilman concluded his remarks with this: “Don’t quit living to the fullest at whatever age you find yourselves. Life isn’t over until it’s over. Keep your bucket list long and full.”

Thank you, Dr. Heilman, for living your life to the fullest in a way that added to the fullness of so many other lives. Your leadership will continue to inspire us for years to come.