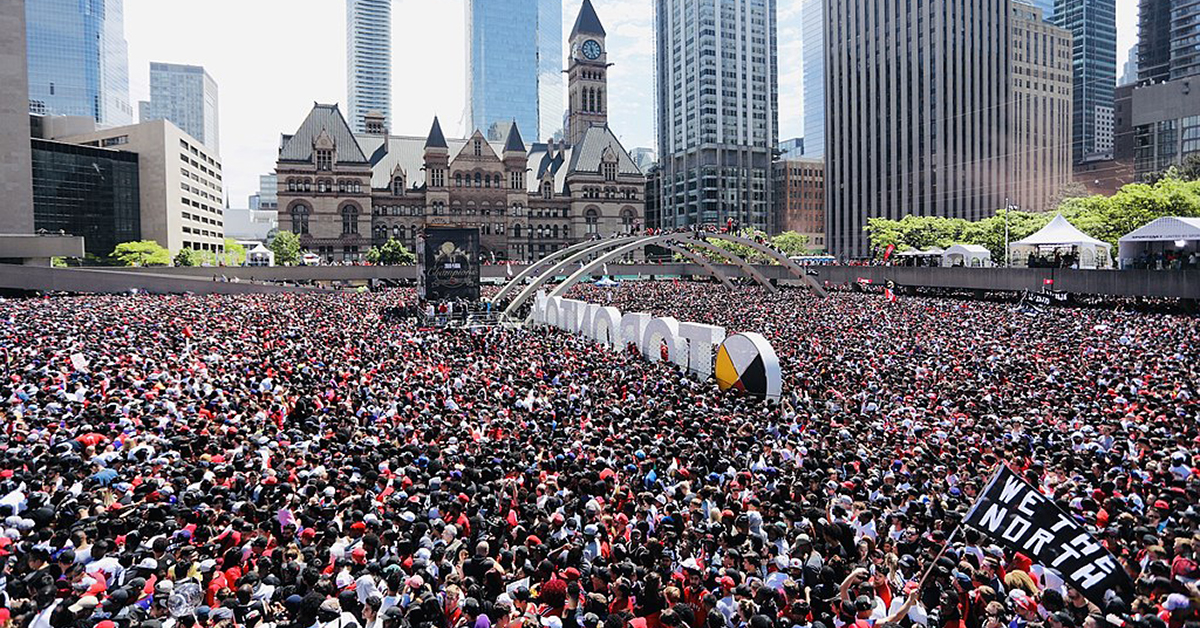 I worry a great deal about the recent rise in nationalism, the tendency to stress national characteristics and superiority. I’m more sanguine about patriotism, a love of place and people without the assumption of being better than others. Political leaders face the difficult challenge of encouraging love of place, patriotism, without descending into xenophobia and narratives of superiority.

The difference between nationalism and patriotism isn’t always straightforward, but we can detect when something positive—love of place and people—erodes into a sense of superiority and xenophobia.

This difference came to mind during the NBA finals. Perhaps because I grew up in Canada, where basketball is less popular than it is in the United States, I haven’t been a fan of the sport in the past. My family watches hockey, the Canadian Football League games, and a bit of curling now and then.

But I’m coming around to the sport of basketball, and patriotism has had a lot to do with it. I watched the Toronto Raptors play in the NBA championship and enjoyed the games immensely.

Why did it matter to me that the Canadian national anthem was part of that spectacle? Each time I heard the all-too-familiar words O Canada, I felt proud of my Canadian heritage and reconnected to my Canadian relatives and friends. I wanted the Canadian team to win.

The “We The North” campaign is an extraordinarily powerful message for Raptors’ fans and, indeed, all Canadians. It taps into our desire to stand out as different, but it stops short of claiming superiority. We are the North, plain and simple, and that’s sufficient.

When I was a child, Canadians stood for another country’s national anthem and saluted a flag that wasn’t ours. Many of us loved both Canada and the United Kingdom, but it seemed important at the time that we Canadians have the trappings of nationhood. We were, after all, an independent country.

With the support of many Canadians, our leaders made great strides in helping us define ourselves—which Canadians seemed unable to do for decades!—when they took the controversial step to design our own flag and anthem. (Notwithstanding my appreciation for Gordon Lightfoot and Bruce Cockburn, I am less convinced about the overall benefits associated with the Canadian content laws that were implemented at about the same time.)

While patriotism and love of our heritage, place, and people are positives, we must be wary of the negative trappings of nationalism. When pride of place and belonging mean we assume superiority and lose fellow feeling for others, when nationalism becomes an instrument for trade or military wars, we must reconsider.

Leading through constant change, even in higher education
Loyalty and leadership