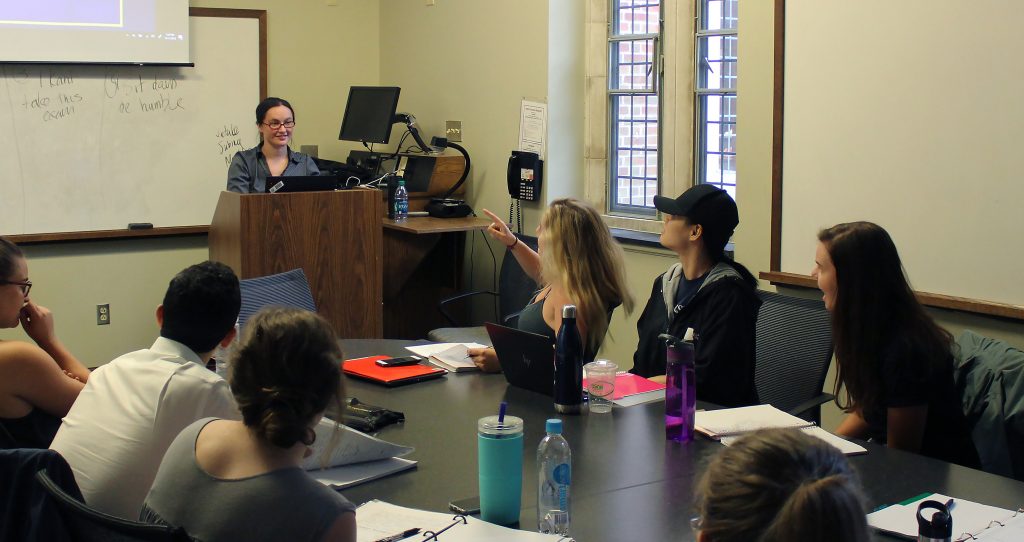 Growing up in southern Ontario in a time and place where we tried to avoid disagreement, I was encouraged to avoid speaking about religion or politics. (The weather was a safe conversational bet. No one’s moral worth is wrapped up in the next snowstorm!)

One of the most intense features of political leadership in any time, and especially now, is that politics entails fundamental disagreement. Such disagreements are not so much about the end goal—many, if not all, politicians enter into the fray with an eye to making their constituency a better place. The real disagreement is about questions of definition (what do we mean by a better place?) and, even more often, questions of how to achieve that end. Since politics frequently involves winners and losers, disagreement is intense.

The Jepson School’s mission is to prepare our students for ethical engagement in society, teaching them for and about leadership. We have always connected scholarly interests with current questions of ethical leadership. It is perhaps no surprise, then, that the newest arrival to the faculty, Marilie Coetsee specializes in the ethics of disagreement. Close to a year ago, Dr. Coetsee presented a scholarly paper to the Jepson School faculty in which she argued that we have an ethical obligation to both speak with and attempt to understand those with whom we disagree. Dr. Coetsee presented a powerful example of disagreement over religion. She argued that people on both sides of the disagreement have a moral obligation to listen, respect, and (only then) respond to one another.

Is there a message that we can leverage from Dr. Coetsee’s research to help us overcome the divides of our time? Agreement is a pipedream. Shielding ourselves from disagreement, however, may not only reify disagreement, but also be harmful. Indeed, Jonathan Haidt argued on our campus last week that simply hearing the other side can be helpful to our moral and psychological health. Haidt presented empirical data that correlated the sharp increase in mental health crises on college campuses with what he and his co-author Greg Kukianoff have famously called the “coddling of the American mind.” In his Sharp Lecture Series talk, Haidt made a powerful case for fostering respectful disagreement on college campuses and elsewhere.

The case for disagreeing civilly and with respect is essentially an ethical one, an agreement that all of us count equally. If Haidt’s data reflect underlying causality, the case for exploring our differences with respect and civility goes beyond ethics to resiliency and emotional and physical well-being.

The ethics of disagreement