According to the United Nations HYDRO Association the Aswan High Dam is the 6th worst large dam for negatively impacting the environment, and it is ranked 7th for humanitarian impacts (Jobin).  If constructed today the Aswan High Dam would not pass UNEP's regulations as a result of its harmful impacts to the surrounding regions.  Although the dam effectively controls water flow during times of flooding and drought, is also obstructs seasonal flood patterns, preventing the flow of natural nutrients and minerals downstream, which farmers in the Nile floodplain depend on to fertilize agricultural lands.  This sediment is also used to replenish lands eroded by river flow, creating a breakdown of the Nile Delta, which may cause the tributaries to merge with ocean waters, killing marine life within waterways.  Marine life in the Nile River has also been affected by the increased use of fertilizers by farmers in a response to the lack of natural silt (Dougherty). 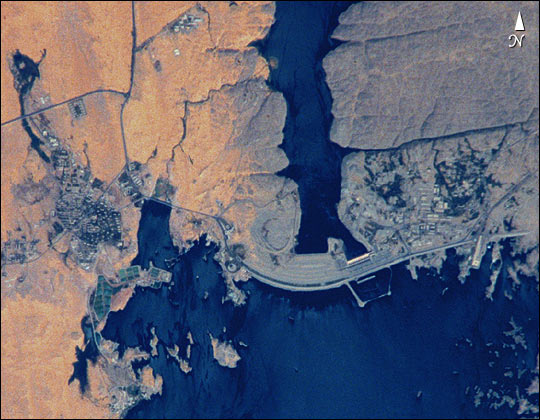 As a result of the hot Egyptian climate, water from the reservoir evaporates at a rapid rate, raising the temperatures of the water and further increasing contaminant concentration, depleting local fish populations.  Because of these conditions it is suspected that methane emission levels are fairly high, therefore, further polluting the region (Jobin).

In addition to its environmental impacts, the Aswan Dam has displaced over 60,000 people since its completion in 1970 (Dougherty), and the still water has become a breeding ground for diseased mosquitoes, increasing the rate of malaria throughout the region.  Also, as a result of its extensive reservoir, the Aswan High Dam has submerged valuable and culturally rich archaeological sites throughout the river valley.  It is argued that the mere 2100-megawatt capacity of the mega dam is not worth all of the humanitarian and environmental implications its construction has inflicted on surrounding areas.

One thought on “Case Study”