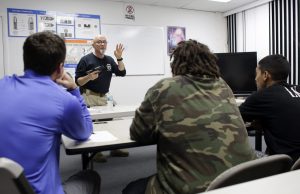 It is important to understand the current landscape of the gun debate in the United States. Gun ownership is a complex and often divisive issue for American policy makers. Currently, guns are more prevalent in the United States now than ever before in history. For instance, as of 2020, nearly one-third of American adults owned a gun and “a little more than a third said they might own one in the future.”[4] Furthermore, “Americans own nearly half of all the civilian guns in the world, and on a per capita basis, the U.S has far more guns than any other nation.” [5]

Also, the number of gun owners in America is increasing dramatically. For instance, of the people who bought firearms from January to April of last year “40% of them were first-time gun buyers.”[6]

However, while American gun ownership has been increasing, so has gun crime.

For example, in the time frame between the Supremce Court’s decision in Heller and today gun related deaths have risen to record breaking numbers. For instance, in 2017 “39,773 people died from gun-related injuries in the U.S.”[7]

However, under the New York law, it is not clear what a special need for self-protection looks like. The term “proper cause” is ambiguous, and what does not amount to proper cause is clearer than what does. For example, it is clear that “living in or working in a dangerous neighborhood “is not ample justification in obtaining a permit.[12] Ultimately, the decision rests upon a licensing officer to determine if a person has “proper cause” for obtaining a concealed carry permit[13]. The decision to award a person a concealed carry permit is up to the discretion of a person that does not have to follow clear grading criteria. As a result of this law, “most New York residents cannot receive a license to carry.” [14]

State governments may differ and have more localized responses when responding to gun crime. However, the Supreme Court should overturn the New York law because it is does not lay out clear criteria for how to obtain a permit. The law in New York is ambiguous. The law is unclear on who can obtain a permit and the law is not clear as to how the state avoids disparities in who gets a permit and who does not.

[5] Brien Wiess, James Pasley, Only 3 countries in the world protect the right to bear arms in their constitutions:  the US, Mexico, and Guatemala, Business Insider (Aug. 6, 2019, 2:42PM), https://www.businessinsider.com/2nd-amendment-countries-constitutional-right-bear-arms-2017-10