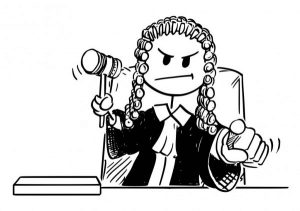 In the summer of 2021, Virginia moved from its well-established institution of jury sentencing to judge sentencing.[1] Joe Morrisey, a Virginia State Senator claimed, “Jurors have no idea what a normal sentence is. That’s why it is important to have a judge sentencing who has the guidelines and can put it into context.”[2] But Joe Morrisey, and the Virginia Legislation in general, failed here to consider the benefits that jury sentencing could have if it was instead revitalized and not dismissed entirely.[3]

Consider first the benefits of judge sentencing- their expertise, their access to resources, their ability to delegate consistently.[4] And now, take a moment to flip this idea on its head. What if juries were given information? What if juries received presentence reports, criminal histories, and information of how similarly situated individuals had been sentenced in the past? This would, at a minimum, provide grounds for more consistent, standard sentences disseminated by juries. The qualms with jury sentencing have long been present in Virginia.[5] Thus, there is reason to suggest disseminating information to juries, and above all else, giving them access to a bifurcated trial system much like that afforded to a judge.[6] There is “a statistical rule of thumb [that] pooling information across independent individuals leads to more reliable information.”[7]Additionally, “discussion among members of small groups, when there is no time pressure, has proved an excellent strategy for making good use of the knowledge held by group members.”[8]

Virginia chose to dismiss jury sentencing entirely, without mentioning what would be lost in doing so.[9] Judge sentencing has been historically opposed by governing individuals and the community at large because “judge sentencing seems to arise from the inherited fear of a centralized government which is unresponsive to the desires of the people.”[10] A single individual handing down prison sentences presents a dictatorial, all-powerful approach that was not intended in the establishment of the free world. [11]By abolishing jury sentencing in the state of Virginia, we have, in a way, taken the voice from the people, and rested all responsibility upon one individual.[12]

Now, Joe Morrisey was correct when he asserted that “jurors have no idea what a normal sentence is.”[13] But, Virginia took the easy way out when they abolished the practice of jury sentencing so historically imbedded in society. [14] Giving juries access to materials afforded to the judge should have been the first step in the process. [15] Next, juries should have been given a trial timeline much like that of the judge. Where a judge is offered the benefit of allocating a sentence weeks after the guilt is determined by the jury, a jury is not afforded the same consideration. [16] If given adequate time after the guilt phase of trial, juries and attorneys would perform more accurately, and more consistently. [17] While this time element would afford more work to jurors in the sense that they too would have to return for a sentencing trial, it would create more fairness and more equity in sentencing. Teasing out how to incentivize jurors to return must be a factor in this determination. But the bottom line is that jury duty is both a privilege and a duty for the citizens of the United States, and cost and time setbacks aside, the desire for fairness, equity, and responsibility should be incentive enough. [18]