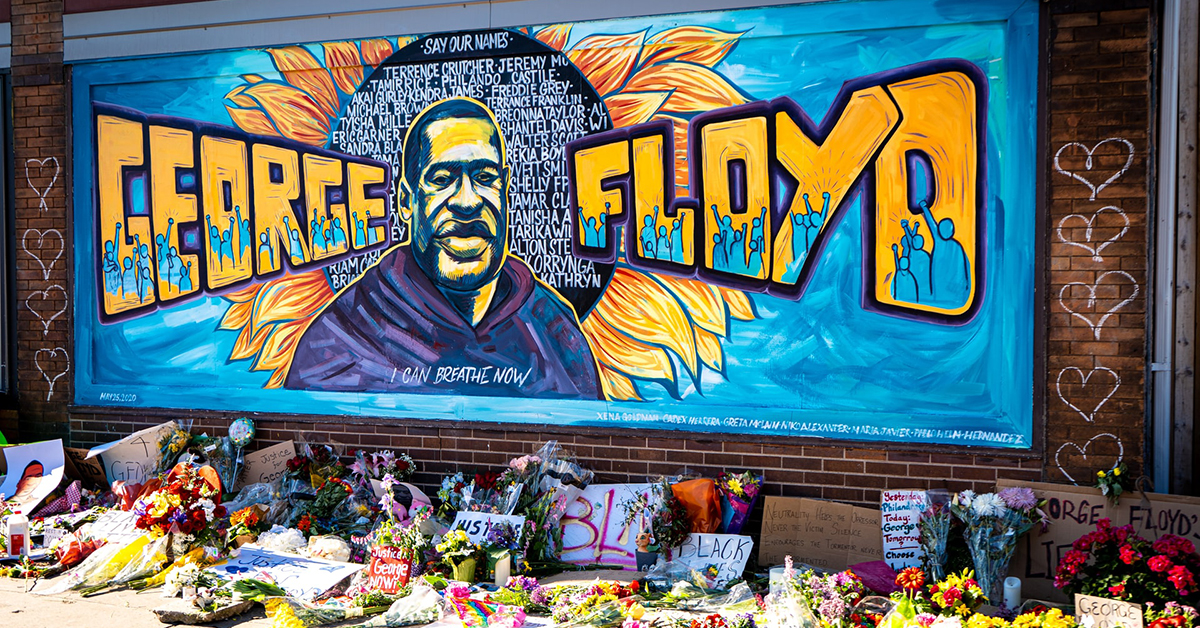 Today I welcome guest blogger Eliana Fleischer. Her essay “Why George Floyd’s Killer Will End Up Like Eric Garner’s Killer: Unpunished” was first published in Medium on May 30 and is republished below. Eliana is a 2020 graduate of the Jepson School of Leadership Studies and the recipient of both the 2020 James MacGregor Burns Award (the School’s highest honor) and the School’s 2019-20 Fredric M. Jablin Award for Undergraduate Research. She wrote “A License to Kill: The Institutional Failure of the Legal System to Hold Police Accountable” as her leadership studies honors thesis.

On Monday, four police officers in Minneapolis dragged George Floyd out of his car and handcuffed him for allegedly trying to use a counterfeit $20 bill. Captured in a video that has now gone viral, Officer Derek Chauvin kneeled on the back of Floyd’s neck for longer than eight minutes, not letting up despite Floyd’s pleas of “I can’t breathe” and continued after he lost consciousness. On Friday, Chauvin was taken into custody and charged with third-degree murder and manslaughter. While this is a step in the right direction, it is far from justice.

George Floyd’s death is too reminiscent of Eric Garner’s death, a black man killed in New York in 2014. Garner was approached by the police for allegedly selling loose cigarettes. Officer Daniel Pantaleo put him in a chokehold and Garner died saying “I can’t breathe.” Six years apart and in two different cities, Floyd and Garner were both unnecessarily killed when police officers used excessive force in response to non-violent alleged crimes. Both men died saying “I can’t breathe.” And in all likelihood, both of their killers will escape criminal punishment.

Pantaleo killed Garner using a chokehold that was banned by the police department, but not technically against the law. He was fired, but not held criminally accountable under state or federal law. A grand jury in New York found no reasonable cause to charge him with a crime, and federal prosecutors decided not to charge him for civil rights violations. According to the law, Pantaleo apparently did nothing wrong.

Although Chauvin’s murder of a black man under similar circumstances to Pantaleo’s occurred six years later and in another state, it is all too likely that the system will fail to hold Chauvin accountable just as it did for Pantaleo. In order for a police officer to be liable for using excessive force, a court must find that their actions were unreasonable from the perspective of the officer and without the benefit of hindsight. Additionally, police officers have qualified immunity from liability. They are presumptively immune unless it can be shown that their actions were unquestionably unconstitutional in light of previous case law. In other words, to prove that an officer should not get immunity, there must be a previous case with similar circumstances in which the officer’s conduct was found illegal.

This creates an inescapable pattern: an officer is entitled to immunity for actions which have not been clearly established as illegal, which means the consecutive officers who perform the same actions can point to the previous case to show that they are likewise entitled to immunity. Essentially, if the Court believes the circumstances in Garner’s death and Floyd’s death are similar, then the fact that Garner’s killer wasn’t convicted is legal reason enough for Floyd’s killer not to be convicted.

Police officers have clearly failed to change after Eric Garner’s tragic and unnecessary death — George Floyd’s equally tragic and equally unnecessary death under similar circumstances serves as a testament to that. And in all likelihood, the case against Chauvin will show that the legal system has just as clearly failed to change, too. We can only hope that the court system in Minneapolis breaks the pattern of excusing state-sponsored deadly violence against black people by ensuring Derek Chauvin’s criminal conviction for killing George Floyd. But if history and precedent are any indicator, don’t hold your breath.

Why George Floyd’s Killer Will End Up Like Eric Garner’s Killer: Unpunished

Education as a leader of social change
Stewardship as leadership