My research has focused on the struggle to widen the franchise in 19th century England. It’s an incredible story, one that ultimately has a happy ending, as the franchise was extended. Along the way, important moral philosophers, such as John Stuart Mill, paid professionally and personally for taking the position, well in advance of their time, that women deserved to be educated and obtain employment in the same manner as men. In opposition to Mill, so-called experts of one sort or another posited women were too emotional or irrational to be full participants in the emerging democracy in Britain.

Mill and his companion and later wife, Harriet Taylor, would have none of it. My book on Mill’s relationship with Taylor was a joy to pull together, as I learned so much about the intellectual leadership of Taylor and Mill. Mill was ridiculed in the press for taking the position that women are people, like everyone else. He was called “feminine,” weak, and unoriginal. The below cartoon presents one of many such criticisms. 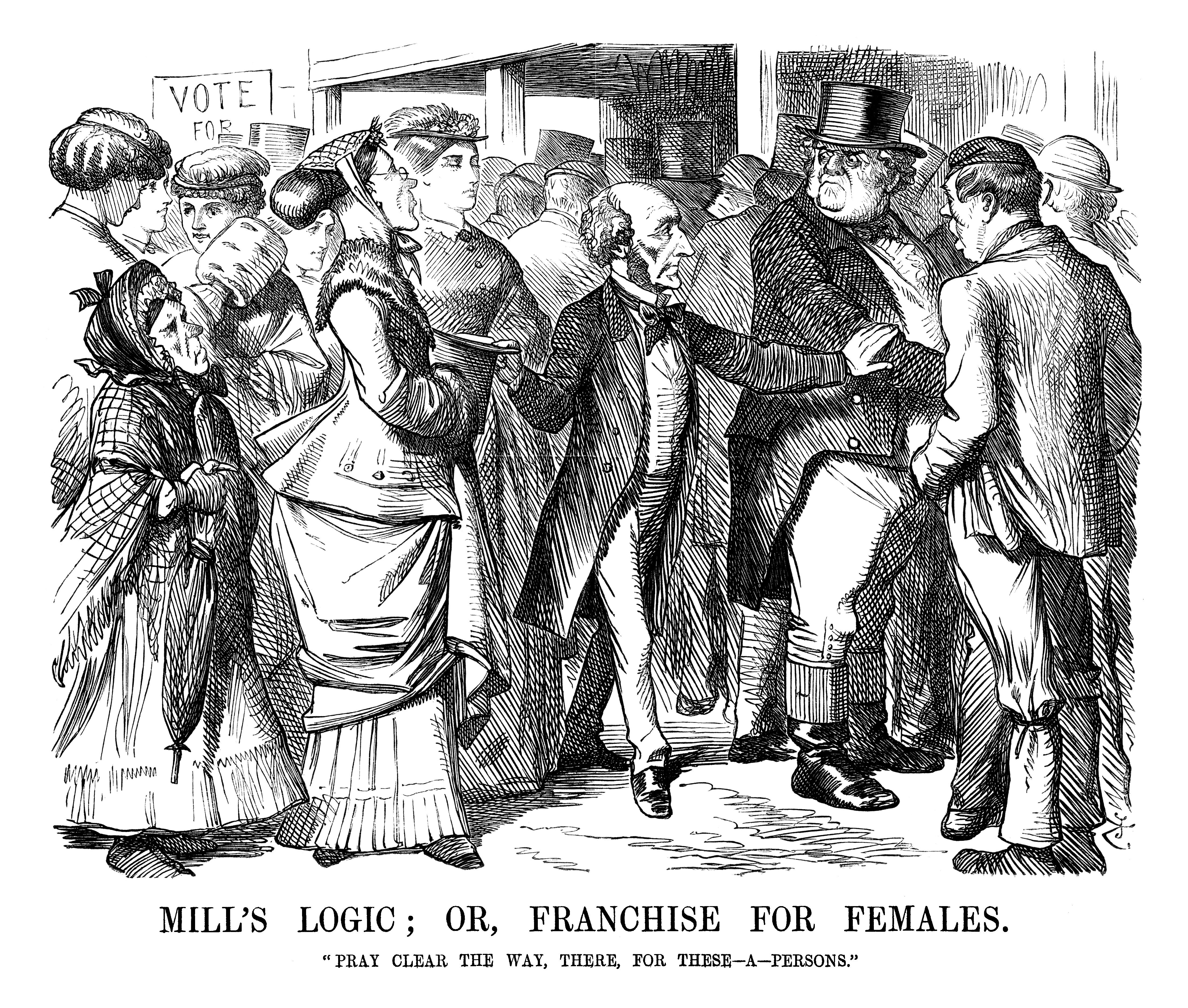 Why is the franchise a flashpoint for such debates? After all, one’s vote has little impact relative to the total. Some economists even argue that it’s not rational to vote, as the expected costs outweigh the expected benefits by such a large margin. That’s all well and good, but as Richmond Mayor Levar Stoney emphasized in a recent talk, it’s beside the point. One can choose to vote (or not to vote) in a well-functioning democracy. Of course, in the Jepson School of Leadership Studies, we encourage our students to be full participants. But the choice is ours to make, not that of some official who informs us that we are “qualified” or not.

Once we entered into the democratic era, it became increasingly important to extend the franchise to all. All women in Britain. In the United States, all women and African-Americans. Mayor Stoney spoke at the University of Richmond as part of the Jepson Leadership Forum speaker series, Does Democracy Work? He recounted his important work to restore the right to vote to thousands of disenfranchised Virginians. Leading change is never easy, but ensuring all stand on equal footing in the democratic process is surely worth the effort.

Leadership and the franchise, then and now

William Penn and the paradoxes of leadership
First day of classes at the Jepson School!