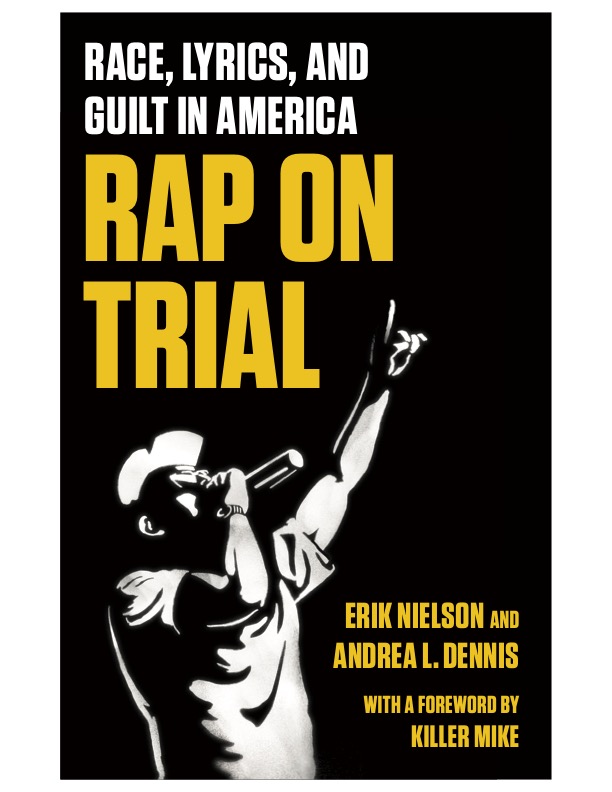 I am excited to announce that my next book, titled Rap on Trial: Race, Lyrics, and Guilt in America, will be out on New Press in November of this year.  This book, which I coauthored with Andrea Dennis (University of Georgia), offers the first in-depth look at the (mis)use of rap lyrics as evidence in criminal trials.  Drawing on the 50+ cases I’ve worked on–as well as the hundreds that Andrea and I have identified across the country–we look at the history of the practice, the reasons for its growth, and the frightening ramifications for young men who are increasingly being incarcerated for their music.

Early responses from readers have been very encouraging, and we are hopeful that the book will spark a much-needed conversation about the relationship between race, art, and the American criminal justice system.

A major thank you to Michael Render (aka Killer Mike), who wrote the Foreword to the book and continues to be a prominent voice in the effort to expose rap on trial.