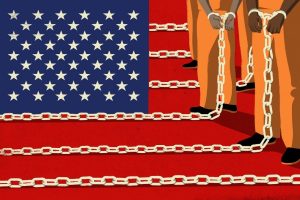 Equal protection has failed to live up to its name in sentencing jurisprudence. When it comes to the guarantee of equality under the law in drug sentencing for crack and powder cocaine, mandatory minimum sentences combined with the disparity in punishment between the two forms of the drug have created a trap of technical language that does not treat anyone equally. Looking at the history of the War on Drugs, the sentencing disparity between crack and powder cocaine sentences it created, and the development of equal protection jurisprudence shows that sentencing law in this area needs a major overhaul.

In 1986, when the Anti-Drug Abuse Act was signed into law by President Ronald Reagan, $1.7 billion dollars was allocated to continue the fight of the War on Drugs.[1] Mandatory minimum sentences were created for drug offenses, which primarily effected African American communities and created vast racial disparities in prison populations.[2] A mandatory minimum is a criminal sentence that essentially ties the court’s hands, barring exceptional circumstances, and forces the court to apply a particular punishment without taking the unique aspects of the case into account.

These sentences become an issue with crack and powder cocaine because they are treated differently under the law, despite the lack of any difference between the drugs at the pharmacological level. Rather than two different drugs, they are simply two forms of the same drug—this means they are consumed in different ways and may cost different amounts, but there is no difference in danger or effect between the two.[3] Despite this, under the 1986 law, a first-time offender with five grams of crack was subject to a five-year mandatory minimum sentence, while that same length of sentence was applied to a first-time powder cocaine offender who possessed 500 grams. This equals a 100-to-1 disparity in sentences simply for possession of different forms of the same drug.[4]

This immediately seems suspect, and only becomes more astounding when viewed with the context of racial use of these drugs: 93 percent of convicted crack offenders were black, while only five percent were white, while most powder cocaine users were white.[5] This means that the version of the drug primarily used by African Americans was sentenced incredibly harshly, while the version primarily used by white people was punished much more lightly. This has played a huge role in exploding prison populations along racial lines that in no way match the general population.

This sentencing disparity has led to many equal protection challenges. Equal protection, at its core, is simply the idea that everyone is entitled to be equally protected by the laws. It is enshrined in the Constitution in the 14th Amendment, but also has been applied to the federal government through the 5th Amendment’s Due Process Clause, as the Supreme Court held in Bolling v. Sharpe.[6] Based on these ideals of fairness and equality, different punishments for possession or sale of the same drug seems like it would fly in the face of equal protection. However, the courts have taken an approach to equal protection that leaves it in a bundle of technical language and abandons the purpose of the clause itself. By determining—in Washington v. Davis—that to apply strict scrutiny there must be a showing of invidious purpose behind a law with discriminatory impact, the Supreme Court flipped equal protection jurisprudence on its head—instead of requiring a showing that a law is unequal, the law must have discriminatory intent that leads to discriminatory impact.[7]

Throughout the years, lawyers have frequently and repetitively attempted to make the argument that this disparity in mandatory minimum sentences violates equal protection, but to no avail. In practice, equal protection jurisprudence has become blind to certain dimensions of racial injustice in the law, perpetuating these sentencing disparities instead of reassessing them to create more equality of law.[8] The courts have created a narrow conception of equality that focuses on process rather than actual equality, leading to mechanical application of rules and ignoring the systemic racism that has led to such racial disparities through sentencing.[9]

There has been some progress in lessening the crack cocaine disparity, through the Fair Sentencing Act of 2010. That act reduced the 100-to-1 disparity, but only down to eighteen-to-one—progress, certainly, but by no means equal. Further equal protection challenges in the courts are necessary and should be continued until the jurisprudence in this area can be effectively changed to actually protect all citizens in an equal way.