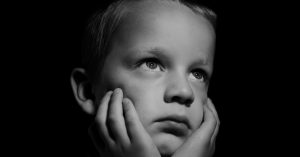 Testifying in court as a victim of a crime can be traumatic. The propensity for trauma arguably increases when the victim is a young child and the alleged crime involves sexual abuse. The tender years hearsay exception is an effective mechanism in reducing trauma to child victims of sexual abuse because it limits the extent to which the victim is subject to examination in open court regarding the specifics of the event.

A tender years hearing is a preliminary hearing in which a party (the prosecution in these cases) makes a motion to admit evidence that would otherwise be excluded at trial.1 The Code of Virginia was amended in 2016, creating an exception to the Virginia Supreme Court Rule on hearsay.2 The amended code section permits the admission of an out-of-court statement made by a child under 13 years old who is the alleged victim of an offense against children.3 However, the statement may only be admitted at trial if two conditions are satisfied.

The first requirement is that prior to trial, the court conducts a hearing and finds “that the time, content, and totality of circumstances surrounding the statement provide sufficient indicia of reliability so as to render it inherently trustworthy.”4 The code section provides six factors to aid the court in determining the reliability of the statement; among them are the child’s age and maturity, any apparent motive the child may have to falsify or distort the event, and whether the child was suffering pain or distress when making the statement.5 The second requirement is that either the child testifies at trial or is declared unavailable as a witness by the court. In the latter case, the statement may only be admitted if evidence exists to corroborate the statement describing the offense committed against the child.6

The underlying policy goals of the tender years hearsay exception (a version of which has been adopted by many states) is to protect children who are victims of crime from further trauma.9 Although in many cases the child may still testify, admitting a statement in which the child explains in detail the nature of the abuse will ideally lessen the extent to which this information needs to be elicited through verbal testimony in open court, often in the presence of the alleged perpetrator. However, an important countervailing consideration as far as the rules of evidence are concerned is ensuring the reliability of the statement.10 The tender years exception seeks to strike this balance by allowing the admission of statements made by children when a court has specifically considered the statement and its context and judged it to be reliable.

The tender years hearsay exception is an effective tool in the adjudication of cases involving sex crimes against children. The prevalence of childhood sexual assault is high—approximately one in four girls and one in 13 boys becomes a victim of sexual abuse before the age of 18.11 The implementation of the tender years exception inevitably reduces the psychological stress of already-traumatized child victims while simultaneously safeguarding the rights of defendants by prioritizing the reliability of evidence and offering specific indicia to aid courts in gauging it.