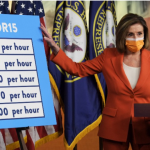 Because Seattle was one of the first places where a $15 minimum wage was implemented, it became one of the first major places where studies and tests were taken to determine the effects of the new minimum wage increase. However, the results have been mixed with no side clearly coming out as having proven the positive or negative effects of the wage increase.[10] Some of the businesses studied continue to thrive even after the wage increase but dealt with employees wanting to work fewer hours due to their new increased wages.[11] Some businesses cut back on employee hours or increased prices of products, while other businesses did not change anything.[12] At the same time, some wonder whether Seattle’s rapidly growing economy has watered down the actual results other cities or states would experience if a $15 minimum wage were implemented.[13]

Current studies have not agreed upon whether a $15 minimum wage increase would have a positive or negative effect to the economy. With other cities and states beginning to implement minimum wage increases, we may have a clearer picture of a potential economic effect. For example, Virginia passed a bill last year to gradually increase the minimum wage to $12 by 2023 with an option being given to increase the minimum wage to $15 by 2026.[14] With more states and cities beginning to inch closer to a $15 minimum wage, the debate over a federally mandated increase will continue to be a topic of discussion until a clear result is found.

[5] Drew Desilver, When it comes to raising the minimum wage, most of the action is in cities and states, not Congress, Pew Research Center (Mar. 12, 2021), https://www.pewresearch.org/fact-tank/2021/03/12/when-it-comes-to-raising-the-minimum-wage-most-of-the-action-is-in-cities-and-states-not-congress/.