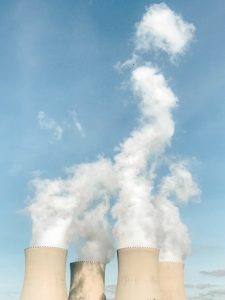 As America faces a racial reckoning, renewed interest in tackling systemic inequality is pressuring courts and legislatures alike. Environmental Justice is one such movement gaining popularity both with lawmakers and challengers in court.[1] The concept sits at the intersection of civil rights and environmentalism. It is a bridge between the technical aspects of regulating pollution and the human element of mitigating pollution’s effects on people. For Virginians, it may be one of the most critical areas of untested law that will be used to combat inequality in the coming years.

The framework for Environmental Justice began in the 1960s.[2] In the Civil Rights era, the disparate treatment of BIPOC communities was made abundantly clear to the American people through vocal activist groups and groundbreaking studies.[3] Environmental Justice was a response to the transparent disproportionate rates that communities of color were exposed to hazardous pollutants­–a concept more colloquially called environmental racism.[4] Though Environmental Justice was a buzzword for decades, it was not until a 1994 Executive Order (Exec. Order 1298) passed by President Bill Clinton that the movement was codified and actively promoted within federal agencies.[5] States have similarly passed Executive Orders and added environmental racism considerations to state agency decision making. For example, in 2014 Massachusetts passed an Executive Order requiring environmental justice to be an “integral consideration in the development and implementation of all state programs” including grants, loans and other agency actions direct.[7]

Studies show these executive branch efforts have not gone far enough, and environmental racism still runs rampant. An article in the Proceedings of the National Academy of Sciences for the United States found populations bear a “pollution burden” of 56% and 63% excess exposure, respectively, relative to the pollution caused by their consumption.[8] The National Association for the Advancement of Colored People (NAACP) and the Clean Air Task Force found that African Americans are exposed to 38% more air pollution than white people and are 75% more likely to live near toxic pollution than the rest of the American population.[9]

So if Environmental Justice is a vintage civil rights era solution to a problem still prevalent, why is it an untested area of law in Virginia?

To start, Environmental Justice is not a synthesized movement.[10] Heavy-hitting national non-profits such as the National Resources Defense Council or EarthJustice primarily challenge enforcement actions, regulations that do not go far enough to protect natural resources, or efforts to mitigate climate change.[11] While community and Environmental Justice are sub-topics for these national organizations, it is not the main focus.[12] Most Environmental Justice groups are regionally or neighborhood-based.[13] The movement’s localized nature has shifted the burden to states and city governments to provide environmental racism remedies.[14] The state-by-state process has been slow-moving.

In 2019, twenty-five years after Executive Order 1298, New Jersey passed a bill that is the first of its kind in the country.[15] The bill requires the state’s Department of Environmental Protection to deny permits for power plants, incinerators, landfills, extensive recycling facilities, and sewage treatment plants in particular minority and impoverished neighborhoods if the projects pose health and environmental risks in conjunction with the threats those communities already face.[16] The bill is touted as hopeful model legislation for other states to implement.[17]

In Virginia, Governor Ralph Northam passed Executive Order 29 in 2019, creating a temporary Environmental Justice Advisory Council.[18] Continuing momentum, the Democrat-controlled General Assembly passed a resolution requiring making the Advisory Council to the Governor permanent.[19] The resolution will require agencies to consider how permitting and other agency actions might affect communities of color.[20]

However, there are mechanisms other than legislation that could more immediately grant remedies to communities of color facing environmental racism. Lawyers in Virginia are challenging racist Zoning and permitting by citing Environmental Justice considerations in arguments—and they are winning.[21]

In Friends of Buckingham County, the Friends of Buckingham County non-profit and the Chesapeake Bay Foundation brought suit against the State Air Pollution Control Board and Department of Environmental Quality for proposed placement of a natural gas compressor station in the historically black area of Union Hill in Suffolk County, without considering its effects on the community.[22] The 4th Circuit said that “[w]hat matter[ed] is whether the Board has performed its statutory duty to determine whether this facility is suitable for this site, in light of [environmental justice] and potential health risks for the people of Union Hill.”[23] Friends of Buckingham County was a landmark case showing that courts are willing to enforce protections against environmental racism, almost purely based on environmental justice considerations.[24] The door is open for more causes of action to be brought forward and a fresh opportunity for legal challenges to refine Virginia’s EJ laws.[25]

There are abundant issues to be tried, from pipeline projects to industrial zoning laws and coal ash pollution of waterways. This year alone, COVID-19 has exposed the fundamental differences between BIPOC and white neighborhood community safety that could be shaped by better environmental protections.[26] The climate is ripe for change. Virginia lawyers should embrace their role in shaping the Commonwealth’s future, where all Virginian communities are entitled to clean air, water, and equitable treatment under the law.

[1] Justin Worland, Why the Larger Climate Movement is Finally Embracing the Fight Against Environmental Racism, time (Jul. 9, 2020 6:23 AM) https://time.com/5864704/environmental-racism-climate-change/.