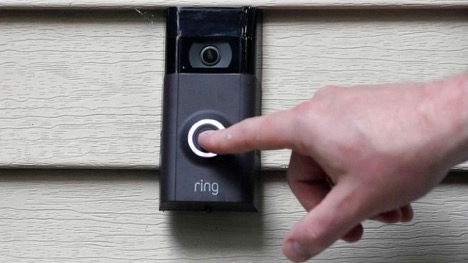 Millions of Americans have Ring Doorbells, a modern doorbell with video capabilities, to protect their homes and privacy. [1] However, these doorbells may actually be invading their privacy more than protecting it.  Ring uses an app called Neighbors to connect its users, but this app also allows police departments that have contracted with Amazon, the parent company of Ring, to utilize the information and video collected by Ring users. According to the ACLU, “Recent reporting has revealed that Amazon helps police departments give free or discounted Ring cameras to residents, gives police a portal for requesting video and special access to their social app “Neighbors” (which helps neighbors share video clips), and coaches police departments on how to get users to agree to turn over the footage. In turn, some police departments have agreed to promote Ring cameras and the Neighbors app. According to a document obtained by Gizmodo, they have even given the company the right to approve or censor what police departments say about Ring.” [2] Amazon has partnered up with hundreds of police departments across the country.[3]

This raises serious concerns about whether police can protect and serve the public while at the same time fulfilling contracts with Amazon. Not only are police departments being encouraged to promote Ring doorbells, but local governments are as well. Caroline Haskins writes,

“Cities and towns around the country are paying Ring up to $100,000 to subsidize the purchase of the company’s surveillance cameras for private residents. For every dollar committed by a city per these agreements, Ring will match it. This motivates cities to pledge tens of thousands of dollars to a tech giant that is building a private, nationwide surveillance network—which Amazon is using, in part, to secure the packages it delivers.”[4]

Taxpayers should be wary that they are not inadvertently giving the government the power to diminish all privacy. The public should be concerned about how much they are being surveilled, but also what police departments are doing with the video surveillance they have access to. “Ring has no security requirements for law enforcement officials to gain access to users’ footage, and no restrictions on them sharing it with third parties, according to the findings of the investigation released by Markey’s office.”[5]  This violation of Americans’ privacy continues to perpetuate an analytic driven society where information is bought and sold to the highest bidder at the expense of the American people. Not only is there a risk of users’ information being sold, but there is also a risk of creating a state of constant surveillance and undermining people’s assumed privacy. Drew Harwell of the Washington Post writes, “legal experts and privacy advocates have voiced alarm about the company’s eyes-everywhere ambitions and increasingly close relationship with police, saying the program could threaten civil liberties, turn residents into informants, and subject innocent people, including those who Ring users have flagged as ‘suspicious,’ to greater surveillance and potential risk.”[6]

There are serious privacy concerns related to video doorbells, including what police are doing with this information and how they are getting in the first place. As technology such as Ring doorbells become more prevalent in society, we as an Americans people have to ask ourselves, is it worth sacrificing the right to privacy for peace of mind?