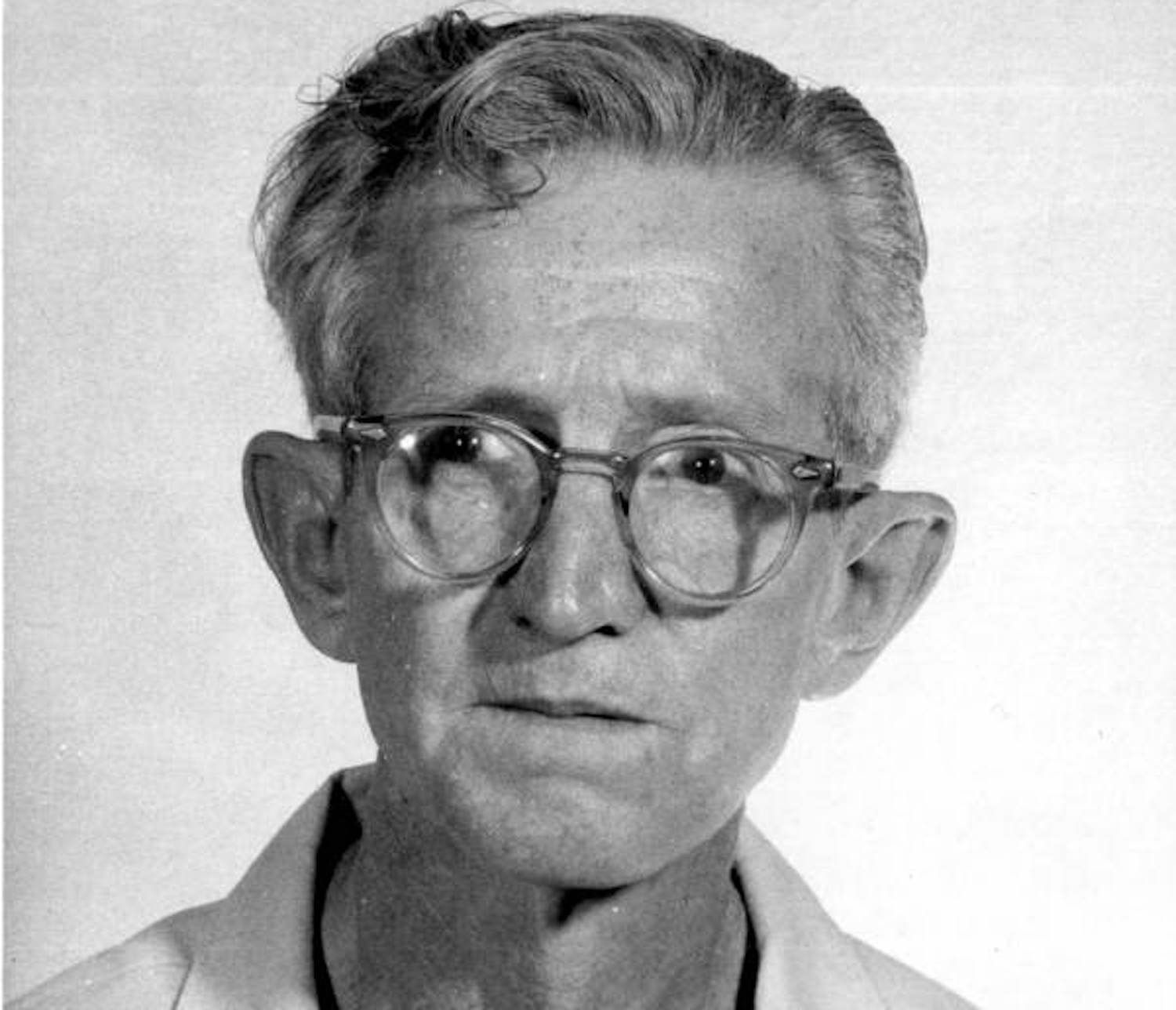 A pressing issue exists in regard to the quality of indigent defense in America: the pay disparity between public defender and prosecutor offices. This pay discrepancy goes beyond the tax statements of individual lawyers. It affects the ability of public defender offices to recruit quality attorneys, manage their caseloads, and provide the caliber of representation promised by the U.S. Constitution.[1]

America did not always have public defenders. The Supreme Court (SCOTUS) first declared that an indigent defendant must have appointed counsel in 1932.[2] In 1963, they extended the right to counsel for the indigent to include all felonies,[3] then to all misdemeanors that held the potential for incarceration in 1972.[4] Since these rulings, every state in the country has developed a system to supply their indigent defendants with counsel.[5]

In his concurrence in Argersinger v. Hamlin, Chief Justice Burger stated, “‘that the [goal of the] system for providing counsel and facilities for the defense be as good as the system which society provides for the prosecution.’”[6] Yet when it comes to the budget allocated for prosecution compared to indigent defense, the system is clearly not equitable in many parts of the country.[7]

Virginia is no exception to this problem. In Richmond, the starting salary for a public defender is $53,000, which is — on average — 40% less than entry level assistant commonwealth attorneys (ACA[s]) in the city.[8] Over the past 3 years, the Richmond Public Defender’s Office has lost 60% of their staff to higher paying positions, including to the Richmond Commonwealth Attorney’s Office.[9] 27 of the 29 public defenders in the Richmond office have a smaller salary than that of the best paid administrative assistant in the Commonwealth Attorney’s Office.[10] This pay disparity results in indigent defendants being represented by attorneys who have less experience than their counterparts.[11] To make matters worse, in 2018 29 defense attorneys handled cases for 8,884 clients, many with multiple charges and appeals, which comes to approximately 306 clients per attorney on staff.[12]

The reason for the pay gap in Virginia is a simple one: most local jurisdictions supplement the state salaries of ACAs, but not the salaries of public defenders.[13] Only four of the 25 jurisdictions in Virginia with a public defender office supplement the state salary for public defenders: Alexandria, Arlington, Charlottesville, and Fairfax.[14] For cases where the public defender’s office cannot represent a client due to a conflict of interest, or in jurisdictions that lack a public defender’s office, Virginia courts appoint lawyers who work at a rate assigned by state law with caps in place that can only be raised by the individual judge on the case.[15] A reform act in 2007 increased the cap limit and the pay rate for court appointed lawyers, but the system used to fund the payments to these lawyers has run out of money before the end of 4 different fiscal years since then, including last year.[16] Those new caps are still among the lowest in the country.[17]

Further complicating matters is the advent of body cameras worn by police officers. There are 7,300 body cams in use in Virginia by various law enforcement agencies.[18] Reviewing this footage for potential evidence adds a tremendous workload to both ACAs and public defenders.[19] In 2018, the General Assembly mandated that commonwealth attorney offices have at least one prosecutor for every 75 body cams.[20] The General Assembly added $747,800 to the budget for all commonwealth attorney offices to hire more attorneys to meet this goal, but has only committed to hiring 20 paralegals for all the public defender offices across Virginia.[21] Newport News Deputy Public Defender Robert Moody stated, “[Public Defenders] should be equal partners [with prosecutors] on the playing field, but it doesn’t seem that way.”[22]

These problems can and should be fixed. The simplest solution for defender-prosecutor pay disparity, as well as managing caseloads, would be an increase in the funding assigned to the Virginia Indigent Defense Commission for the express purpose of increasing salaries and hiring more attorneys. Relying on local counties and cities to subsidize indigent defense funding will only allow these problems to continue, as many jurisdictions either lack the funds or the will to do so. To solve the court appointed pay problem, public defender offices should be opened in the jurisdictions that lack an office, if practical, and the pay rate and caps should be once again increased for appointed attorneys as they were in 2007 so that an appointed attorney can spend more time on individual cases without going broke.[23]

[5]In Your State: Delivery Model, Gideon At 50 http://gideonat50.org/in-your-state/#delivery-model(last visited Oct. 28, 2019) (states have a variety of systems for providing and funding indigent defense, causing discrepancy in pay among defense attorneys themselves, as well as differences in the oversite and quality of indigent defenders).

[7]See generally Laurence A. Benner, The Presumption of Guilt: Systemic Factors that Contribute to Ineffective Assistance of Counsel in California, 45 Cal. W. L. Rev.263, § VII (2009) (looks at pay disparity between California prosecutors and defenders; The state spent $346,794 per district attorney, but only $243,640 per public defender); Katie Shepherd, Public Defenders Make Far Less Than Prosecutors. An Oregon Lawmaker Wants to Give Them a Raise, Willamette Week(Oct. 24, 2018) (Oregon Rep. Jeff Barker says public defenders are “Horrifically underpaid”) https://www.wweek.com/news/courts/2018/10/24/public-defenders-make-far-less-than-prosecutors-an-oregon-lawmaker-wants-to-give-them-a-raise/; Eli Hager, Louisiana Public Defenders: A Lawyer With A Pulse Will Do, The Guardian(Sep. 8, 2016) (Louisiana ran out of state funding for public defenders, so judges were appointing lawyers without criminal law experience to represent indigent defendants pro-bono; An insurance attorney appointed for such a case, Ryan Goodwin, said, “I wouldn’t want me representing me”) https://www.theguardian.com/us-news/2016/sep/08/louisiana-public-defender-crisis.

[11] Id. (“[Deputy Public Defender Lauren] Whitley says all that turnover means defendants are often represented by lawyers with much less experience than the prosecutors on the other side of the courtroom. [The Richmond Public Defender’s Office] calculated that almost half their office has less than three years of experience, compared to 12 percent, or five out of 40 lawyers, in the city prosecutor’s office”).

[12]Virginia Indigent Defense Commission, Annual Report 2018, 18 (Sept. 28, 2018) (The VDIC keeps track of its total number of cases by counting the number of clients served, not individual charges, see pg. 14 for how cases are counted) https://rga.lis.virginia.gov/Published/2018/RD325/PDF.

[13]Ned Oliver, Most Public Defenders in Richmond Make Less Than a Secretary in the Prosecutor’s Office. They Want a Raise, Virginian Mercury(Sept. 30, 2019) https://www.virginiamercury.com/2019/09/30/most-public-defenders-in-richmond-make-less-than-a-secretary-in-the-prosecutors-office-they-want-a-raise/.

[14] Id. (Fairfax Deputy Public Defender Andy Elders says that Fairfax’s supplement is enough to help stem the flow of attorneys out their office, but not to achieve parity with ACAs)

[19] Id. (both public defenders and court appointed attorneys in Hampton Roads have expressed frustration over the volume of body cam footage per case, requiring more hours to be spent on individual cases; attorneys have had to limit how much footage they watch in order to balance their caseload, potentially missing evidence. 93% of surveyed VA Public Defenders reported having difficulty finding time to view body cam footage, and 73% said watching body cam footage took away from other case related work).

[23]Ned Oliver, Most Public Defenders in Richmond Make Less Than a Secretary in the Prosecutor’s Office. They Want a Raise, Virginian Mercury(Sept. 30, 2019) (prosecutors in Henrico and Chesterfield counties support establishing public defender offices there) https://www.virginiamercury.com/2019/09/30/most-public-defenders-in-richmond-make-less-than-a-secretary-in-the-prosecutors-office-they-want-a-raise/.