In Asia, there is a hip-hop scene that has been developing for some time now and has been growing a quicker pace since the early 2000s.[1] While some view it as being “culture vultures,” this can be viewed similarly to Eminem’s case. While Eminem became successful because of his intense, but relatable lyrics, Asian artists such as Rich Brian, Higher Brothers, Kris Wu and Keith Ape have found success by incorporating Asian language in their lyrics. But with success does come with some mishaps. One of the first songs that Rich Brian released called “Dat Stick” contains the n-word which created a lot of backlash and this has happened before during the era of hip-hop like when Post Malone used the racially charged word early on in his career. Since the Higher Brothers are from China, they also face a lot of backlash from their own government who tries to censure as much as they can. This can be seen as a form of self-expression and “rebellion” similar to what the creators of hip-hop faced. 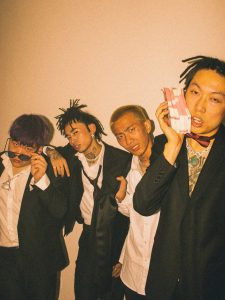 This ties into Eminem’s career because even though his use of profanity was very generous in his songs, he never crossed that line by using language from a culture that he did not come from. If artists are able to incorporate their own special twist on genres of music from other cultures, then they will have a chance of succeeding because they can appeal to their own desired audiences while also still appealing the rest of the masses. For example, with the Higher Brothers, most of their songs use Chinese with bits of English here and there, but because the beat of the song is still hip-hop, there is still that comfort that the song is still under the umbrella of hip-hop. What makes them stand apart from the rest is found within the instrumentation which in their song “Made in China” you can hear traditional Chinese instruments being played accompanied by synths and hard-hitting beats. Lyrically, they also poke fun at their own culture by making stereotypical jokes, something that Eminem did to boost his own career. They also use the specific dialect from the city of Chengdu which has actually produced a number of Chinese rappers over the years such as Fat Shady and Kafe Hu.