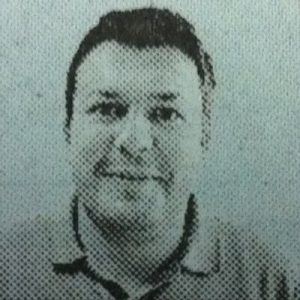 Jorge Sainz Gómez is a political journalist for El Diario Vasco (DV), a predominantly Spanish daily newspaper that covers news for the Basque region but does not promote Basque independence. The publication began in 1934 during the reign of dictator Francisco Franco as a paper that promoted democracy, instead of Franco’s fascist ideology.

Since its inception, the paper has continued to foster the ideas of Spanish nationalism, not Basque nationalism. Because of this, the paper condemns the violence of the Euskadi Ta Askatasuna (ETA), a separatist, terrorist organization that operates throughout Spain. Sainz Gómez, a native of the Basque Country, has worked for DV since 1998 and follows this theme is his reports.

All of Sainz Gómez’s work regarding the ETA falls under the category of politics because the ETA and the politics of the Basque region are deeply intertwined. He has been a journalist for 20 years. In his stories about the ETA, Sainz Gómez often covers how the different Basque political parties grapple with the ETA and the current and future statuses of imprisoned ETA members.

Charlotte Dowell: Why have you chosen to report on terrorism?

Jorge Sainz Gómez: The Basque Country has always been marked by violence and attacks, and since I was a child living it, I have been interested to explain the reasons for this [violence]. It has marked the lives of the Basques until the ETA’s end in 2011.

CD: What is the word choice you use to describe the ETA or the politics of the Basque Country?

JSG: Terrorism has been used since the 80s to describe ETA attacks or attacks against the state.

CD: How do the politics of the Basque Country affect your reporting of the ETA?

JSG: The ETA has conditioned the lives of the Basque people for decades — everything has revolved around them. I have devoted myself to this topic almost exclusively. Now we write less about the ETA, but we also address its disappearance, the future of its prisoners and the construction of coexistence. But other issues like Catalonia occupy more space on TV, radio or newspapers.

CD: Do you use different reporting methods when you speak with victims of the ETA versus people supporting the ETA?

JSG: Yes. Depending on whether they are victims or people close to ETA, I try to adapt the language to their needs and highlight the views they have — as long as they do not talk about defending violence.

CD: Is it difficult to maintain your objectivity when reporting on the ETA in the Basque Country? Has there ever been a moment in your career when your Basque identity was in conflict with your identity of a journalist?

JSG: I think I’ve managed to be objective even when terrorists killed a manager in my newspaper. Of course, the basis of reporting has always been to reject the violence of the ETA and any violation of human rights.

CD: How do you choose and find sources for your stories?

JSG: The key to good journalism is good sources. We must give them confidence — try to treat them with respect even if sometimes you are critical of their position. Sometimes you cannot say everything you know, when you want to. The sources give to you, but you have to give to them a little too. In that sense I was lucky. Although the source can never hinder the journalist. There must be a balance between the reporter and the source.

CD: The politics of the Basque Country are very intertwined with the ETA. How do you separate the two?

JSG: It is difficult to separate as long as the wounds of violence persist, and that will remain for at least ten years. The Basque independent left has trouble negotiating with the rest of the parties for their past support to the ETA, and it does condition the political climate.

CD: What are the responsibilities of a journalist? Who are you loyal to — the government, the people, your publication?

JSG: In this order: I am loyal to the people (the readers), the publication and the sources.

CD: How important is the audience for you when writing? Do you think sometimes it is necessary to censor your articles to protect your audience?

JSG: No, there should be no censorship. You have to provide the facts to the audience and try to explain why things happen.

CD: How has the conversation about the ETA changed over the years?

JSG: Now there is no fear to talk about the ETA since the violence has ended, but before there was. Since the ETA has given up their arms, we can talk more about questions like the need to bring prisoners to jails in the Basque Country, or loosening the penitentiary policy.