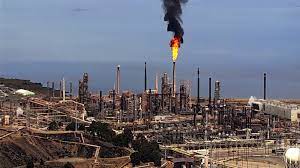 On April 22, 1970, 20 million Americans protested for environmental reforms[1]. About eight months later, the Environmental Protection Agency (EPA) was established, a new era of protecting land and waterways that the public can benefit from and enjoy.  Now in 2021, Greenhouse Gas Emissions are at their highest recorded levels[2], and we continue to see a rise in extreme weather events[3] causing 21.5 million displacements every year since 2009[4]. In recognizing the sources of climate change, it has been uncovered that over half of global industrial emissions since 1988 can be traced to just 25 corporate and state producing entities[5]. Meaningful federal regulations can combat climate change, but change can also come by holding polluters accountable with state tort climate litigation. Many companies attempt to escape liability by removing these cases to federal courts, and the recent Supreme Court decision in BP PLC v. Mayor and City Council of Baltimore placed additional obstacles.

During opening arguments in BP PLC, attorneys on behalf of the Defendant’s argued that these sorts of cases are best handled under federal courts because questions on climate change are inherently federal[6]. Companies also generally prefer federal courts over the home-advantage of state courts towards plaintiffs[7]. Many of our Federal Environmental statutes deal with issues that affect human health like pollution and hazardous waste[8] but rarely account for issues of climate change, which is much slower and experiences delayed effects that are practically untraceable to any single polluters. Environmental Torts provides an opportunity for the public to hold industries accountable for damages[9]. However, it has been extremely difficult for entities to sue polluters and industries under State tort law claims for injuries for environmental hazards[10].

In American Electric Power Corp. v. Connecticut (2011), the Supreme Court held that corporations could not be sued for greenhouse gas emissions under federal common law because the Clean Air Act delegated regulation of GHGs to the EPA[11]. The city of New York and eight states sued five electric power companies for public nuisance, claiming that the effects of their high gas emissions contributed to climate change, which was becoming an unreasonable interreference with public rights[12]. Public rights can include things like interference with navigable waters or obstruction of the free use of property[13].

Parties have also tried to seek damages through state courts under state tort laws, and the Court’s decision this year presented additional challenges in preventing removal. In May of 2021, the Supreme Court ruled in BP PLC v. Mayor and City of Council of Baltimore that an appellate court had to review all grounds for removal before remanding a case to state court[14].

The complaint focused on damages caused by climate change despite the petitioner’s knowledge that they were contributing to this issue[15].  The District Court ordered for the case to be remanded to state court after reviewing removal, which the companies appealed for review by the 4th Circuit Court. Historically, federal appellate courts lacked the jurisdiction to review a district court’s decision to remand except when it was a civil rights issue or one of the parties was a federal officer, and Chevron claimed to be a federal officer because it had worked with the U.S. Government[16]. The appellate court ruled that Chevron was not a federal officer and remanded the case. Chevron then appealed to the Supreme Court, who sent the case back to the 4th Circuit to review the remaining 7 claims for removal, claiming that the 4th Circuit Court incorrectly reviewed only the federal officer exception claim when it should have reviewed all eight claims[17].

At the time of this writing, 28 climate common law cases are pending in the U.S.[18] The Court’s decision could cause future cases to be delayed. Justice Sotomayor, writing the sole dissent, pointed out that the Baltimore parties were already in litigation for three years before the decision. She also warned of gamesmanship because of the decision, that companies can now add frivolous claims to lengthen litigation[19]..

Because of the limited options available for plaintiffs in Federal court, state tort law claims can become a growing avenue to hold large fossil fuel companies accountable for global emissions and the effects of climate change. Federal common law claims reduce the global climate crisis to nuisance complaints, but State laws open different options for accountability. In addition to this, climate science continues to evolve, making the ability to track emissions to specific polluters a real possibility in the years to come[20]. Rather than wait, hopefully our federal and state legislatures will pass statutes allowing for additional ways for the people to hold the companies behind our growing emissions accountable.

[3] The Human Cost of Disasters: An Overview of the Last 20 Years, UN Office for Disaster Risk Reduction (2020), https://www.undrr.org/publication/human-cost-disasters-overview-last-20-years-2000-2019