In 2020, the Animal Legal Defense Fund (“ALDF”) released footage from the Dick Van Dam Dairy, a California dairy farm which supplies milk to corporations producing well known products such as the DairyPure and TruMoo brands.[1] The video contained images of “newborn calves . . . left to die or decompose in the same pens with mother cows,” “workers poking cows in the eyes and twisting their tails to the point the bone breaks,” images of udders emitting pus and milk turned pink from blood due to infections of the udder, and footage of “downed cows” (a cow unable to stand or move on its own, unfit for human consumption) being moved by machinery and left in the “dirt to die.”[2] This type of abuse is not uncommon on factory farms.[3] 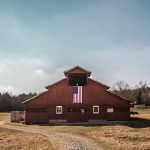 The public learns about these incidents because of the actions of undercover journalists and animal activists.[4] One of the most famous–if not the most famous–examples of undercover journalism exposing abuse in the agriculture industry comes from Upon Sinclair’s The Jungle. His novel highlighted the plight, abuse, and exploitation of immigrant workers in the meat-packing industry.[5] Ironically, despite trying to highlight the terrible aspects of immigrant labor, society especially took note of the awful and unsanitary conditions that meat was produced in, which lead to public disgust.[6] Although not his intention, Sinclair’s undercover work and publication led, in part, to the passage of federal meat inspection legislation.[7]

Today, in direct response to this type of whistleblowing, states have been passing what are known as “ag-gag laws.” Ag-gag laws are designed to protect the agriculture industry and criminalize whistle blowers revealing animal abuse. Ag-gag laws tend to include some or all the following elements: “prohibiting documentation, i.e., banning photography, video recordings, and collection of documents; prohibiting misrepresenting oneself in order to gain access to an animal agriculture facility, for example, failing to answer truthfully when asked if an applicant is a member of an animal rights group; [and] requiring the quick reporting to authorities of illegal animal cruelty.”[8]

For example, Alabama prohibits obtaining access to agriculture facilities under false pretenses for the purpose of performing acts not authorized by the facility, and criminalizes possession of information or records gained from that access.[9] The Alabama statute also makes it a felony if any loss of $250 or greater is sustained by the agricultural facility.[10] As of 2020, there are six states who have passed ag-gag legislation without defeat.[11] However, 17 states which have introduced ag-gag legislation failed to pass it, and multiple federal courts have ruled ag-gag legislation as unconstitutional based on First Amendment violations.[12]

When examining cases under the First Amendment courts will first examine whether there is a fit between the statutory ends and means.’”[13] That is, speech is a Constitutionally protected right, thus, the laws limiting or prohibiting speech must be justifiable.[14] Further, these types of laws must be justifiable given a “compelling state interest,”[15] and are “narrowly drawn to achieve that end.”[16] Laws abridging speech protected by the First Amendment face “strict scrutiny,” as do laws which are content based. These laws must be content-neutral and viewpoint-neutral.[17]

Further, ag-gag laws tend to be both “over-inclusive” and “under-inclusive.” They are over-inclusive because they are not narrowly tailored. That is, tort law protecting industries from this type of harm already exists. Not only do ag-gag laws overlap with this pre-existing tort law, they simultaneously affect constitutionally protected free speech. Ag-gag laws are under-inclusive because they protect the rights of only specific industries with no justification or “compelling interest” to protect those rights.[20]

A recent example of defeated ag-gag legislation comes from Idaho, which were found to be unconstitutional. The laws criminalized multiple acts to include lying in order to gain entry to an agricultural facility.[21] The Ninth Circuit, in Animal Legal Defense Fund v. Wasden, found that Idaho failed to demonstrate a compelling reason for criminalizing this behavior.[22] Essentially, the law criminalized lying to gain employment even though that lie did not necessarily yield material injury to the agriculture facility.

The court noted that this type of law lead to absurdities such as, for example, a teenager lying to get a reservation at a fancy restaurant could face criminal conviction despite the restaurant not suffering any injury.[23] Idaho claimed its interest was in regulating property rights and protecting its farm industry. However, even if the Idaho government did have a “compelling interest in regulating property rights and protecting its farm industry, criminalizing access to property by misrepresentation is not ‘actually necessary’ to protect those rights.”[24] Idaho already has a statute prohibiting trespass. More importantly though, the already existing statute did not implicate constitutionally protected free speech. Thus, not only did the ag-gag law mimic an already existing law unnecessarily, it also wrongly burdened free speech while the existing statute did not.

As of today, there are few federal regulations, and no statutes, protecting animals from abuse on factory farms. If history serves as a lesson, exposing cruelties on factory farms has proven effective in creating legislation to prevent animal abuse. However, state legislatures continue to attempt to criminalize this whistleblowing. Despite this,  more and more often ag-gag laws are being found unconstitutional, and likely will cease to exist as they currently do.

[4] See Paul Solotaroff, In the Belly of the Beast, RollingStone.com (Dec. 10, 2013), https://aldf.org/article/kate-mara-and-the-animal-legal-defense-fund-expose-animal-cruelty-at-dairy-farm/.

[18] See Ag-gag Across America, Center for Constitutional Rights, https://ccrjustice.org/sites/default/files/attach/2017/09/Ag-GagAcrossAmerica.pdf (last visited Dec. 9, 2020). However, not all ag-gag laws specifically protect agricultural facilities. Despite this, they still have the effect of chilling only speech critical of an industry.