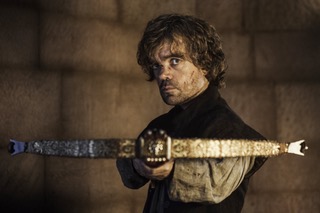 Bankruptcy is a bad word. Those in bankruptcy often keep it a secret from their friends and colleagues. After all, the idea of an individual declaring bankruptcy is often used as a tool to shame or otherwise undermine the confidence we should be vesting in that person. To be sure, paying one’s debts is an ideal prudent people strive for, but having debt to begin with is necessary to show that one can be trusted.[1] This is reflected well in our credit system: in order to obtain credit, its necessary to have previously borrowed and have paid back some or all of what was previously borrowed. In very rudimentary terms, the more one has borrowed and paid back, the more likely they are to be able to borrow again and the more they will be permitted to borrow.[2] This creates a bit of a sweet spot in what can be a vast balancing act—a sweet spot that the evolving conditions of our society make harder and harder to hit as more and more people rely on credit to fill the gap between their income and needs.

What happens when these debts loom so large that it restricts an individual’s ability to fully participate in commerce and society in a meaningful way? What is really more shameful here: hiding cash under your mattress or admitting fault, offering a peace, and receiving a fresh start? Considering the economic climate in which we live and the history and purpose of bankruptcy, should we be socially condemning those who utilize a statutory entitlement to regain control of their lives?

Our current bankruptcy system, created by The Bankruptcy Reform Act of 1978 is, as its name suggests, not the first shot Congress has taken to exercise its constitutional authority to “enact uniform laws on the subject of bankruptcy.”[3] Bankruptcy laws have been passed and modified consistently since the founding, always in response to national economic turmoil.[4] The 1800 Bankruptcy Act was part of an effort to form the national economy and was hotly contested between the Federalists and Jeffersonian democrats.[5]

As most might recall from Hamilton, Alexander Hamilton’s financial plan was designed to provide the union with a “new line of credit—a financial diuretic.”[6] Being “aggressive and competitive” would allow “the union [to] get[] a boost.” In truth, the 1800 act was modeled after the bankruptcy system then existing in England and only offered reprieve to merchants and bankers and distinctly favored creditors.[7] Nonetheless, the sentiment presented in Hamilton still rings (or raps) true and is demonstrated by the increasingly debtor-centered Bankruptcy Acts that succeeded the first.

Those successive acts and our current system offer consumers an exchange for financial freedom.[8] This exchange, put most simply, is trading property for a fresh start. This fresh start is the “discharge.” For consumers, a discharge means that what remains of their pre-bankruptcy debts at the end of their bankruptcy are forgiven. This “financial diuretic” allows consumers to participate in society and the market in a way that was likely difficult or impossible before.

The policy importance of the fresh start is pervasive in consumer bankruptcy discussions, both academic and in law. In Local Loan Co. v. Hunt, the United States Supreme Court aptly wrote:

“The purpose of the act has been again and again emphasized by the courts as being of public as well as private interest, in that it gives to the honest but unfortunate debtor who surrenders for distribution the property which he owns at the time of bankruptcy, a new opportunity in life and a clear field for future effort, unhampered by the pressure and discouragement of preexisting debt.”[9]

To that end, the Court consistently addresses bankruptcy issues with this policy in mind and takes care to ensure common law precedent is in harmony with this notion.[10]

To illustrate what this looks like, imagine the twenty-something who, through college and in the infancy of his professional career, racks up $10,000 (standard 23% interest) of credit card debt making ends meet. He rents an apartment and owns a used car. If he made the minimum payment, over $200, for this line of credit each month, it would take him 80 years to pay off that loan, ultimately paying over $126,000 in interest. Of course, it would behoove him to dedicate more of his income to this loan, but with the average salary for recent college graduates sitting at about $47,000 per year, it is unlikely that the cost of living would allow him to pay much more. Should the social stigma behind bankruptcy compel him to continue making small payments towards this debt for the rest of his life, or should he consider the option of a fresh start? For debtors such as this without meaningful assets, bankruptcy would be open and shut– a filing fee and a bit of paperwork would result in a discharge in a few short months and allow that debtor to reallocate those funds into retirement, a home, or countless other endeavors in which he might personally benefit. The stigma stops him, but should it?

[1] The most current example of this concept I can think of is the quote “a Lannister always pays his debts.” George R.R. Martin, A Game of Thrones (1997). Not only does this illustrate that incurring and repaying debt is a basis for trust, but also begs the question: would you trust a Lannister?