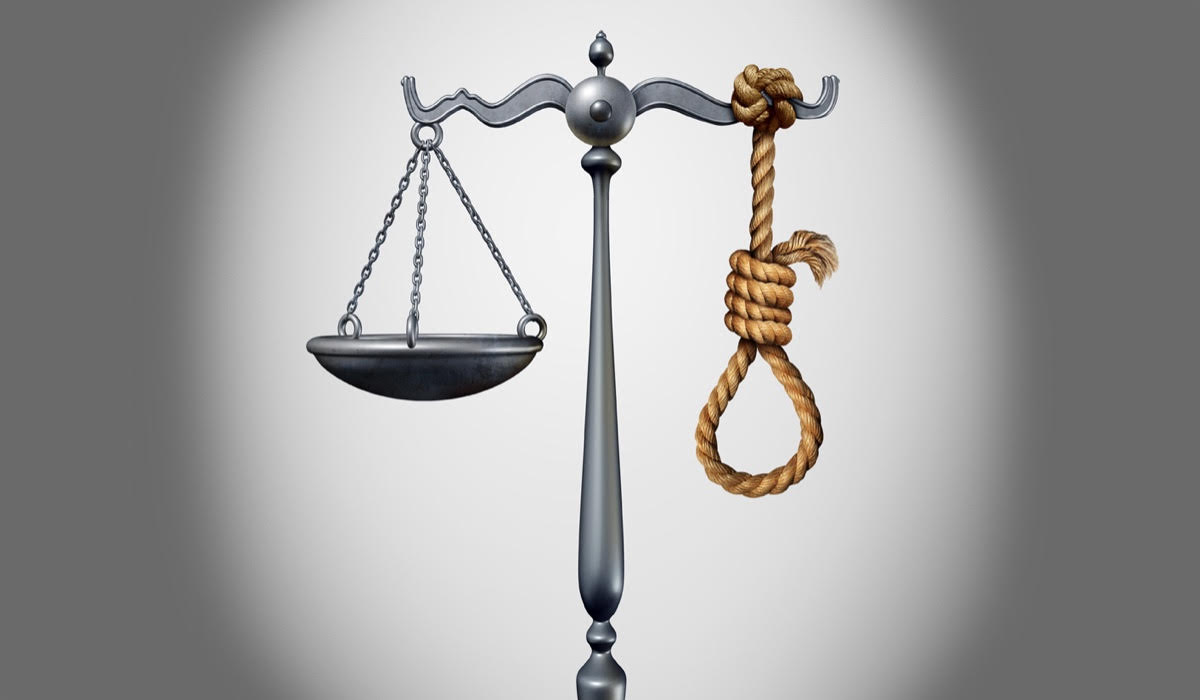 How, whom, and why our government punishes speaks a great deal about the values of our society.[1]It is an outward display of our society’s sense of justice, morality, responsibility, and accountability–and an insight into our humanity.[2]It comes as no surprise, then, that there are both staunch opponents and proponents of the death penalty.

The Supreme Court of the United States (SCOTUS) holds the death penalty is constitutional.[3]In Kansas v. Marsh, the defendant, Michael Marsh, was convicted of capital murder, first-degree premeditated murder, aggravated arson, and aggravated burglary.[4]Marsh was able to argue successfully before the Kansas Supreme Court that the Kansas Death Penalty Statute was facially unconstitutional, but SCOTUS reversed.[5]

In Justice Thomas’s majority opinion, the Court held that the Kansas statute was not facially unconstitutional because the statute only allows the imposition of the death penalty when the State has proved beyond a reasonable doubt that mitigating sentencing factors do not outweigh aggravating ones.[6]The Kansas statute actually went farther than a previously upheld Arizona Death Penalty Statute, which required the defendant to prove that that mitigating circumstances outweighed aggravating ones.[7]

However, the Court’s holding does not speak directly to whether it should be constitutional. There appears to be some disconnect in the discussion over the moral, rather than legal, merits of the death penalty because people are answering two different questions. In the following paragraphs I hope to shed some light on the both sides of the debate, so we stop talking over one another’s head.

Proponents seek to uphold a moral principle that the punishment ought to fit the crime, so in some circumstances it is imperative that the government take a convict’s life.[8]Those circumstances extend to some types of murders, particularly those that involve other heinous crimes.[9]

The foundation for supporting the death penalty here is the value of human life. Any other punishment for the most egregious of murders cheapens the human life of the victim because society teaches how bad an action is by how it punishes that action.[10]

The fundamental concern for proponents of the death penalty is morality or justice. However, the opponents’ argument centers rather on practical concerns, and this is where the disconnect lies.

One opponent, Hugo Bedau, argues against the death penalty at a moral level.[11]Yet, most of his arguments against it focus on its administration.[12]Namely, that (1) it is “applied in an unfair and unjust manner,” against people based on their race, economic status, or location, and (2) it wastes tax-payer dollars because it does not actually deter crime.[13]

Our judicial system is inaccurate–and admittedly so, conviction requires proof beyond a reasonable doubt, not any doubt. So, there are some innocent people who are found guilty and receive capital punishment. Since 1973, there have been 165 death row exonerations.[14]For example, Texas executed Carlos de Luna in 1989 for killing a gas station attendant, Wanda Lopez, but was later exonerated by the work of Professor Liebman and twelve students at Columbia University Law School.[15]

There is a huge racial and economic disparity among the executed.[16]And, as Justice Breyer argues, “individuals who are executed are not the ‘worst of the worst,’ but, rather, are individuals chosen at random, on the basis, perhaps of geography, perhaps of the views of individual prosecutors, or still worse on the basis of race.”[17]Therefore, the administration is arbitrary unjust.

Going forward, it will be helpful then to delineate which question you are discussing. A simple way is to ask the questions I have provided above. Another would be to ask other clarifying questions like “Are you opposed to the death penalty because you think it is immoral or impractical?” or “Even though you are for the death penalty, wouldn’t you agree that our administration of it should be fair?”

No doubt, there will be disagreement over the answers to those questions. But at least you will be discussing the same question.

[11]Hugo A. Bedau, The Case Against the Death Penalty, ACLU (2012), https://www.aclu.org/other/case-against-death-penalty