Is the Experience of a Photo Dependent on Synaptic Activity?

Posted on August 15, 2018 | Comments Off on Is the Experience of a Photo Dependent on Synaptic Activity?

The Necessity of Synaptic Communication 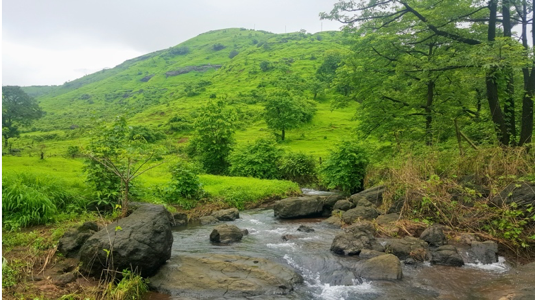 The visual experience of an individual has a substantial influence on their perception of the world. Vision enables individuals to comprehend the beauty that surrounds them, and therefore, the processing power of a human brain combined with the clarity of vision from a human eye gives humans a uniquely adapted ability to experience a photograph intensely. Looking at the picture above can make someone feel a burst of tranquility, while it may make another feel excited about the future. These completely different sensations, catalyzed by the visual experience of the beholder, occur through synaptic communication. In essence, everything an individual feels about this picture can be broken down into the biological process of synaptic communication. To prove this, it must be shown that every single process that occurs in a visual experience, no matter the complexity, can eventually be summarized by synaptic communication through neurotransmitters.

When light activates rods and cones in the retina, they immediately “[convert]” the light into “neural activity” that breaks down the light into different messages about what an individual is seeing (Bear, 2016). This process of visual transduction is the only “source of output from the retina” to the brain (Bear, 2016). Because every single action potential that fires needs synaptic communication, it proves that from the very beginning of the process, synaptic communication is necessary.

Synaptic communication occurs throughout the rest of the visual pathway when neurotransmitters from the presynaptic neuronal eye cell are secreted into the synapse. This allows the postsynaptic neuron to absorb the specific message and send it along its axon. Looking at the photo above will primarily activate the cone cells sensitive to green along with other cone cells and rod cells that are sensitive to the outlines of the picture. These messages are sent to the brain, through synaptic communication in the optic nerve, until they reach the primary visual cortex. This portion of the brain will send different messages to the what and where pathways along with information to the amygdala, the LGN, and various other cortexes (Bear, 2016). However, the only way for this to occur is if the neurons can communicate with one another via synaptic communication. To accomplish successful communication, the neurons must release neurotransmitters in the synapse to send a message to the next neuron so that the firing of action potentials and successful delivery of a message can be achieved.

Eventually, the beholder will feel something by looking at the picture. They will recognize it as a lush mountain, and they will attach sentiment to it. Their memories and past experiences will enable them to feel something uniquely true to themselves because of the photograph. It is critical that synaptic communication occur because it is the stepping stone for visual experience. Visual experiences enable humans to understand a picture and perceive it in their own, unique manner, which gives a photograph the ability to affect minds profoundly.