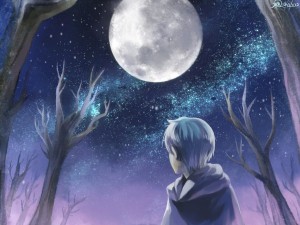 In November of 2012, Paramount Pictures released a film called Rise of the Guardians, based loosely on William Joyce’s The Guardians of Childhood book series.   The opening scene of the movie is jarring.  The dead body of an adolescent boy, Jack, floats upward toward the ice-covered surface of the lake in which he has just drowned.  We see what Jack would see were he alive – a jagged hole in the ice above him, growing closer as he rises in the water, and beyond that hole we see an impossibly big, beautiful full moon shining down on his lifeless body.

You probably know the rest of the story.  Not because you’ve necessarily seen the movie or because the story is particularly predictable.  You know it because the tale of the hero’s journey has been told countless times in different forms across all human cultures.  Our hero, Jack, is dead physically but not dead in spirit. 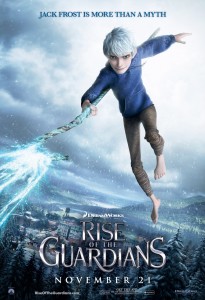 That beautiful moon, which pulled him toward its light, decides to endow Jack with immortality along with the power to create instant snow and ice.  He is now Jack Frost.

Rise of the Guardians is a secularized version of an ancient tale of God’s role in creating and assisting heroes on their journeys.  The moon, of course, symbolizes a divine or higher power, a source of immense light, wisdom, and authority.  The moon is also a mystery to Jack; he does not know why the moon has transformed him into Jack Frost, nor does he understand why the other guardians of the world – Santa Claus, the Easter Bunny, and the Tooth Fairy — wish to recruit him into their heroic fold to fight the story’s villain.  Jack’s efforts to infer the moon’s intentions and motives are a recurring theme in the film.

The spiritual significance of the hero’s journey has been aptly described by Richard Rohr in his 2011 book Falling Upward.  Rohr argues that all heroes are summoned by a higher power to a great journey, and that the catalytic agent of this journey is some type of death, deficit, or wounding suffered by the hero.  The story is as old as the fall of Adam and Eve in the first chapter of Genesis, and it emerges in countless stories of ugly ducklings, Cinderellas, and other underdogs who through magic or divine intervention turn their wounds into triumph.

In Rise of the Guardians, the large, luminous moon pulls Jack toward its light in a manner consistent with many accounts of near-death experiences.  His physical failing is necessary for his spiritual rising and for his true identity to emerge.  In his new life as Jack Frost, 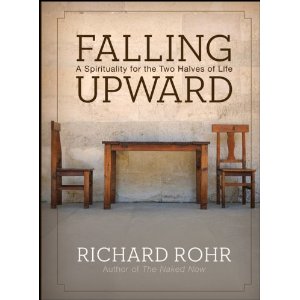 the boy is tormented by the fact that no one can see him or his icy cold handiwork.  For centuries he remains unrecognized and unloved, and he is haunted by his lack of memory over the circumstances of his death in the icy waters.

With the help of another character, Baby Tooth, Jack’s memory is restored.  He comes to understand that he died on the icy lake while saving his sister’s life, thus illuminating his destiny as a deserving guardian.  This knowledge empowers Jack to complete the heroic journey that the moon set in motion centuries earlier.  He uses his wounds to transform himself and to redeem the world, much like the crucifixion and resurrection of Jesus in the New Testament.  Richard Rohr argues that nearly all hero stories follow this pattern.  Unlocking the divine secret of our wounds is the surest path to heroism.

Rise of the Guardians is not the best film of 2012, nor is it the best hero story of the year.  But it skillfully uses the classic elements of the hero’s journey to craft a compelling tale of loss, pain, transformation, and redemption.  The moon’s portrayal of a higher power that instigates the entire journey is unmistakable.  Richard Rohr believes that a higher power summons all humans on this heroic path.  Our falling is necessary for our rising, with setbacks serving as the essential redemptive seeds of our own heroism.  Rohr quotes Julian of Norwich: “First, there is the fall, and then we recover from the fall.  Both are the mercy of God.” 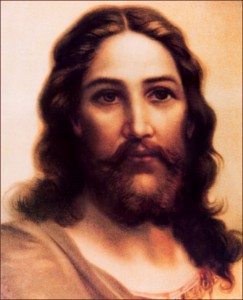 Regardless of whether you believe in the divinity of Jesus of Nazareth, there is no denying his unparalleled impact on western thought and culture. Jesus is the spiritual leader and hero to more than 2 billion people around the world. What accounts for the enduring power of his heroism? An examination of his life reveals five important clues.

In our studies of heroism, we have found that the “born hero” is a rare breed. Extraordinary situations typically bring out the heroes among us. But in every Sunday Christian service, and especially during the Christmas and Easter seasons, much of the world honors the most powerful story of the born hero in the western world. Being endowed with divine DNA makes Jesus an especially revered hero.

2. Jesus Was A Revolutionary

Jesus was, and is, a polarizing figure. During his lifetime, his followers witnessed him perform miracles and believed in the new morality that he preached: a message of love, gentleness, generosity, and forgiveness. These values conflicted with Roman values of power and strength.

People admire the courage of a revolutionary. In his day Jesus was a rebel who violated Jewish customs and defied Roman law. Like Socrates of ancient Greece, Jesus could have spared his own life by offering some defense of the social disruptions he caused. But he did not. His threat to the status quo was deemed too great by Roman authorities, and he was gruesomely executed. 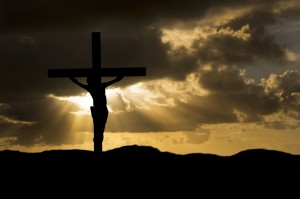 3. Jesus Suffered On The Cross

Our research on heroes indicates that people especially honor heroes who experience pain and suffering during their heroic acts. The more that heroes suffer for their cause, the higher the pedestal on which we place them.

The Romans made sure than anyone who died by crucifixion would suffer horrifically. Jesus was violently flogged before his crucifixion. Iron balls and sharp sheep bones were fastened near the ends of the whips. The iron balls caused deep bruising and the bones lacerated the skin. There was ample blood loss and Jesus’ level of pain would have put him a state of shock.

Jesus was then forced to carry the heavy cross to the crucifixion area, where his wrists and heels were nailed to the wooden beams. After hours of agony on the cross, Jesus would have succumbed to a combination of asphyxiation and blood loss.

4. Jesus Died To Save Others

Christians believe that Jesus died to save the world. The circumstances surrounding his death are largely responsible for the formation of the Christian faith. The Gospels tell us that three days after he died, Jesus rose from the dead and was lifted to heaven. The story of the resurrection is a central part of Christianity because it signifies to Christians that God approved of Jesus’ work on earth and that Jesus lives forever.

After Jesus died, many of his followers were burned, stoned, or crucified by Roman authorities. This persecution backfired. As martyrs, these Christians were the source of inspiration for millions of people who began practicing the faith.

Jesus was, and is, a transforming leader, inspiring people and elevating them to new levels of morality. Historian and author H. G. Wells wrote, “I am an historian, I am not a believer, but I must confess as a historian that this penniless preacher from Nazareth is irrevocably the very center of history. Jesus Christ is easily the most dominant figure in all history.”

Mahatma Gandhi, a Hindu, had nothing but praise for Jesus, describing him as “a man who was completely innocent, offered himself as a sacrifice for the good of others, including his enemies, and became the ransom of the world.” Referring to Jesus’ sacrifice at the cross, Gandhi said, “It was a perfect act.”

In summary, there are five reasons for Jesus’ heroism: his birthright, his revolutionary beliefs, his suffering, his mission to save the world, and his transformation of the western world. Will he still be worshipped as a hero 2,000 years from now? We cannot even begin to conjecture. As with many transforming heroes, the legend is compelling, the message is powerful, and there are iconic institutions in place to ensure significant staying power.